While You Worried About Univision & Trump, DHS Tried to Address Immigration Detention Crisis

Listen, we all know that the Latino digital sphere is going crazy about what Univision did to Donald Trump today and also what Univision anchor Jorge Ramos wrote earlier this week. So it doesn’t surprise us that news about the Department of Homeland Security has gotten lost in the social media shuffle. What follows ia full statement published yesterday from Jeh Johnson about the current family detention crisis that has become a stain on the Obama Administration. According to Johnson, DHS “must make substantial changes in our detention practices with respect to families with children.” 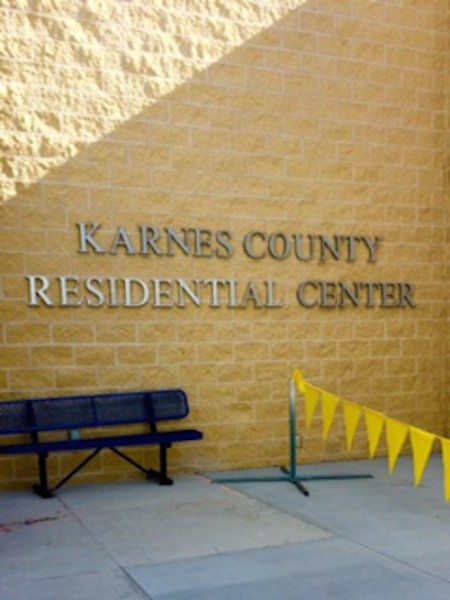 ICE Director Saldaña and I understand the sensitive and unique nature of detaining families, and we are committed to continually evaluating it.  We have concluded that we must make substantial changes to our detention practices when it comes to families.

Last summer we faced an unprecedented spike in illegal migration from Central America.  A substantial part of that migration was adults who brought their children with them.  In order to avoid a situation, after apprehension, in which we simply processed these individuals, escorted them to bus stations and released them, we increased our detention capacity.

We took a number of other steps in response to last summer’s spike, working with our government counterparts in Mexico and Central America.  This year the number of those apprehended at our southern border – an indicator of total attempts to cross the border illegally – while still high, is down considerably from before.  Indeed, if the current trend this fiscal year continues, the annual number of total apprehensions at our southern border will be the lowest since the 1970s.

We continue to be vigilant in watching for any upswings in this migration pattern, and we know we must be prepared to respond in that event.  We have also increased our capacity to focus our enforcement resources effectively on those who have recently crossed the border illegally, and on those who represent threats to public safety.

I and other DHS officials have conducted numerous visits to family residential centers.  I personally visited the Karnes, Texas facility on Monday of last week.  While there, I inspected the facility, the lodging, the dining area and the classrooms for children, and spoke directly and privately with the health providers.  Most significant, I spoke with dozens of Central American mothers at the facility who came to this country illegally seeking a better life for their children and themselves.

I have reached the conclusion that we must make substantial changes in our detention practices with respect to families with children.  In short, once a family has established eligibility for asylum or other relief under our laws, long-term detention is an inefficient use of our resources and should be discontinued.

In May, ICE announced a first round of reforms which we have already begun to implement; they include:

First, we have begun reviewing the cases of any families detained beyond 90 days to evaluate whether detention during the pendency of their immigration case is still appropriate.  Priority is being given to the review of the cases of families who have been in these residential centers the longest.

Second, we have discontinued invoking general deterrence as a factor in custody determinations in all cases involving families.

Third, we are appointing a Federal Advisory Committee of outside experts to advise Director Saldaña and me concerning family residential centers.

Today we are announcing additional important reforms.  In the last few days, Director Saldaña and her senior immigration enforcement team have presented me with a plan to offer release with an appropriate monetary bond or other condition of release to families at residential centers who are successful in stating a case of credible or reasonable fear of persecution in their home countries.  Further, Director Saldaña has also presented me with criteria for establishing a family’s bond amount at a level that is reasonable and realistic, taking into account ability to pay, while also encompassing risk of flight and public safety.  I have accepted and approved this plan.

Additionally, I am directing that USCIS conduct credible fear and reasonable fear interviews within a reasonable timeframe.  In substance – the detention of families will be short-term in most cases.  During that time, we will have the opportunity to confirm accurate address and sponsor information so that ICE can more effectively monitor and ensure compliance with immigration obligations.  During that time, families will also receive education about their rights and responsibilities, including attendance at immigration court hearings and other reporting requirements.

Finally, continued use of family residential centers will allow for prompt removal of individuals who have not stated a claim for relief under our laws.

Our larger hope is that Central American families will heed our repeated calls to find a safe and lawful path for the migration of children to the United States.  Late last year, we established in-country refugee processing in Guatemala, El Salvador and Honduras, for the children of those lawfully present in the United States.  We continue to encourage families to take advantage of that program.  I have personally seen enough to know that the path of illegal migration from Central America to our southern border is a dangerous path and it is not for children.

We also urge Congress to grant President Obama’s $1 billion request for aid to Central America, to finally and firmly address the underlying causes of illegal migration in Guatemala, Honduras and El Salvador – the so-called “push factors.”

Border security continues to be one of my top priorities as Secretary of Homeland Security.   As I have said before, our borders are not open to illegal migration.  I know also that we must enforce our immigration laws in a fair and humane manner, consistent with our values as Americans.

What are some saying about Johnson’s statement? 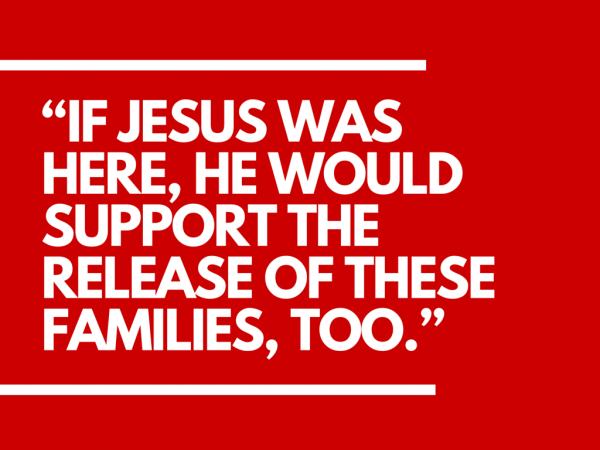 From United We Dream’s Greisa Martinez:

The fact that our community needs to fight to stop the practice of putting little kids in jail is outrageous in itself.  But we are fighting and making change happen – [yesterday]’s announcement by Secretary Johnson that DHS will lower the costs for families to be released on bond and pursuing alternatives to family detention is a sign of progress but those changes are not enough.”

The reality is that the practice of family detention remains in place and United We Dream calls on DHS to end it immediately.

Family detention is inhumane. It’s been well documented that placing women and children in detention centers can have severe psychological effects and could be detrimental to a child’s development.

Several Democratic members of the House of Representatives said Johnson’s statement really didn’t account for much, as reported by the HuffPost. For example, here is what Rep. Raúl Grijalva (D-AZ) said:

I understand that DHS is making some initiatives to try to soften the situation in these two detention centers and others, but quite frankly, I don’t care how much lipstick you put on it. The fact of the matter is that it is a prison for women and children.

Then there is what House Judiciary Committee Chairman Bob Goodlatte (R-VA) said in a statement:

The ongoing surge of Central American families and children arriving at our border is a crisis of President Obama’s own making and today’s announcement from the Department of Homeland Security only encourages more children and families to make the dangerous journey to the United States. The Obama Administration’s failure to detain recent border crossers and those responsible for the surge is outrageous, especially in light of new information showing that the vast majority of unlawful immigrants and their children who are released into the U.S. and have removal orders never show up for their court date. By refusing to detain unlawful immigrants until their claims are proven legitimate, the Obama Administration is practically guaranteeing that they will disappear into our communities and never be removed from the United States.

The best way to deter illegal immigration is to enforce our laws in the interior of the United States and detain those who illegally cross our borders while their cases are pending. However, the Obama Administration refuses to take the actions necessary to end the crisis at our southern border and instead continues to take steps in the opposite direction that only encourage more to come.

This is so much more important than a beauty contest and a blowhard racist candidate, no?

One response to “While You Worried About Univision & Trump, DHS Tried to Address Immigration Detention Crisis”