EDITOR’S NOTE: An earlier version of this piece was published on the author’s blog. Maira has given us permission to republish her essay on our site.

Time is money and money is time.

I know, I’m a first generation art student who has to constantly shoot down any sporadic spurts of adventure to get to my 9-5, to make money to spend on filming equipment.

Growing up in Sunset Park, (not Lefferts Gardens to all you guilty people), I had a strong sense of family and protection. This also blinded me to reality—of course I would go to college like all of my cousins, but like all of my cousins, I wouldn’t know what to do afterwards. I  didn’t realize that I was in a cycle so many children of immigrants find themselves in, one where there are no grace periods to find ourselves. We have to get things done right, and in a timely fashion, because, after all, our parents sacrificed their lives to give us a better one (we all know the story.) This story is practically braided into my own DNA even though my biggest migration has been from Brooklyn to Queens. 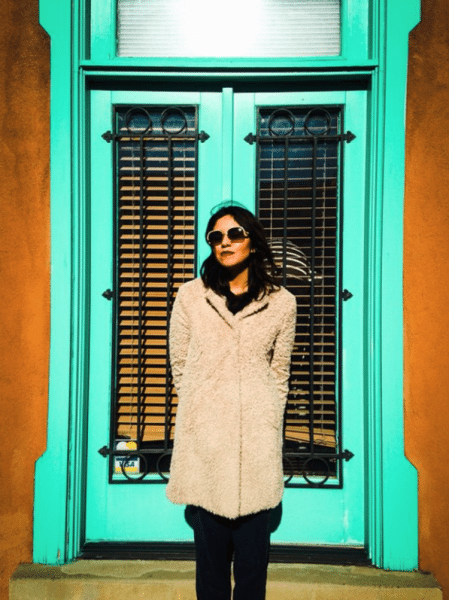 While in high school, I was a straight A art student, drawing and painting social justice pieces that got me into SVA (School of Visual Arts) and every other art school I applied to. My binder was filled with so much art equipment that it became a competition amongst my classmates to have the latest paint brush or gadget, a practice that I’m still guilty of today. I assumed my parents had an infinite amount of money, that they would continue to buy me art supplies and that my $5,000 a semester (with financial aid) tuition would be nothing. After all, they paid for my Catholic high school. Let’s ignore the fact that for seven years my dad worked until midnight, seven days a week, as a pizza man.

Both my mom and dad gave me everything I wanted, but when your family protects and loves you as much as mine did, you never want more. Especially growing up around other cousins whose lives mirror your own. I didn’t know I could want more.

And want more, I did.

The other SVA students lived by themselves, or in dorms. None of them had to take the A train, a train I admired from a distance as a kid and grew to loathe as an adult. This train also gave me the greatest gift a New Yorker could ask for: the ability to take luxurious naps and never miss my stop. But I digress. The other students could walk to class, carrying a few supplies since everything was so near. They also hung out during the weekend, painted when they had time and still had enough energy to get into drama. I saw privilege everywhere. My first week at SVA, I applied for a job at a local beauty store and discovered the old saying “time is money, money is time.”

I knew in my hearts of heart that I didn’t want to paint or draw, that I wanted to study social science. I didn’t mind transferring out of SVA to go to a “normal” college. While at my third college, Hunter College, I discovered another group of wealthy students: the Social Science bunch. 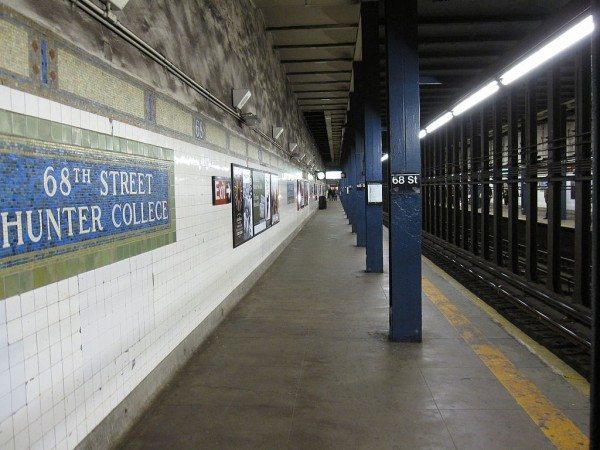 At least artists glorify the look of poverty, it gives them that extra spice when they can’t find the courage to cut off their own ear. I could fit in with this crowd, as I actually did not have money. On the other hand, Social Science students, are aware that their future requires major studying time—they don’t have time for a part-time job and there’s nothing glorious about poverty unless you’re studying it. So it was up to their parents to provide endless funds to curate a life of academia and privilege. I wondered how they could be real, if they didn’t have actual responsibilities.

Aside from observing my surroundings, I started to think about the past of these people I met and how it differed from mine. Why couldn’t I bond with these kids? I too went to private school and I too have been on vacation to Third World countries (let us exclude that my abuela lives there.) I thought I knew what it meant to be worldly.

After all, I can speak two languages.

This new sense of worldly was so far removed from my reality that I knew I couldn’t catch up even if I wanted to because it’s tied to our past.

At one point, I interned at Maysles Cinema, where I met my first French friend. She scolded me for letting my tía buy me a Louie bag. She said money was better spent on traveling, having experiences—not on material goods.

And she was right, I know now that my wealth is internal, and a bag shouldn’t define me. It’s my presence  and self value that counts. But there was something that still irked me about her freedom in resigning material wealth. She had no idea how wealthy she was ($100 haircut compared to my $10 Jamaica Ave haircut, need I say more?), and that this bag was actually freedom for me. I could finally own something of tremendous value and not feel guilty for having it, even if it was my tía who bought it for me.

My French friend, on the other hand, always had the option to say no to these goods. She couldn’t understand my shallow freedom. And of course, while she had the luxury of traveling, I had to work at a toxic restaurant, barely making $200 a weekend to enjoy coffee with her. Time spent hanging out with her required money for food, sweets and movies. Just walking around required $5 in my pocket, in case she wanted coffee or a croissant. I use to calculate every dollar, going crazy when I received a big tip that I would later write off as a donation to Sephora.

Today, I’m a graduate student at The New School, discovering a whole new sector of privilege. Although I work full-time at a fashion logistics company, I’m constantly convincing myself not to quit. I have a plan to stick it through, as well as my two-hour commute from Long Island into the City, because I know I deserve to be amongst this crowd. I deserve to know what’s being taught behind these overly designed doors and to do with it what I will. I also know I too have privilege, that my critical thinking and self-awareness is a privilege due to years of studying. But it’s still a struggle to know I have to be at a job that’s not what I voluntarily choose to do, that I would rather have time to write, film and edit.

If I had the luxury of time, I would have perfected the skills to make me the best in my field. This is why we don’t see many Latin@s in media. The life of an artist is shaped early on, with classes, financial support, exposure to understanding art and time to perfect their craft. When you’re busy translating for your parents and living up to their expectations, this becomes quite complicated to compete with.

Maira Nolasco is the founder of sonicfeminista, “a place where we can see what’s going on with feminist collectives, communities, and profiles of those that are currently leading the way.” She tweets from @SonicFeminista.