—Pues primo, titi’s behavior is what happens in colonial societies. You don’t learn to value yourself let alone other people. Your mom is an empty shell full of rah-rah American bullshit fed to young Puerto Ricans that tells them they can never be satisfied unless they chase the American dream and leave the island behind.

Being a part of the diaspora community, I hear a lot about “otherness”—racial otherness, cultural otherness, economic otherness. But one of the things that seems to be a bedrock in the Latino community, both here and throughout Latin America, is the importance of family.

Family is the great unifier, and at the heart of that family is the mother. Fathers are great and special in their own way, but fathers are also fallible, and there is zero hesitation to call out an abusive, deadbeat or absentee dad. If there is one family member who can be dragged through the mud, the patriarch is fair game.

The mother, however, is sacred. And yet if there is an otherness that afflicts me more than the usual suspects, it is the otherness of having an abusive, bi-polar mother who is the source not only of much trauma and turmoil, but is also a central figure in Kings of 7th Avenue. 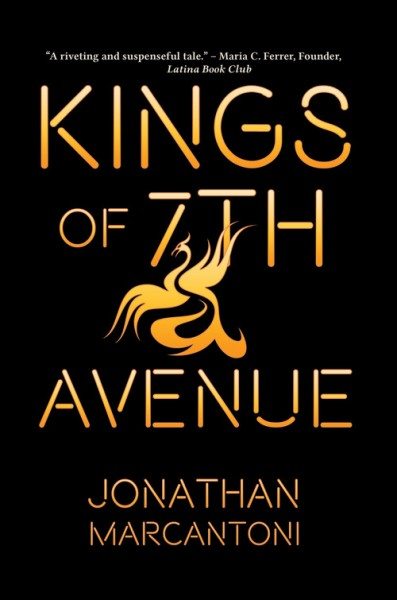 My mother grew up in a Puerto Rico that never embraced feminism to the extent that other Western countries did. Women were little more than property, to be used as you wished. The role of a woman was to be a mother and wife, or a sex object, and nothing else. My mother was not raised to have an identity of her own, interests of her own. She had zero autonomy over her body but, more important, she had no autonomy over her mind. With control over her mind–the only control she had–she would have carried a great deal of baggage, but the fact that she cannot (or seemingly cannot) control how she responds to other people manifested in extreme, and hurtful ways.

One of the most difficult aspects of being my mother’s son was learning to separate what reactions were the result of her disease and which ones are the result of her own turbulent upbringing with an abusive, alcoholic father. That was followed by a marriage to a difficult man who did not hesitate, when she finally set out to get her education and become a teacher, to tell her routinely what a bad mother and wife she was, attacking the sole identity she was ever allowed to have.

My intention with Kings was not to make my mother look bad, but rather to try and understand her and, by extension, other women from her generation. Mothers of sons begotten of bad marriages who usually, but not always, stifled their son’s creativity and independence.

One of the clearest observations from my time in Tampa was the inordinate amount of grown Latino men who could not make a decision without their mothers’ approval, who could not form relationships with other women because they could not bear the idea of cutting the umbilical cord. The mothers, time and again, were Puerto Rican women who grew up in the 60s and 70s as mine had. I wanted to understand these women and how their behavior, instead of making their sons respect women, made them denigrate women. How can you regard females as equals when the main one in your life is co-dependent, insecure and lacking the emotional strength to do more than merely survive?

Such mothers unintentionally promote the misogynistic notions of women being too “emotional” to don responsibility. If your mother is a source of pity, by extension that makes all other women a source of pity, unless one comes along and is able to prove otherwise.

But to speak out against the holy mother is sacrilege in our community. Our mothers are supposed to be saints. Our mothers only do what is best for their children. Mothers never stray in their devotion. Even mistakes are part of a grand design to better our lives. How can we view women as human beings and equals if we cannot view our own mothers that way?

Yet I hope the book speaks to those sons like me, who come Mother’s Day do not post on social media pictures of them cuddling up with their dear mamas and writing odes to the joy, beauty, greatness and the sacrifice of the women who birthed them. Sons who had to learn to respect women from surrogate mothers or from the women they married. Sons who have trouble speaking to their moms and feel a sort of isolation when their community and the world at large do nothing but venerate and hold dear the primary source of their life’s sadness.

It is a privilege to be able to regard at least one parent in a mythological fashion into adulthood. The myths we share of our parents and the roles they inhabit, while they can be a source of comfort and pride, also keep our parents at arm’s length.

I did not have a good relationship with my father until I stopped holding on to the myth of his infallibility. Seeing him as a human allowed me to love and respect his journey to be a better person, even if it wasn’t carried out until I was an adult.

But what of my mother, whose humanity is so scarred, so trapped in the cycle of mental illness and past abuse, that she has decided to focus on me above all other people to inflict her worst behavior? What happens when you try to regard the person and find that they are sad at best and monstrous at worse? You wish you could get the myth instead, that’s what. You wish the myth were real.

I leave you with a glimpse into the dynamic between Alicia and Tony. It is difficult showing only a snippet of Alicia, because the way I wrote her character was for her mental mood swings to encompass entire scenes. It is not a matter of her saying something mean one minute and something nice the next. There is an evolution to her episodes, like a jazz suite, and as a result her scenes are long and bob and weave around her unpredictability. Yet one scene gives a glimpse into the complex terrain of her mind, where it is not entirely clear where her mental illness ends and her logic and reasoning begins.

This happens to have been one of the hardest scenes for me to write, as it is a blend of things my mother has actually said to me and things I have wanted to say to her. A painful moment but, like I stated above, it is terrain that many people have suffered.

Maybe you will read it and know you are not alone. 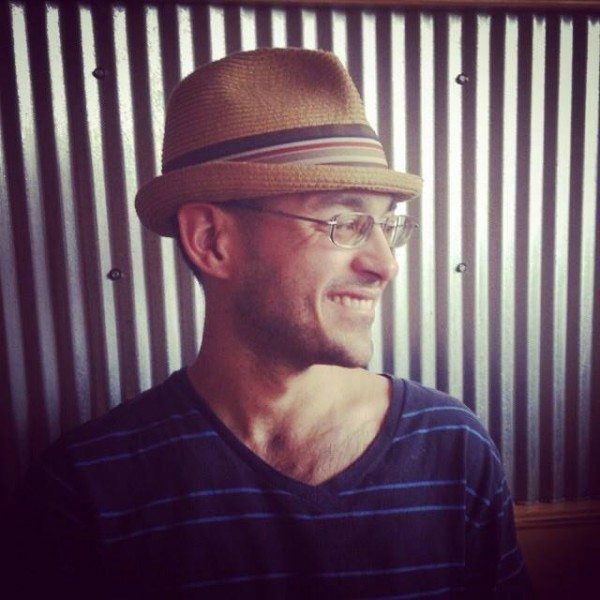 Alicia was on the couch, drinking coquito, her body rigid, her eyes far off and pained.

—You took forever. I couldn’t wait any longer. You shouldn’t do that to your mother. She has had a very bad week and just needed her son.

Her eyes darted in his direction, taking on life, but it was frantic, uncertain.

—Would you like some coquito? I just made it. Let me serve you.

She marched to the kitchen, her mind clearly in a daze, her hands grabbing and nearly knocking over the bottle of coquito. The glass almost slipped out of her hand.

—But that is what you do. People think you’re so caring and so loving, but you’re not. You’re mean and manipulative and thoughtless. You never once think about me and my feelings or what I’m going through.

—Why don’t you calm down?

Alicia snorted, and as though she forgot about the glass in her hand, smacked herself in the head, her hand releasing the coquito which then fell on her feet.

—Look what you made me do? I spilled the damn— Can you pick that up? I need to sit—

—Ma, you need to stop and tell me what is wrong.

—Nothing is wrong. Everything is perfectly fine—

—I, I know that. But you need to calm down and tell me what is wrong.

—I told you. Nothing. Nothing is wrong. I just woke up, and the house was empty, and I remembered that first Christmas after the divorce, when you stayed with me, and I thought how wonderful it was that you were there to keep me company. Andrés had decided to spend it with your father, but not you. You were there.

—Yes, I remember that.

—And now you’re not. I woke up and you weren’t here.

—Why not? Am I so horrible?

—I AM NOT SICK, STOP SAYING THAT.

—Ma, you’ve had three doctors tell you the same thing, that you have Bipolar Disorder—

—That’s a lie. Andrés told me.

—He loves me more than you. You never loved me.

—You just want to be with your whore.

—She is not a whore and don’t you bring her into this.

—You have never put me ahead of her.

—You haven’t made it easy.

—You’re so mean to me. You’re a terrible son and I hate you.

—I do not have a disease. I am perfectly normal.

Tony placed his hand over his mouth, trying to calm himself, but instead he swung his arm back into the wall, causing Alicia to jump.

—This isn’t about me. It’s about you being sick and not wanting to admit it and treating me like shit and I let you. For years I let you walk all over me and convince me that I was nothing. If you aren’t sick then you are the most evil bitch on the planet because no mother should talk to her child that way. So how do you explain that? If you’re not sick, how could you tell me I was worthless? How could you tell me I wouldn’t amount to anything? That I was a bad person and unworthy of happiness? How could you say that to your son? How? ANSWER ME.

Alicia was still for the first time since Tony had arrived. Her body did not shake. Her eyes did not dart back and forth. She looked in the direction of her son, but couldn’t bring herself to meet his stare. Her heart rumbled and her voice cracked as she tried to form the words she wanted to say. Then finally she propelled herself forward, her hands reaching for her son’s face.

In my next and final installment, I discuss the book’s revolutionary style of “visualism” and the new literary genre of “Neo-Puerto Rican Literature.”

Kings of 7th Avenue is available via the publisher, Amazon and at Barnes & Noble.

Jonathan Marcantoni is a Puerto Rican novelist and co-owner of Aignos Publishing. His books, Traveler’s Rest and The Feast of San Sebastian, deal with issues of identity and corruption in both the Puerto Rican diaspora and on the island. He is co-founder (with Chris Campanioni) of the YouNiversity Project, which mentors new writers. He holds a BA in Spanish Studies from the University of Tampa and a MH in Creative Writing from Tiffin University. He lives in Colorado Springs and can be reached at jon.marcantoni@gmail.com.

One response to “Kings of 7th Avenue: Mami Dearest”