The Band with Many Names: ‘Hispanic’ or ‘Latino’?

Here’s the history lesson you should have been given before filling out the census with Hispanic or Latino.

During the 1830s, a French intellectual named Michel Chevalier imagined that the romance language-speaking people living in this part of the world constituted a Latin race that could align itself with European countries that also spoke a romance language. This idea of joining Latin America with Latin Europe was an example of Eurocentricity at its finest, but also part of a movement for pan-Latinism that continued for several more decades.

And here we thought identity politics was something new.

In 1856, the term Latin America is first introduced by Chilean politician Francisco Bilbao. Interesting to note that what begins as a racial category later becomes a geographical category. However, before Latin America becomes an established term, there is competition between other terms such as Ibero-America and Spanish America. It wasn’t until 1948 that Latin America became the officially adopted term. That is when Comisión Económica para América Latina was formed under the United Nations. From there, a generation of writers in the 1960s were branded as the Latin American Boom generation. This was then reinforced by the development of Latin American studies as an academic discipline. 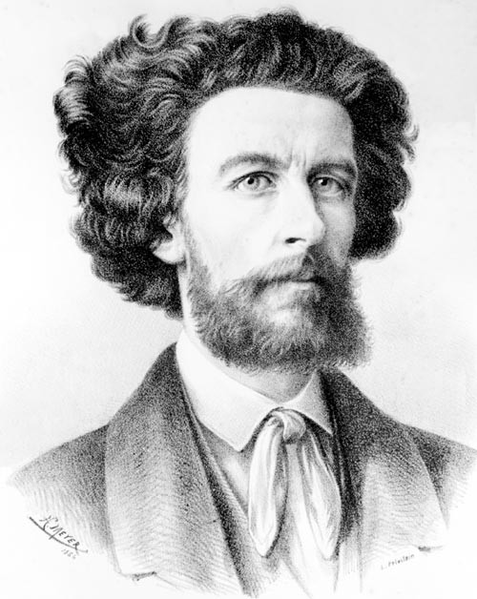 But how do we really feel? I’ll let Thomas Holloway explain:

Latin America as a term ignores or claims dominance over other cultures in the region, which have recently come to reassert their distinctive traditions, including a plethora of languages spoken by tens of millions of indigenous people—none of which have any relationship to Spanish or Portuguese (or Latin) beyond a scattering of loan words.

This is only the beginning, I’m afraid. In 1970, the term Hispanic is introduced in the United States and is later included in the census. According to Dario Fernandez-Morera, associate professor of Spanish and Portuguese at Northwestern University, the term Hispanic was an attempt to “classify … people living in the United States who were Spanish speakers, or belonged to a household where Spanish was spoken, or who were somehow of Spanish heritage, or who self-identified with Spanish ancestry or descent.”

However, this proves to be insufficient and requires the invention of another, supplementary term. Latino, which shows up about 20 years later, becomes part of the discourse. It is a term that Holloway describes as a “neologism built on a neologism.” Professor Fernandez-Morera adds that it can refer to “peoples whose language, and to a varying extent, whose culture, too, derive from the language and civilization of Rome.”

So now we’re back to where we started. Those who identify as Latino are unknowingly playing right into the hands of French intellectuals during the 19th century. Or not. The truth is that each of these terms attempts to condense centuries of history into narrow, yet broad contexts that are rife with contradiction. That’s why a five-minute Bustle video explaining the difference between Latino, Hispanic and Spanish went viral. Never mind that Brazil is included in the list of countries that can claim the term Latino, yet G. Cristina Morena’s definition cited toward the end of the video only refers to a shared “sense of community through a history of colonization by Spain.”

Ironically, the two of the more accurate terms are no longer viable options. The Americas has been coopted by a country that has its own distinct form of cultural dysphoria (i.e., that awkward conversation about race). The other term, Ibero America, is actually much closer to what we imagine the term Latin America to encompass. It purposefully excludes everyone that doesn’t speak Spanish or Portuguese, which goes back to the above quote from Holloway.

So where do we go from here? A 2012 Pew Research study states that 51% of people that may or may not fall under the category of Hispanic/Latino prefer to name their country rather than use a more general term. The same percentage does not use either term, while the remaining split between Hispanic and Latino is 33 percent to 14 percent, respectively. To make things more complicated, there is a perceived geographical split as to where each term is applied in the United States.

I know. It sounds awful. How do you rally around a term that doesn’t really provide an accurate representation of a group of people, yet also provides visibility when it comes to voting power and buying power in this country? (Enter Donald Trump.)

In reality, when it comes to Hispanic or Latino, it’s like having a bad band name and then not being able to change it when you get famous. In our case, we have two bad band names and more than enough negative connotations. In his confusion, Republican Congressmen Steve King of Iowa recently claimed to be both Hispanic and Latino.

What does Julian Castro know? Does he know that I'm as Hispanic and Latino as he? pic.twitter.com/CYmNIdyqLW

I myself don’t know don’t know which side is right in this debate. I like to shout out my Peruvian and Puerto Rican heritage. I assume people just add Latino or Hispanic without needing further clarification. Although, after watching the Bustle video, I now have my doubts. There is one term I came to recently that has some potential: hispanounidense. Maybe it’s just the play on words, but it does manage to capture Spanish-speaking heritage with a nationalistic touch for good measure. Then again, it’s still missing the elusive Pan-American aesthetic—a solidarity with our brothers and sisters south of the border from Mexico to Argentina.

One response to “The Band with Many Names: ‘Hispanic’ or ‘Latino’?”