When analyzing today’s political landscape after the emmergence of the Donald Trump tidal wave, I could not help noticing the loyalty of some Hispanics to the Republican Party —specifically those that are of Puerto Rican origin, and especially those currently on the island— even after the party’s increase of extremist and racist slurs and policies directed towards Hispanics and Puerto Ricans.

The Republican Party has turned its back on Puerto Rico time and time again, whether it be through national budget cuts to social programs such as Medicare and social security, denying equal access to bankruptcy for the island’s economic crisis, or through the consistent and massive rejection of all the self-determination bills ever debated in the U.S. Congress.

The Puerto Rico Democracy Act of 2007 was rejected by an overwhelming number of Republican members of Congress, and the earlier Puerto Rico Political Status Act of 1998 died on adjournment. The Status Act was even sponsored by a Republican (Don Young) in 1998, but that did not keep it from its final fate.

Now let’s be very clear: All of the above bills were to provide a process for Puerto Ricans to decide their political status with the United States. They were not up and down bills on statehood. So Republicans not only oppose statehood behind closed doors for Puerto Rico, but they oppose Puerto Ricans even having a chance to decide for themselves among all options.

Numerous Republican leaders such as Ronald Reagan, George H. W. Bush, Gerald Ford and as recent as Jeb Bush have all verbally supported statehood. But Republicans in the U.S. Congress —the legislative body that has jurisdiction regarding any matters pertaining to U.S. territories in accordance with the U.S. Constitution— have always opposed statehood or equal rights for the 3.5 million American citizens on the island of Puerto Rico.

So why would Republican presidents and leaders verbally support statehood if their congressional leaders and members always oppose it, both verbally and with their vote on the floor of the U.S. House of Representatives?

The answer is simple: money. For decades, the GOP has tapped into the pro-statehood party on the island to gather donations for their campaigns. They have been doing this for years, and they continue to do it because, to them, going to Puerto Rico is easy money. All they have to do is go down there, kiss babies, shake some hands, say they support statehood and bam! They almost instantly receive checks in the thousands and support by various extremist, Tea Party, statehood leaders, such as Dr. Miriam Ramírez de Ferrer. She is a former statehood party senator on the island who is known to belittle the Puerto Rican flag and idolize the flag of the United States—the country that to this very day holds 3.5 million American citizens on the island without equal rights. But to statehood leaders like Ramírez de Ferrer, that doesn’t matter, because she is American first and Puerto Rican second (or maybe even third). That’s why she is infamously known for posting American flags on lampposts in Puerto Rico which drew ridicule towards the statehood party by millions on the island.

Then comes former Puerto Rico Governor Luis Fortuño: a well spoken, eloquent and bright Republican Puerto Rican who served as the island’s governor from 2009 to 2013. As expected, the GOP freely and conveniently used Fortuño as their Hispanic poster boy. They invited him to campaign across the nation for Republican candidates (almost all of which were non-Hispanic, white males). They used Fortuño to raise money for the party both on the island and nationally. They used him to do robocalls and TV commercials and, hell, they even invited him to speak at the 2012 Republican National Committee Convention and had his wife introduce Mitt Romney’s wife there, too.

However, when Luis Fortuño humbly requested that his own party —the Republican Party, for which he had volunteered to help across the entire nation— in return support H.R. 2499 (the Puerto Rico Democracy Act of 2010), what did his own party do? They stabbed him in the back by letting it die, not before patting him on the back and whispering “Thanks for all you’ve done for us, buddy.”

The day H.R. 2499 went down for a vote was one of the most disgusting events I have ever witnessed in my entire life. Unfortunately I was there. Fortunately, however, the vast majority of Democrats voted in favor of it (as they always have done) and it passed the House by 54 votes before dying in the U.S. Senate.

Today, in 2015, you would think the statehood party on the island would distance itself from the Republican Party. Guess again. Shockingly, statehood leaders continue to kiss up to the GOP in hopes of being accepted after continuous begging at the feet of the likes of leaders such as Donald Trump, who has labeled Mexicans as rapists who come to our country and flood it with crime. This kissing-up mentality by the statehood party on the island is the direct cause of that party being mocked and ridiculed nationally by political observers and pundits. Malcolm X and Martin Luther King never kissed up while demanding equality. They spoke up, stood up and peacefully revolted. 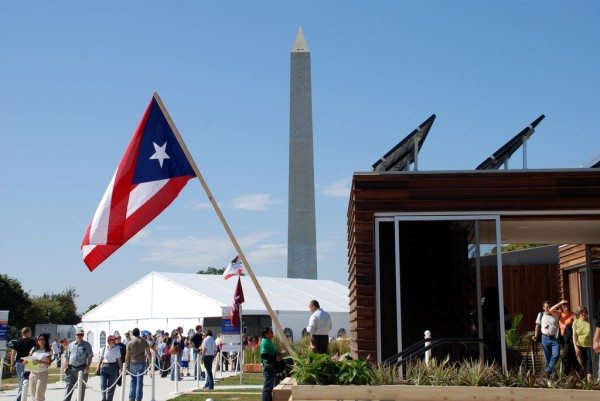 The statehood party on the island needs to redirect its focus and mission as a party to that of a civil rights movement and not as the movement of brown-nosing beggars for equality. At the end of the day, the most affected are the middle class and the poor on the island of Puerto Rico, and not the political leaders who, regardless of whether or not they achieve statehood for the island, end up with wealthy careers as lobbyists on the island or K Street in Washington, D.C., while preaching about statehood to the humble people of Puerto Rico—knowing full well that statehood for the island has never been more dead in the U.S. Congress.

In 2012, Puerto Rico held a referendum to decide its political relationship with the United States. Over 61 percent of voters chose statehood. What has the Republican-controlled House and Senate done? Nothing. They dispatched that historical moment with a universal message that the results were not clear. The official White House response was: “The results were clear. The people of Puerto Rico want the status issue resolved, and a majority favored statehood … Now it is up to Congress to act.”

What have the Republicans in Congress done? Nada. Why would they anyways? After all, according to Donald Trump (you know, the guy with the weird hair who is ahead by double digits on all GOP polls) who needs a 51st state filled with “rapists and criminals” anyways?

Until the statehood movement on the island stops kissing up to Tea Party Republicans, they will never be taken seriously by both sides of the aisle in Washington, D.C. and the national and international media. Puerto Rico must organize and protest for their rights as American citizens, and they need to do that now more than ever.

Time is of the essence. El momento es ahora.

Phillip Arroyo is currently a Juris Doctor student at Florida A&M College of Law in Orlando, Florida. Mr. Arroyo was selected as the only Puerto Rican to serve in the 2012 White House Internship, having worked in the office of the Vice President Joe Biden, where he analyzed domestic and economics issues while at the White House. You can follow him on Twitter @PhillipArroyo.