Slo Light: One Latina Producer’s Effort to Make a New Kind of Film

I am the oldest daughter of Colombian immigrants. I was born and raised in Jackson Heights, Queens.

Seven years ago, after graduating from John Jay College of Criminal Justice, I made a decision to follow my dreams of being a producer. I had a great professor in my elective media class at John Jay, and he became a mentor and really encouraged and pushed me to take a leap of faith and just try to get in the industry somehow. I didn’t know where to start, so I began to apply to receptionist jobs at production companies. Many emails and calls went unanswered, but then I received an email from a visual effects company, Gravity. They brought me in for an interview and I told them, “I want to be a producer.”

I took the job as a receptionist where I quickly grew to production coordinator and then production manager. After years of many late nights, working weekends and long stretches of not being able to see the faces of my supportive friends and family, I graduated through successive jobs, always moving upwards through the film industry. My career progressed, and I grew stronger and stronger, gradually becoming the person and the producer I am today.

I first collaborated with Neil Davidge in 2013. I had been commissioned to create a film for the American Museum of Natural History. I reached out to Neil to see if he’d be interested in creating the soundtrack, as I’ve always been a fan of his work with Massive Attack. Neil replied by sending my director and I his debut solo album Slo Light and asked us which track we’d be interested in. We listened to the album several times and licensed and adapted the track “That Fever” which was used as the basis for our film.

After completing the film for the Museum of Natural History, we continued to listen to the album. It haunted us. The more we listened the more we could discern a strong narrative thread running throughout. The different shades and movements of the tracks suggested both light and dark moods, masculine and feminine.

I had long since wanted to tell a story which would shift from the male to the female perspective and, in doing so, would challenge traditional audience expectations. Too often in films are we asked to identify with a white male protagonist and his quest to overcome insurmountable odds. Too often do we see female and minority characters subjugated to secondary status by the male gaze, by the lens of a camera and by social construct. I’ve always enjoyed films which reverse these roles and confound expectations—classic noir films such as Double Indemnity, Scarlet Street and Out of the Past, Seventies horror films such as Don’t Look Now, and modern-day dark fables like The Girl with the Dragon Tattoo, Gone Girl and Ex Machina.

Drawing on our inspirations and Neil’s music, a story began to take shape. We approached Neil and his team with our ideas, and they loved them and came onboard.

Slo Light is a film about a woman who commits suicide because of a sex tape uploaded to the internet and the sister who plans to avenge her death.

This is a very important film for me and one I feel very passionately about. As well as dealing with issues of coercion, cyber bullying and shaming, Slo Light offers a provoking exploration of women’s relationships with their sisters, friends, lovers and sons.

Two of the three women in our film are given strong, executive roles, in contrast to the passive roles found in so much of mainstream cinema.

Of equal importance is our film’s Latino character, Habibi. Habibi is morally ethical and an educational high-achiever, which is very rare as most roles for Latinos in film portray low-status, criminal underachievers.

On the basis of my own experience of working in the industry, I know that at this stage in my career, as a novice independent producer, it would be highly unlikely that a large studio or corporation would be prepared to take the risk of backing this untried project.

Yet I firmly believe that such innovative initiatives should find expression in American cinema, and so I am appealing to others who share my vision to help us bring this project to fruition by pledging a donation to make this vision a creative reality. Readers can get involved on Kickstarter.

We hope that in making this film it will inspire those who are dispossessed, disenfranchised or voiceless to have the courage to come forward and tell their own stories and have their own voices heard. 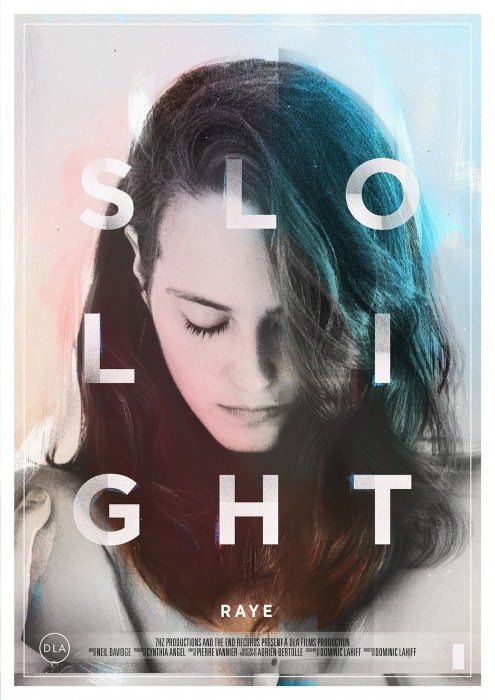 Cynthia Angel is a Colombian-American film and television producer. Born and raised in Jackson Heights, Queens, she has worked in feature film, episodic television and commercial production. Cynthia co-owns and operates D L A Films, a boutique production company where she is in preproduction on Slo Light, her first feature film as producer. You can follow her @CynthiaAngel17.

One response to “Slo Light: One Latina Producer’s Effort to Make a New Kind of Film”