Donald Trump seems utterly incapable of two things: promoting a nuanced political argument and finding a decent hair stylist. One is an assault on the eyes; the other, a threat to the fundamental principles of this country.

With Trump having thrown his toupée into the ring, a debate over birthright citizenship was practically inevitable. But The Donald isn’t going after President Obama this time. He’s set his sights on a much more vulnerable target. And whereas before he was only demanding one U.S. birth certificate, now he’s out for millions. 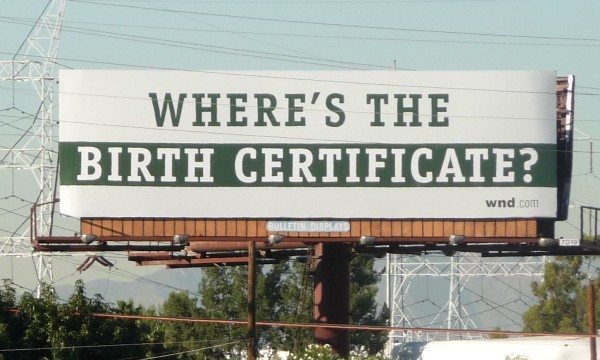 On Sunday the formerly bankrupt billionaire and current Republican presidential frontrunner published his immigration plan, in which he spends three, short sentences calling for an end to birthright citizenship. “This remains the biggest magnet for illegal immigration,” he explains, ignoring that maybe emigrants from Latin America come to the United States to escape economies weakened by imposed neoliberal policies and violence inflamed by the United States’ export of a disastrous drug war.

Trump’s minimal explanation leaves much to the imagination, but what he probably advocates is a citizenship system that does away with jus soli (right of the soil) and retains only jus sanguinis (right of blood), meaning the birthright citizenship of anyone born to at least one U.S. citizen. As it stands, not everyone born on U.S. soil is granted U.S. citizenship, namely the children of diplomats, invading enemies and American Samoa.

Of course, there is that pesky matter of the U.S. Constitution, the 14th Amendment of which states that “all persons born or naturalized in the United States, and subject to the jurisdiction thereof, are citizens of the United States and of the State wherein they reside.” The amendment was ratified in 1868 as a clear rebuff of the U.S. Supreme Court’s Dred Scott ruling 11 years prior, which had denied the citizenship of all blacks in the United States —free or slave, natural born or not— and hastened a blood-soaked struggle over the future not of states’ rights, but of American slavery. 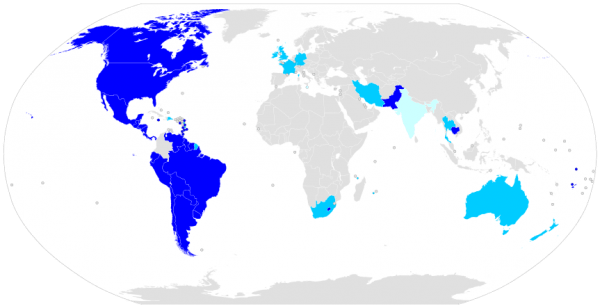 Jus soli around the world: unlimited in dark blue, restricted in teal, and abolished in pale blue (Public Domain)

That jus soli is common only in the Americas is no historical fluke. A rejection of hereditary privilege orbited the nucleus of the American Revolution, with the 14th Amendment and other constitutional revisions introduced later to ensure coherence to the central premise of the United States—that all persons are born with equal rights. Plus, while much of the Old World still clings to the notion that a nation is something inherited along with Grandma’s favorite necklace, the “New World philosophy” of jus soli transforms the idea of nationhood into a society open to anyone willing to adopt its political culture.

Many Americans think otherwise, however, believing America to be a multicultural nation whose blessings are reserved for its white, Christian citizens. A lot of them support Trump’s presidential campaign. They love to hear the country’s upper crust talk of forcing Mexico to pay for a border fence and stripping millions of Latinos of their homeland—again. And that isn’t the only way in which history threatens to repeat itself, for those who fail to learn from history run the risk of looking like Nazis.

Speaking of, Latino Rebels’ fearless leader has written an article for Latino USA, linking Trump’s anti-immigration rhetoric to groups such as the Federation for American Immigration Reform, the Center for Immigration Studies, NumbersUSA—all founded by a eugenics-advocating retired ophthalmologist by the name of John Tanton. Some of those organizations have tried to distance themselves from Tanton in the years following his leadership, but if ever you find yourself standing shoulder to shoulder with a racist, you know something is wrong.

Moral arguments aside, Trump’s plan to end birthright citizenship has as much chance of succeeding as a Trump casino. President Trump would either have to get an amendment approved by two-thirds of both chambers of Congress and then ratified by three-fourths of the states, or hope the Supreme Court overturns an 1898 ruling that —with a few exceptions— granted birthright citizenship to anyone born on American soil. 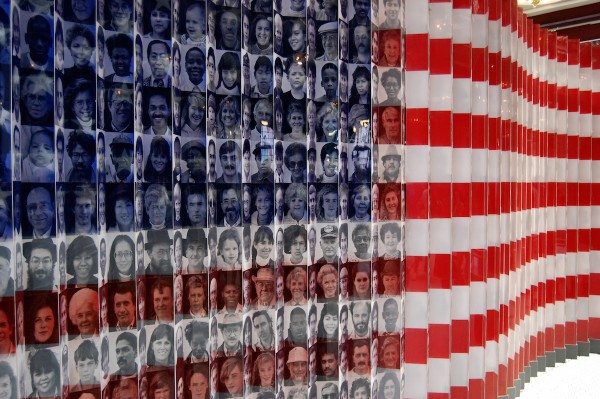 Nevertheless, should either of that actually happen in the not-too-distant future, a lot of other things would have to be altered in this country to fit the nation’s new concept of itself. I would start with one of America’s most iconic folk songs:

This land ain’t your land, this land is my land
If you’re not born here, gotta say ‘goodbye’ then
We won’t speak your Spanish, we don’t want no foreigners
This land ain’t made for you, just me.

One response to “Debating Citizenship: What Trump Doesn’t Know About America”