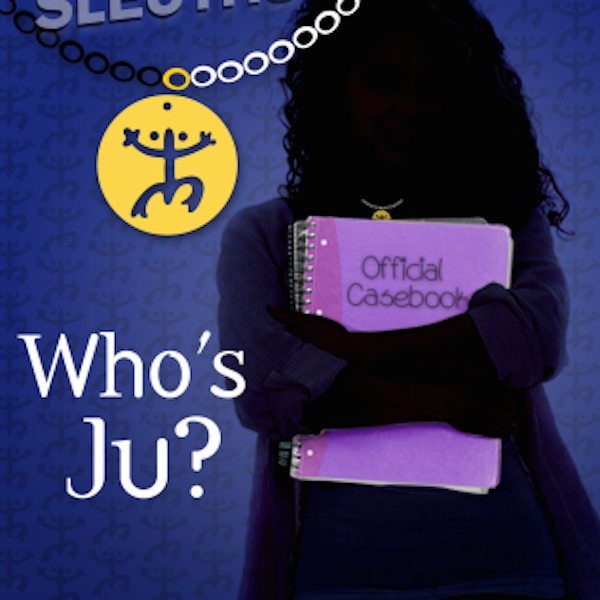 Dania Ramos, author of the ILBA award winning Who’s Ju?, the first installment in her 7th Grade Sleuths series. The book follows Ju (short for Juliana, a young girl obsessed with mysteries who struggles to uncover the most crucial one of all—her family heritage, which her parents are determined to keep a secret. The book works as both a fun, classic mystery and a serious investigation into the key questions all people face: “Who am I? And why am I the way that I am?”

That this story is told from the perspective of a young Puerto Rican girl is significant in that not so long ago, Latina heroines for young adult readers were in short supply. It is a testament to Mrs. Ramos’s talent that the book is at once culture specific and universal.

Recently I was introduced to the playwright and first-time novelist, and was able to ask her about her work.

In your book, Ju is very concerned about physical appearance and ties this to her sense of identity (namely, being an outsider in her own family). While you do not share Ju’s blonde hair and light complexion, did you have similar insecurities regarding your cultural heritage due to your looks or other factors?

Growing up, I was insecure about my lack of fluency in Spanish. It was my first language, but I became English dominant when I started school. And while I understood a fair amount of Spanish, I only spoke it at a basic level. Once in a while, I would experience a negative reaction to this—often a look of disappointment—and in those moments, sometimes a question would cross my mind: Am I less Puerto Rican because I’m not fluent in Spanish? Of course that wasn’t the case back then… or now, for that matter.

I’ll admit that I still struggle with my confidence when it comes to speaking Spanish. I guess the difference is that, as a kid, I thought it was something I had to master in order to gain approval from others. But now I appreciate the role the language plays in my life and how my relationship to it isn’t rigid. Spanish pops up in my everyday life the same way it does in my writing—a word or phrase sprinkled into my thoughts and dialogue. 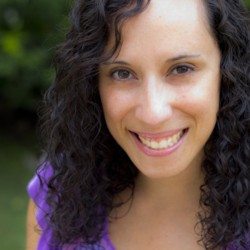 While the book is labeled Young Adult, the subject matter and the realistic way in which you depict the family members is much more universal than the genre tag would imply. While writing the book, did you tailor the style and characters to fit that genre, or was that not even considered during the writing process?

I actually consider Who’s Ju a middle-grades novel because I wrote it with pre-teen readers in mind, but it could also be considered on the young end of Young Adult.

My approach to subject matter came from wanting to tell Ju’s story as honestly as I could. Ju is solving a case of identity: her own. Writing that particular mystery meant raising complicated questions. I didn’t want to offer simple answers or back away from the issues of identity and culture. Finding where you fit in can be messy and scary, and that’s true for Ju at certain moments. And I also knew I needed to make Ju’s family members fully-realized characters since they play a huge role in her personal journey.

I want to add that the majority of children’s and young adult books I’ve read do have a universal element, even works of fantasy and science fiction. There are many kick-ass young protagonists whose stories are relatable because they’re created from a place of truth.

What aspects of mysteries do you find most challenging as a writer? Which are most rewarding or fun?

For the backstage mystery, I wanted to make sure the suspects had believable potential motives and alibis, and that they also came across as unique characters. For example, Elijah, a member of the stage crew, only shows up for a few pages. I decided to give his speech a specific rhythm to show his enthusiastic personality.

I had fun figuring out what aspects of a drama production could double as clues. Of course, there’s the vandalized scenery in question, but Ju also learns that theatre people can be quite particular about their costumes and props. It eventually becomes clear that what she views as suspicious behavior is often actors and techies just being actors and techies. 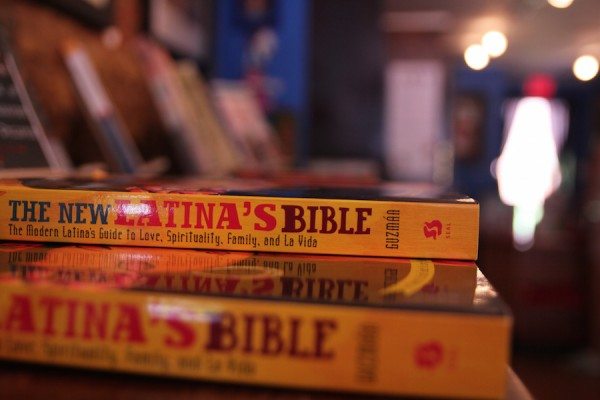 Given your background in theatre, how was the process of writing a novel different than a play? What challenges or rewards does writing a book give you that a play does not?

Theatre is collaborative. Sure, there are chunks of solitary writing time, but script readings, workshops and productions all involve a lot of people interpreting the work. I’ve had some amazing experiences in developmental readings and workshops with smart, talented actors and directors. Often their feedback and questions will factor into a revision. I’ve also been guided by several teachers and mentors—really passionate, generous people. So a lot of input goes into getting a script production-ready. But at a certain point it’s in the hands of the director, designers, cast and crew to create the show from what’s written in the script.

A novel is so different. The writing process takes longer and is more private. I wrote the first few drafts of Who’s Ju during grad school, and back then I got a consistent stream of feedback from a couple of mentors and cohorts. But now, novel writing is about sitting alone at a computer for many hours. I’m also part of an amazing critique group that offers great feedback for early drafts, but we communicate electronically so it still involves a computer screen.

When Ju first came to me as a character, it was through an exercise in narrative writing and that was the form that felt like the natural fit. She had so much going with her inner world, and I didn’t feel that a play would adequately capture her thoughts and observations that were key to telling her story. 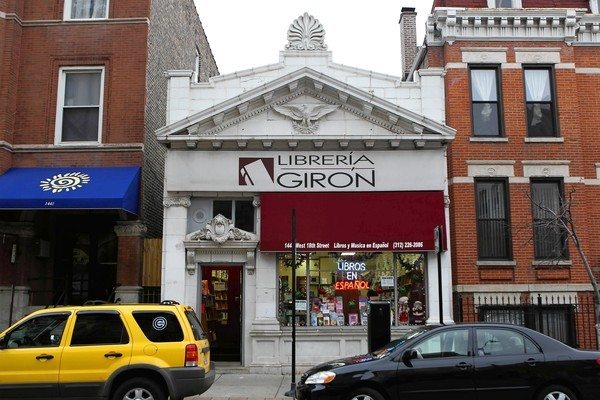 What did playwriting teach you about characterization and dialogue that you think book writers should adopt?

If you listen to real-life conversation, dialogue is rarely spoken in neat, proper sentences. This is especially true for people who are closely related or have known each other a long time. We’ll speak in phrases, pauses, interruptions, and we have different speech patterns. Dialogue that captures these aspects tends to feel more natural and believable. I find this to be true for both scripts and novels.

How would you instruct young writers to approach storytelling?

One of the many hats I wear is that of a teaching artist. I’ll get assigned to a school where I’ll teach creative writing or drama. These residencies are usually a blast because we’ll focus on the art itself, which means we throw the idea of right and wrong out the window. It’s about the students connecting to their creativity and finding their voices.

When it comes time for the students to get an original story down on paper, I’ll encourage them to answer some basic questions. Who is your main character? How can you show your audience or reader who this character is by what they do and say? What does the character want more than anything else in the world? What are they willing to do to get it? Who or what is getting in their way? 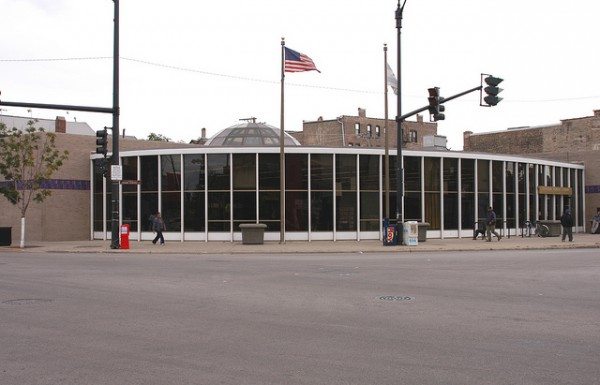 Tell us more about the 7th Grade Sleuths. How many installments are planned? Will Ju be the central character in all of them, or will future books focus on her friends more? What subjects are you considering grappling in future books?

Right now, the plan is for a series of three or four books, each narrated by a different club member. Like Who’s Ju, the other books will feature a case involving the 7th Grade Sleuths, as well as a personal mystery that the main character must solve on his or her own. The theme of identity will recur in all of the books, and I’m looking forward to approaching them from several different viewpoints.

What do you want the audience to take away from your story?

I hope they have fun following the two different mysteries. The case at school involves backstage hijinks and a few amusing characters who are members of the drama club. That storyline was written from a love of traditional mysteries—there are clues, suspects, alibis, and red herrings. Ju’s personal mystery, which is more focused on her internal conflict, shows that we’re more than the boxes we check off on a form, or how we wear our hair, or where we buy our clothes.

I didn’t necessarily write with a specific message in mind, but I guess if I’ve done my job, the reader will come away thinking about how identity is multifaceted and transforms as our lives change and we learn about ourselves.

Do you have plans on returning to theatre, or are you now solely focused on books?

I’m still pretty involved with theatre. I’ve had the opportunity to be part of the rehearsal process for several productions of Mi Casa Tu Casa, a play with music that I co-created. It premiered at Luna Stage in 2011. I have other scripts in development, so I spend time with actors and directors during readings or workshops.

I’ve also had the pleasure of directing student-written work for school assemblies and festivals through local arts organizations. These are usually performances with minimal set, lighting, props and costumes. It’s magical when an audience is completely engaged in a story without all the fancy special effects that we’re used to seeing on our various screens. That’s the power of live theatre.

What is your dream project?

I have to choose only one? Just kidding.

My dream project is a current work in progress: a young-adult fantasy novel set in Puerto Rico. It’s one of those projects that wants me to forget about everything else I’m working on. The characters demand my attention, especially when I’m doing the dishes, driving and, of course, when I need to meet a deadline for another project. They want their world to be complete and polished, like, yesterday. But it’s still at a stage where I can’t share too many details. I’ll only say that my dream project has a pirate, some magic, and a legend that dates back to Spanish colonial rule.

You can get to know Ju and her fellow 7th Grade Sleuths by buying Who’s Ju? or by visiting Dania’s website. You can also follow her on Twitter @daniadania.

Jonathan Marcantoni is a Puerto Rican novelist and co-owner of Aignos Publishing. His books, Kings of 7th Avenue and The Feast of San Sebastian, deal with issues of identity and corruption in both the Puerto Rican diaspora and on the island. He is co-founder (with Chris Campanioni) of the YouNiversity Project, which mentors new writers. He holds a BA in Spanish studies from the University of Tampa and a MH in creative writing from Tiffin University. He lives in Colorado Springs and can be reached at jon.marcantoni@gmail.com.