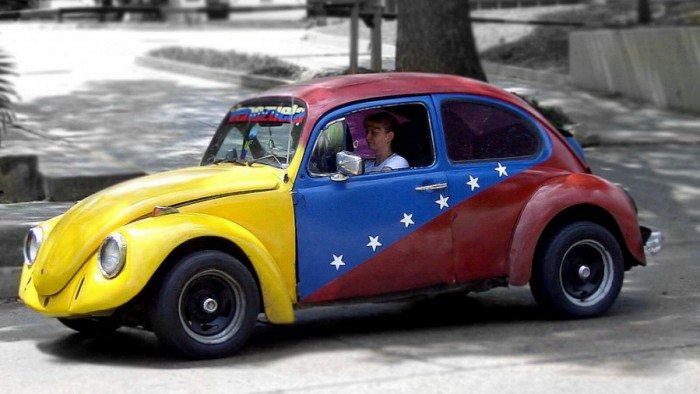 With inflation of the bolívar soaring past 800 percent and oil prices dropping so low in recent months forcing the country with the most proven oil reserves in the world to beg for cash from members in the Organization of the Petroleum Exporting Countries, it’s easy to understand why many of President Nicolás Maduro’s critics think the beleaguered president of Venezuela is looking for a scapegoat these days.

Last week the Maduro administration began a mass deportation of immigrants living long the Venezuelan-Colombian border. Reports indicate that over 1,000 Colombians have been forcibly removed from their homes and sent across the narrow Táchira River along with more than 5,000 other immigrants fleeing persecution.

The spat erupted when Maduro shut a major border crossing last week to combat what he says are rampant smuggling and paramilitary activities near Colombia, and declared a state of emergency in six western cities. On Friday, he extended the decree to more municipalities. …

The state of emergency allows Venezuelan officials to search homes without a warrant and to break up public gatherings. Some departing Colombians have complained of abuses at the hands of the military in recent days, charges the administration denies.

With two border crossings closed, the underground economy has come to a halt, satisfying Venezuelan officials who have long blamed transnational mafias for widespread shortages. It also has jeopardized the livelihood of tens of thousands of poor Colombians who depend on the black market. 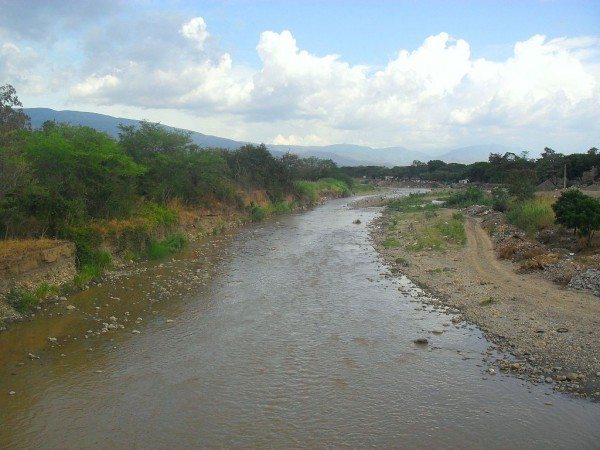 News of the Chavista regime’s mass deportation of immigrants soon led to a meme comparing President Maduro to Donald Trump, the GOP presidential frontrunner whose own immigration plan seeks to expel the more than 11 million undocumented immigrants living in the United States.

It’s a fair comparison, since applying such a brutal solution to a genuine issue seems to many to be both immoral and a waste of valuable resources. Should Trump win the presidency in 2016 and actually implement his policy as promised —two highly unlikely scenarios— the deportation of so many immigrants would require about 20 years and around $600 billion to complete, according to recent study conducted by a conservative think tank. Likewise, with the Venezuelan economy in dire straits, an expensive military campaign to deport thousands of mostly innocent people is the last project the Venezuelan government should be undertaking at the moment.

Nevertheless, Venezuela really does face an economic crisis that is partly exacerbated by rampant smuggling along its border with Colombia. Back in 2013 the BBC’s Ed Butler reported the long lines at the supermarkets in downtown Maracaibo caused by bachaqueros, the “ant-like” minions unleashed by black-market buyers looking to load up on price-controlled goods they can then sell for inflated prices in Colombia and other neighboring countries, or even to fellow Venezuela who have the money to avoid wasting half a day in line.

In the first season his CNN series Parts Unknown, the wandering gourmand Anthony Bourdain filled up on cheap gasoline bought at 50 cents a gallon across the border.

“Tribal members of the Wayuu have dual citizenship,” the host explains, “and can cross the border into Venezuela to live or trade there whenever they need to. Luckily for us it means that cheap gas is easy to come by in these parts. There are no stations as such. You just keep an eye out for the cans.”

Last year the World Post profiled the exploits of a man known as “Marquitos,” who ran a billion-dollar gasoline smuggling operation that “claimed an estimated 15 percent of gas sales in Colombia and swallowed up to 40 percent of Venezuelan fuel subsidies”:

Over the border, in the city of Maracaibo, he built up his drug trafficking and gasoline smuggling networks. Marquitos reportedly would arrange for gas tankers filled with cocaine to be sent from Colombia to Venezuela, then return with contraband gas or cash—although local police told OZY they have no proof he used this method.

Did #Venezuela close border to pressure #Colombia not to extradite 2 drug traffickers to US? http://t.co/CdQsPhUgNH pic.twitter.com/6YUPEEZNBt

I’m in no way condoning the mass deportations currently being carried out by the Maduro administration. Every man, woman and child is entitled to basic rights including due process of law, of which the government’s actions are in clear violation.

But there is no denying that Maduro speaks the truth when he tells the Venezuelan people that they’re being bled by greedy smugglers and black-market dealers. This is bound to happen when you begin experimenting with socialism in a country neighboring a bastion neoliberalism.

Just as the official Obama immigration policy is to go after only those immigrants who have crossed the border for insidious purposes —even though too many innocents have wound up the targets of a callous immigration system— the Maduro regime must focus its efforts on securing the border to eliminate smuggling, and not punish the thousands of Colombian migrants who have added to the Venezuelan economy as much as migrants have added to the U.S. economy.

One response to “The (Real) Problem with Venezuela’s Deportation Policy”