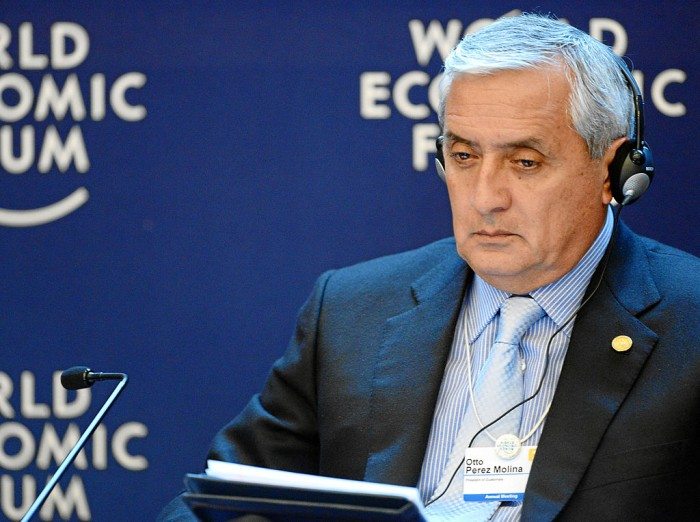 After months of protests that witnessed tens of thousands of guatemaltecos fill the streets of the capital city, their call of “Renuncia ya!” has finally been heard by President Otto Pérez Molina.

Guatemala’s President Otto Pérez Molina has resigned days before an election, after the attorney general obtained a warrant for his arrest amid a corruption scandal.

Pérez Molina submitted his resignation at midnight local time, his spokesman Jorge Ortega said. The resignation is not effective until Congress accepts it and names a new president. A meeting was scheduled for Thursday morning to do this.

In recent weeks we have been covering important social movements developing in Latin America which have led some to talk about a “Central American Spring.”

While it is too early to celebrate major transformations in the region, yesterday we saw a video that shows at least a moment of civic participation and change.

In the video, a large crowd of Guatemalans surround their nation’s congress on Tuesday and celebrate as their representatives vote to strip General Pérez Molina of his presidential immunity. The vote allows Pérez Molina to be prosecuted on corruption charges in connection with “La Línea,” the scam involving Guatemala’s trade authority that has already seen the arrests of various political and business leaders, including former Vice President Roxana Baldetti.

An warrant for the president’s arrest was issued on Wednesday night by Attorney General Thelma Aldana.

UPDATE: The Guatemalan Congress accepted the president’s resignation with a 118-0 vote, and former Vice President Alejandro Maldonado was sworn in as president of Guatemala later in the day.