Ernest Hemingway and the Camino 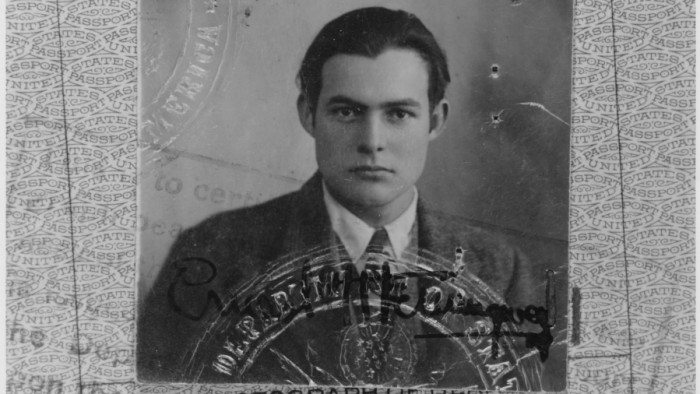 When I reached the Hostal Burguete, early on the third morning of my pilgrimage, I paused to read the sign out front that detailed how important the hostel and the town of Burguete had been to Ernest Hemingway. Taking a deep breath to gather my courage, I stepped inside the quaint inn. The owner, who was coming out of the kitchen, saw my hiking gear and said, “I’m sorry, we only serve breakfast for guests.”

“I understand,” I replied. “I’m hoping you can do me an enormous favor. I teach literature and I recently read The Sun Also Rises. I was touched by the affection with which Hemingway writes about this hostel.”

The owner smiled, appreciative that I had understood that his inn and the town had been the only oasis of peace for the central character, Jake, Hemingway’s alter ego. Jake finds refuge here before being reunited with his highly dysfunctional circle of expat friends who are on their way to Pamplona from Paris. In Burguete, Jake’s days are filled with trout fishing, plenty of wine, and one leisurely stroll along the Camino to Roncesvalles and back. It is the only true calm the character experiences in The Sun Also Rises. 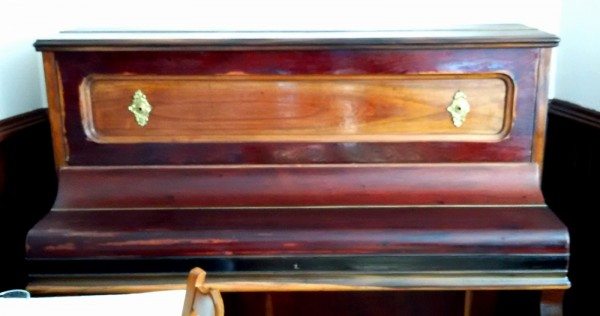 The owner smiled, nodded, and then led me into the empty dining room. He pointed to the far wall where an old but well preserved upright piano stood. I stared at it with reverence before approaching it slowly. Without touching, I examined the top and the cover of the keys. The hostel owner observed me all along smiling and with his arms crossed.

He stepped forward and, gingerly, lifted the top lid. There, carved with a penknife and varnished over delicately it said: 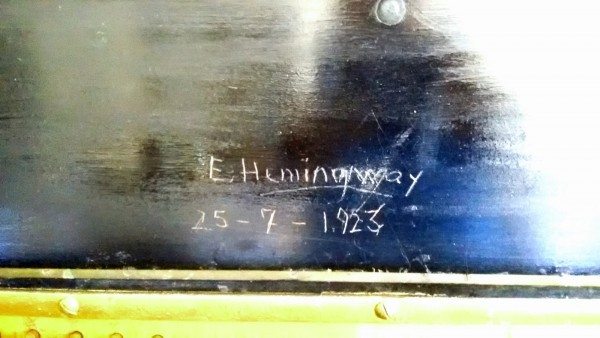 The Nobel Prize winning author carved his name on the musical instrument during his first visit to Burguete. He would return three more times before the true-life experiences occurred that would inspire his first novel. 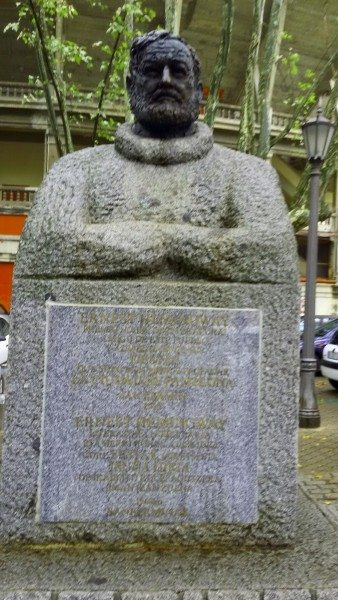 Hemingway’s presence in Burguete is discrete. In Pamplona, on the other hand, he’s a giant. There is a monument in his honor next to the Plaza de Toros, and the boulevard that runs alongside it carries his name. What’s more, the plaque on the monument credits Hemingway with putting the city, the Fiestas de San Fermín, and the traditional running of the bulls on the world map. In essence, the people of Pamplona have adopted Hemingway as one of their own. 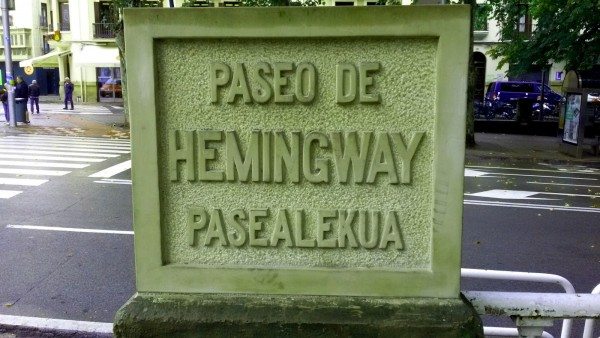 But Hemingway also acknowledged his debt to the people of Burguete and Pamplona. The Sun Also Rises went on to become a best-selling novel and introduced a new star on the American literary horizon. And Hemingway repaid the debt by continuing to write about this region of Spain.

The American writer’s love and appreciation of the vitality and humanity of Spain and Latin America’s cultures are well known to his readers. But what perhaps is not well known is that this passion started along the Camino de Santiago, in a small town named Burguete.

One response to “Ernest Hemingway and the Camino”