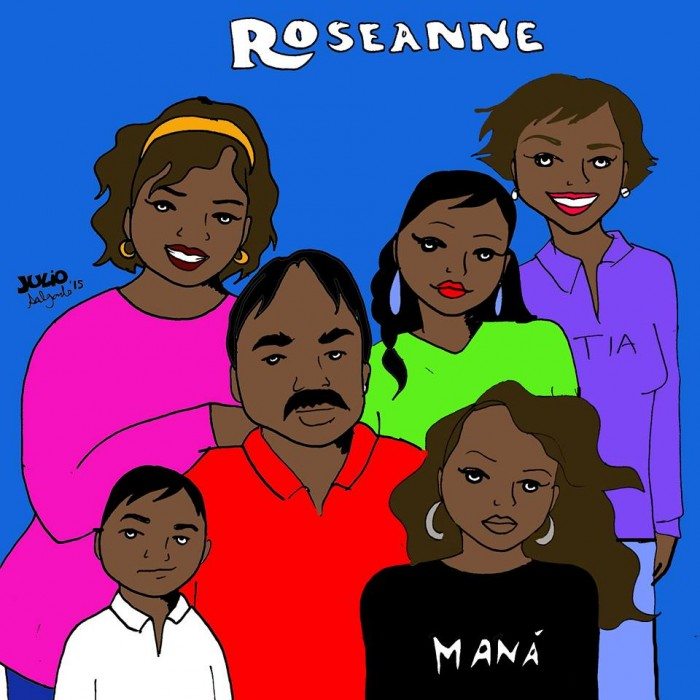 Sitcoms are a fundamental part of American pop culture, so it should come as no surprise that shows like Friends and Full House were just as popular among people of color as they were among whites. Mexican-born artist Julio Salgado was no exception, but as an undocumented gay man — or “undocu-queer” — he points out how problematic it is when children of color have favorite shows which have all-white casts that don’t reflect their various identities.

“Why were we obsessed with a bunch of white people hanging out at a coffee shop?” he asks in a Facebook post on Tuesday:

Why did a fast-talking mom and daughter [steal] our hearts? What was it about the friendship between a gay man and a straight women that glued us to a TV every Thursday night? Well, they were very well developed characters whose (mostly white) creators were given a chance to create. 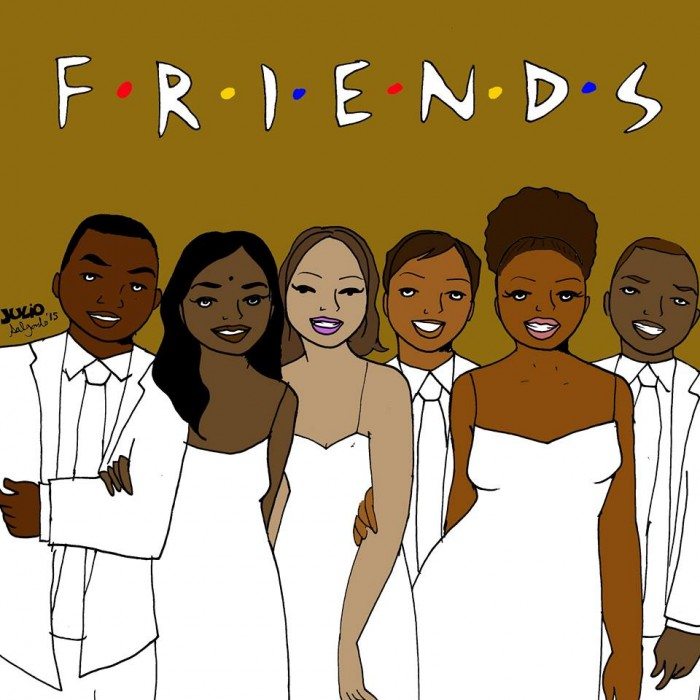 After some fans created the hashtag #BoycottStarWarsVII in protest of director J. J. Abrams’s introduction of more characters of color in the upcoming Star Wars: The Force Awakens, Julio began to wonder how his favorite TV shows as a kid would have appeared had the tables been turned. He created cartoon TV posters that show replace the all-white casts of his childhood with people of color. 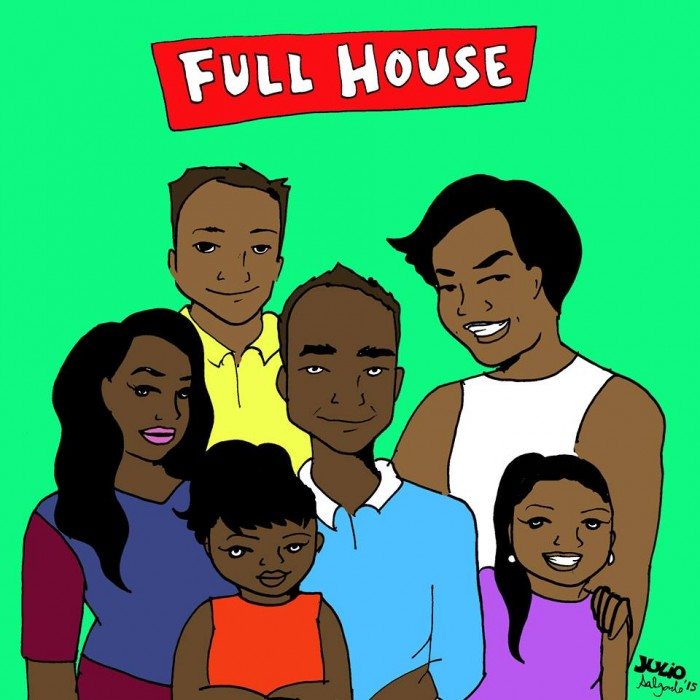 “These images are not meant to trash these sitcoms,” he tells Latino Rebels. “I actually really loved these shows! It’s just about imagining what it would have been like if the writers of these characters had also looked like us and could create characters based on the POC experience.” 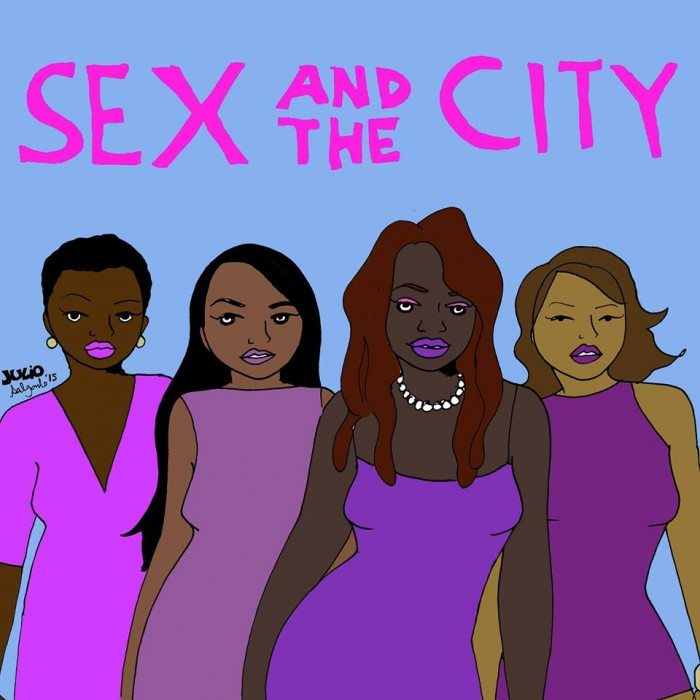 The programs Julio has imagined so far are classics in TV pop culture, including Friends, Sex and the City, Roseanne, Will & Grace and Xena.

“I grew up hella obsessed with pop culture,” Julio explains:

I learned English with a lot of these shows. They were also a guide of sorts about how to be an ‘American.’ But at the end of the day, there was something missing: people like me. While I was thankful for shows like Will & Grace for pioneering gay leads, it was always squeaky clean white gay characters that didn’t really connect to my own experience as a queer Mexican man. 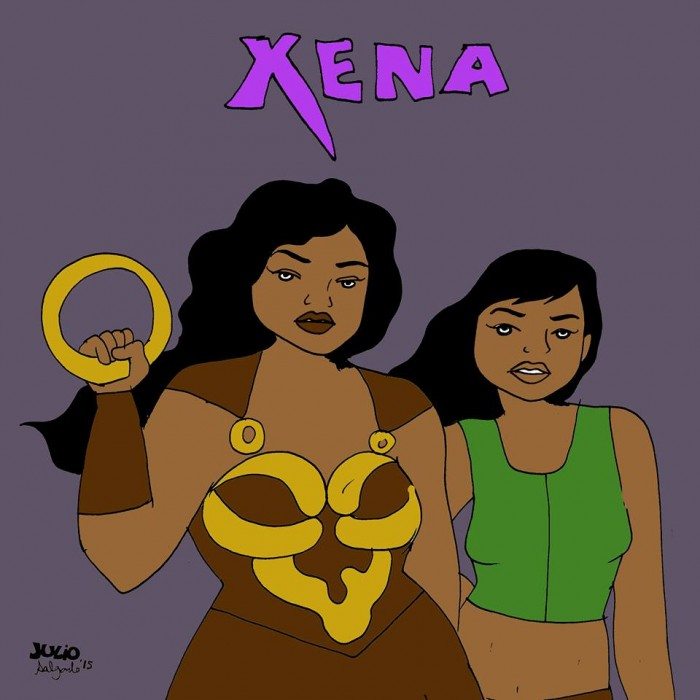 You can see more of Julio’s artwork on Facebook.