In the Shadow of El Cid 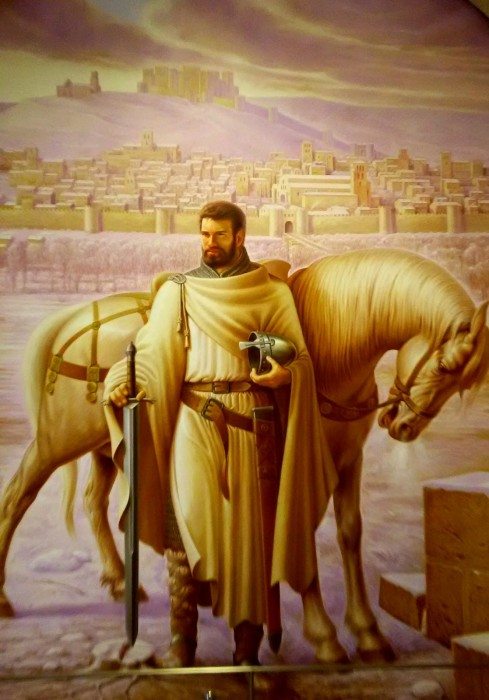 Burgos’s regal character becomes evident the moment a pilgrim sees its medieval entryway. Indeed, Burgos is the historic capital of Castilla and, as such, it occupies a position of power in the soul of Spain.

In the heart of this position resides Rodrigo Díaz de Vivar, better known as El Cid (meaning “The Lord”), a moniker given to him by the Moors because of his prowess leading armies in the open battlefield.

El Cid, who lived between 1040 and 1099, is the hero of the first epic poem written in Spanish, El poema del mio Cid. This work, of unknown authorship, is part of every curriculum in the Spanish-speaking world. Because of this, El Cid’s shadow looms large not only over Spain, but also over Latin America. In reading the poem, students come to view Rodrigo Díaz de Vivar as a courageous, moral leader who respects the law and remains loyal to his king, even under trying circumstances. Moreover, through the glorifying treatment El Cid receives in the poem, he becomes the symbol of la Reconquista, the taking back of the Iberian peninsula from Muslim occupiers, as well as the subsequent unification of Spain. 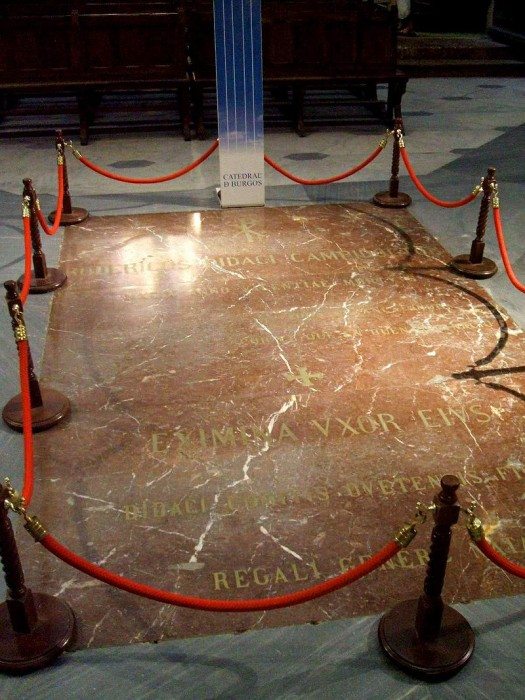 As a result of the milenial propagation of El Cid’s legend, Spaniards have been expected throughout the centuries to cherish the values he espoused. During my pilgrimage, however, I’ve been witness to a large fissure in the idea of a unified Spain.

On September 27, as I sat in a restaurant, I observed the concerned faces of the patrons as they watched the results of elections in Catalonia where a pro-secession party won the majority of seats in the region’s parliament. This now sets up a showdown between Spain’s central government and Catalans who want to create an independent nation. If they should succeed, the Basque people will follow suit and Spain as we have known it for centuries will cease to exist. 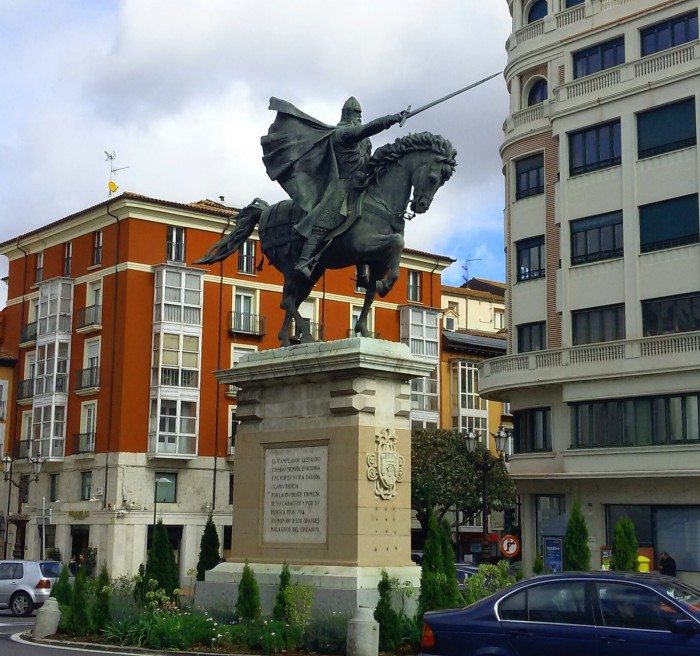 And so, as the question of a divided Spain looms large in Europe’s future, the heroic figure of El Cid holding his sword while charging on his trusted horse Babieca seems, at present, to be facing his most challenging battle: to hold this precious nation together.

One response to “In the Shadow of El Cid”