Colombian Candidate Asks That No Black Police Officers Protect Him

This one comes from the pages of Colombia’s El Tiempo: a candidate for a local election wrote a letter to police specifically asking that no black officers or officers of color protect him and his campaign when voters go to the polls.

The candidate’s name is Héctor Alonso Vanegas Correa. He is running for a municipal council seat in Copacabana, part of Medellín’s metropolitan area. According to El Tiempo, Correa wrote a letter (below) to lieutenant Alexánder Saa Herrera of the Copacabana police station, where the Conservative Party candidate says the following (our translation):

… please select honest people from your staff, honest people with spotless records who are respectful and have good interpersonal skills with others, people who are not black or multiracial [trigueño] for our security details during the days of October 25 and 26… 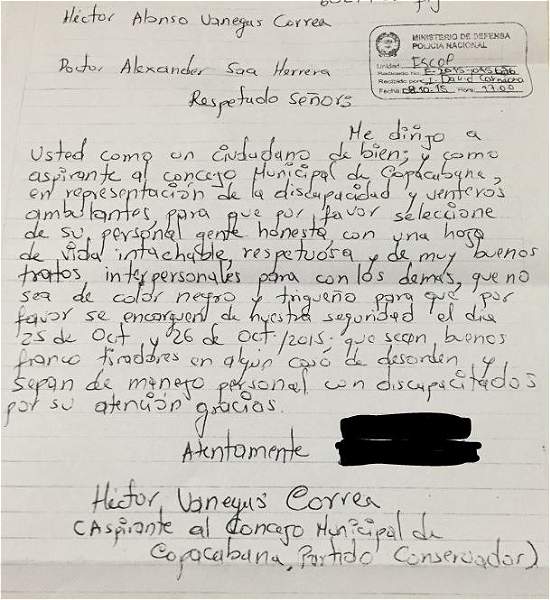 News of this story has also appeared in several Colombian outlets today.