Federico Peña: ‘My Country, My Vote’ 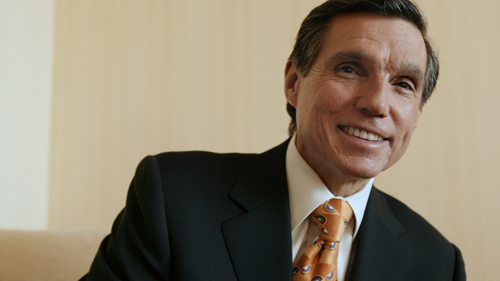 Federico Peña, former secretary of Transportation and of Energy under Clinton

Our community has few iconic and powerful leaders in American politics. One of those political heroes is Texan Federico Peña.

Peña graduated from The University of Texas School of Law in 1977 and was elected to the Colorado House of Representatives as a Democrat in 1979, where he rose to become minority leader. In 1983 Peña became the first Latino mayor of Denver, a post to which he was re-elected in 1987. Soon thereafter, President Clinton came knocking on his door and picked him as the secretary of U.S. Department of Transportation from 1993 to 1997 and secretary of Energy from 1997 to 1998.

Now in business, Peña dedicates his energy and efforts to building our community. One of those initiatives is a call to action inviting everyone fed up with the hatred spewed by politicians to register to vote, in hopes we come together and vote such officials out of power.

Given we have a lot in common — as we both lived in Austin, Texas and are graduates from The University of Texas system — I had to sit down with our fellow Rebelde for a short chat.

Marlena Fitzpatrick: You have an impressive political career. What are you doing now?

MF: Have you ever thought of the possibility of going into the academic field? And how important is it for us who’ve gone through grad school, eventually becoming experts in our fields, to give back and get into the educational system? 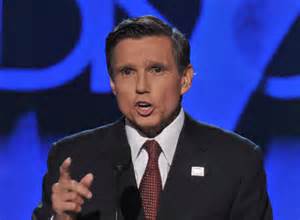 MF: In which specific fields do we need Latinos to get involved in: business, law, politics?

MF: Interesting. One of the things I always say when I’m on the other side of the table being interviewed is that we need to foster community equity building. We build community with our pockets, with our finances as well.

FP: Yeah, it’s a natural progression of our community. Each generation becomes much more successful than the other. My dream is that my children become much more successful than I am. Everyone should think that way. That’s the way a community grows. If you look at the early immigrants of the 19th century, they arrived poor, uneducated, oftentimes not speaking English, and after many decades they’ve become part of the fabric of America. We have the same opportunity, and I say we have even greater potential. So it’s up to us to make sure we educate our community, that we support our community, that we support the creation of wealth and success. We should honor and respect it. Obviously those of us who have been able to do that need to give it back to our community to ensure future generations are more successful than we are.

MF: And that is a great segue to get into Rebeldes territory: The other way we build community is voting. Tell me about this initiative you are working on, My Country, My Vote.

FP: A few months ago I started getting upset at the anti-immigrant and anti-Latino rhetoric coming from a number of presidential candidates, and I did not think that there were enough people pushing back and correcting the many statements these candidates were making. So about a month ago I announced, in front of a Latino group here in Denver, that I was going to lead a rally at the next Republican presidential debate in Boulder, Colorado on October 28.  We will have thousands of people show up. We’re going to have a huge rally and we’re going to speak out against this anti-immigrant and anti-Latino rhetoric. But more importantly, we are going to ask people to channel their anger into voter registration. The one thing we can do to change the rhetoric is to gain political power by taking people out of the office who are anti-immigrants, and supporting people in or for office who are supportive of comprehensive immigration reform. We’re asking that the next president and the next Congress, within the first 100 days, pass comprehensive immigration reform. That connection of the political power in anger is there. It doesn’t help us if we sit around, grow and remain angry all the time. We have to take action. The most important action we can take is registering to vote. We have millions and millions of Latinos in this country who are not registered to vote. We need to get involved in the elections to change the power structure of this country.

MF: I think it’s brilliant to mobilize people to register to vote. However, I need to ask: is immigration the trigger for voting, or are there other more important issues we need to consider? What are the other issues we need to weigh on when voting?

FP: There are a lot of other issues like jobs, healthcare, education. But the emotional issue regarding the Latino community is this attack on us. Oftentimes emotions are the best motivators. Once registered we can all assess the other issues — like education, jobs, healthcare and the other things — that are also important. But we need to, in my opinion, capitalize on these emotions. Those emotions are anger, disgust. It was a proven system in California when laws were being passed. Latinos registered to vote and soon thereafter it changed the landscape. My hope is that this will inspire Latinos all over America to do the same thing.

MF: Will this be open to other communities who are in solidarity with us and also angry at this situation?

FP: Of course! We will have an African American minister who will be speaking. We have a representative of the Asian community speaking, and we have invited all communities to come to this event. This is an American issue, not just a Latino issue. There are many Americans who are unhappy about [the recent] rhetoric because they too were immigrants many decades ago.

MF: Why do you think this anti-immigration rhetoric is targeting specifically Latinos and not other immigrant communities, at least publicly?

FP: I think a lot of it is racial. I think people who aren’t informed are afraid that the complexion of the country is changing. It actually is. There are more Latinos, more African Americans and more Asians. And there are some Americans that are fearful. We need to educate people about the contributions immigrants have made for many generations. Our nation needs more immigrants. We need them for future workforce, for business, for the political fabric of this country, for the military strength of this country. This nation cannot survive unless we capitalize on our immigrants who are willing to contribute, willing to work, willing to go to college and become full participating American citizens. That’s the message we will give at our rally.

MF: What is your definition of Latino Rebel?

FP: A Latino Rebel is a Latino that thinks for him or herself, someone who acts on their beliefs, someone who has core values and has the courage to show them, someone who doesn’t just go with the flow. For too long some of us have been very quiet. We need to be engaged politically, civically and be more involved in the broader community. Until we do that our voices will not be heard. We will not be respected. We will not be full participants in America democracy until we register to vote. In other words, a Latino Rebel speaks out, and fights for issues they believe deeply in. That’s a Latino Rebel, and we all should become more rebellious.

One response to “Federico Peña: ‘My Country, My Vote’”