Dungeons Along the Camino 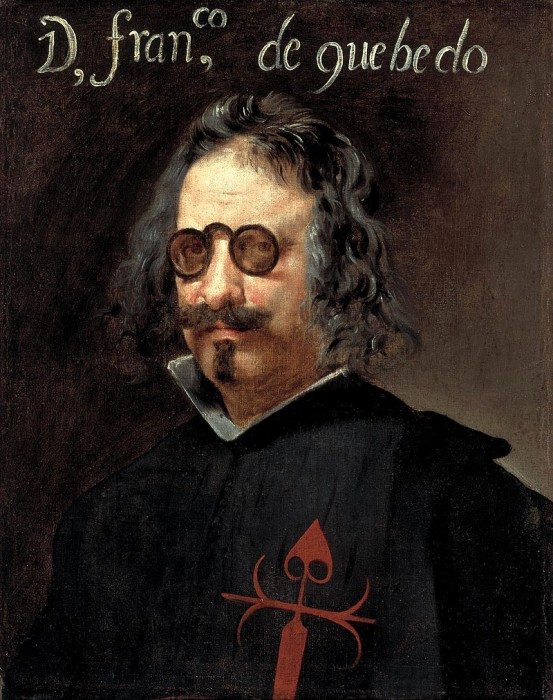 Writers are keenly aware that their words, when used without restraint, can create trouble. That’s why most writers censor themselves. It is a key exercise when navigating through troubled waters.

Some writers, however, exhibit little fear of upsetting readers. In fact, dueling by way of the written word seems to be the stimulus they need to fuel their genius.

Francisco de Quevedo was one such writer.

Born in Madrid in 1580, Francisco de Quevedo, along with his archrival Luis de Góngora, are considered the greatest poets of Spain’s Golden Age of literature. Nevertheless, while Góngora, the elder of the two, was a somber person who took his craft seriously, Quevedo, for his entire life, behaved as an enfant terrible. Although he wrote well in every genre, he also produced a vast amount of satirical pieces aimed directly at anyone he considered a rival, such as Góngora, or an inferior, such as the dramatist Juan Ruiz de Alarcón. Because of his propensity toward publicly ridiculing others, even Quevedo’s closest friends remained on guard.

Yet his talent was undeniable. Lope de Vega and Miguel de Cervantes, the two most highly regarded writers of Spain’s Golden Age, befriended Quevedo and praised his intellect. What’s more, because Quevedo was of noble birth, he had received the best education possible. Thanks to his superb intelligence and quick mind, the royal court repeatedly gave him special assignments. With time, to reward his services, Quevedo was made a knight of the Order of Santiago — an organization akin to the Templars but exclusively devoted to defending the Catholic faith as well as pilgrims who traveled along the Camino de Santiago.

Still, Quevedo’s biting wit and his irascible nature kept getting him into trouble. He was exiled from the royal court twice, but was eventually welcomed back. The third time, however, proved disastrous for him.

Because of a note Quevedo wrote against the count of Olivares, he was sentenced to five years in prison. Quevedo invoked his right as a knight to be confined in a monastery of the Order of Santiago. His proposal was accepted on the condition that he remain locked in the dungeon of the San Marcos monastery, located on the outskirts of the city of León. 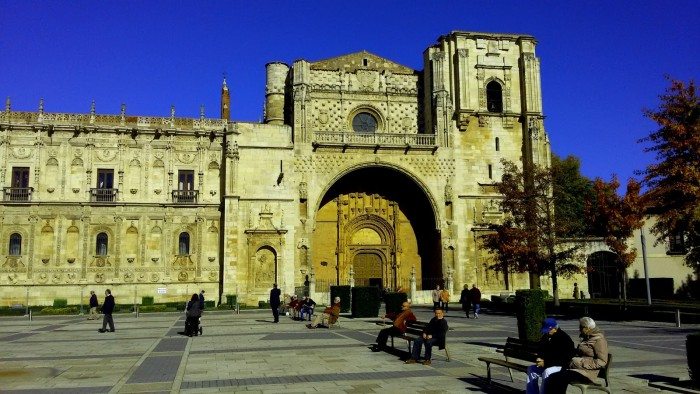 The convent of San Marcos in León, Spain where Quevedo was imprisoned is today a luxury parador hotel

The Camino passes directly in front of the former monastery, which now houses a museum and the five-star Parador de San Marcos, which appears in the film The Way.

Quevedo spent three years there before being pardoned. While imprisoned, he wrote three studies on theology, a subject dear to him. But by the time of his release, his once indomitable spirit had been broken, and his body was also failing due to the harsh conditions he faced while in the dungeon. He died less than two years later.

The monastery where Quevedo was held prisoner (the dungeon no longer exists) was later used again as a prison — this time as a concentration camp where Francisco Franco held opponents of his regime.

And so it is that one also encounters heartbreaking tales while walking the Camino de Santiago. 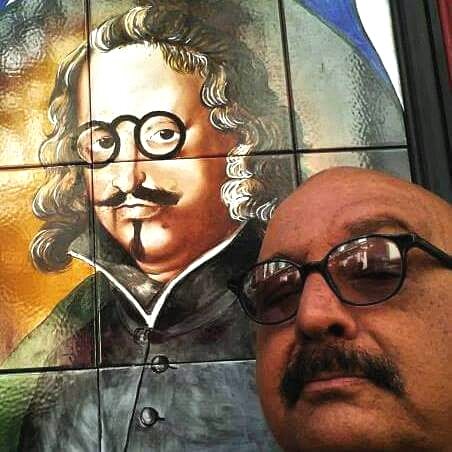 One response to “Dungeons Along the Camino”