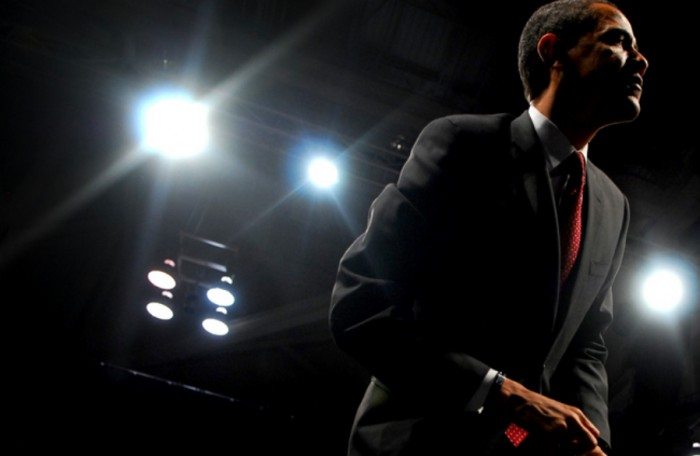 On November 20, 2014, President Obama announced his long-awaited executive actions on immigration, promising to deport “felons, not families” and “criminals, not children.”

Recent statistics released by the Department of Homeland Security on deportations, as well as Monday’s comments from DHS Secretary Jeh Johnson on his toddler deportation raids, belie the president’s claim: The new priorities are actually Obama’s promise to deport “families, not felons. Children, not criminals.”

In the 2015 fiscal year (FY), the first year to reflect the results of DHS’s new deportation priorities, President Obama deported the fewest number (63,529) of “criminals” (defined as anyone who has previously been convicted of a crime) from inside the United States than any previous year of his presidency.

Worse, he has intentionally eliminated due process for tens of thousands of children facing deportation to death or serious harm in Central America.

This is not the whole story, largely because ICE and DHS’s published statistics are generally selected to support its boss’s political goals. For example, 2013 was the first year that the Obama administration published data on the percentage of interior removals who were convicted of a crime.

Yet one can read between the numbers.

2015 was an unprecedented year where even the previous years’ claims that removals were done to protect public safety by focusing on convicted criminals have been jettisoned in favor of focusing on Central Americans seeking asylum in the United States, with a particular emphasis on resources spent to remove vulnerable unaccompanied children as well as mothers accompanied by children.

The 2015 numbers are the first window into the results of President Obama’s new enforcement priorities, which are also crucial for its legal argument in defense of its hotly-contested Deferred Action for Parents of Americans (DAPA) program before the Supreme Court in 2016.

A related but more broad statistic that ICE has included in its statistics since 2009 is total removals where the individual was convicted of a crime. This includes individuals with previous criminal convictions, including immigration violations, who were apprehended at the border after trying to re-enter or enter the United States illegally.

Obama removed less criminals in 2015 than in all of his previous years in office with the exception of 2009, when he removed 136,331 of the same.

As the Obama administration has stated time and time again, DAPA — the deferral of deportation of millions of undocumented individuals who have resided in the United States since 2010 and have at least one U.S. citizen or permanent resident child — is a lawful executive action because it is simply an act of prosecutorial discretion, a shifting of its enforcement resources away from DAPA beneficiaries and towards its top priorities, which in reality fall into three categories of asylum seekers: 1) unaccompanied Central American children, 2) children accompanied by their mothers, and 3) Central American adults unaccompanied by children.

The bulk of ICE’s 90,103 border removals of non-criminals in FY 2015 were in the third category: detained single adults who sought asylum after apprehension at the border and were denied. The evidence of aggressive enforcement strategy, such as no bond despite individuals already passing credible fear asylum interviews, came out when women initiated hunger strikes in detention centers across the country, most notably in Texas and California.

The women were desperate because they continued to be detained and faced with imminent deportation to serious harm or death to Central America without any due process, such as neutral judges or having a lawyer help them.

But Obama’s most prized trophy is the removal of children, because the vast majority of them are eligible for special immigrant juvenile status or asylum. Adults, on the other hand, cannot qualify for SIJ status because one must be under the age of 21 to even apply. To Obama, children represent the most serious risk to him: they make him look soft on border enforcement. The hackneyed argument in Obama’s warped mind is more or less as follows:

If children continue to receive asylum and SIJ status in the United States, both of which lead to lawful permanent residency, word from the beneficiaries will reach Central America, thus provoking another surge as seen in 2014, which in turn could allow Republicans to poach or inspire the nativism that lurks in voters across the political spectrum.

There is no reliable evidence that supports the above theory — that harsh enforcement actions against migrants in the U.S. will deter future similar migrants from coming to the United States. Obama is singularly obsessed with his campaign to deport children even though his efforts have yielded few results, which is evident from the vehement and virtually uniform opposition from Congressional Democrats against his attempts to weaken laws that protect children as well as detain them in detention camps in Texas and Pennsylvania.

His failure to put his henchmen’s hands on children to deport them to Central America is abundantly evident from the Immigration Court Statistics that span FY 2014 through November of 2015. In reality, attorneys and advocates representing children have been extraordinarily effective in ensuring children are afforded due process, thus resulting in the dismissal of deportation and the granting of permanent residency in the United States for the children they represent. Additionally, many immigration judges have refused to remove children until they are represented by an attorney.

Here are the numbers from Syracuse University’s Transactional Records Access Clearinghouse (TRAC) for the two top deportation priorities of the Obama administration: unaccompanied children, and mothers accompanied by at least one child.

Unaccompanied Children Represented by a Lawyer

Conversely, 6,389 cases were permanently dismissed, most of which are children who will soon be lawful permanent residents as SIJ status beneficiaries or who were already granted asylum. One hundred and fifty-eight were granted asylum or other relief directly by an immigration judge; 16,860 remain pending

For deportation cases DHS filed against unaccompanied children in FY 2015, 10,572 of 26,532 were represented by an attorney. Only 414 (or 4 percent) were ordered removed by an immigration judge; 7,746 remain pending.

Close to a thousand cases in FY 2015 (936) were permanently dismissed and 16 granted relief by an immigration judge.

Unaccompanied Children Without a Lawyer

Five hundred and ninety-seven were permanently terminated and 13 granted relief by an immigration judge.

For deportation cases DHS filed against unaccompanied children in FY 2015, 15,960 were now represented by a lawyer. Of those children, 2,763 (or 17 percent) were ordered removed, 2,598 of which were in absentia; 131 were permanently dismissed and one granted relief by an immigration judge.

Mothers With Children Represented by a Lawyer

For women with children, the second-top priority, numbers are similar.

Mothers With Children Without a Lawyer

For FY 2014, 14,934 of 28,505 did not have a lawyer and the results were devastating: 10,043 (or 67 percent) were ordered removed by an immigration judge, 9,465 of which were in absentia; 4,391 remained pending and an immigration judge only permanently dismissed deportation in 74 individuals and asylum or other relief to 15 individuals.

An immigration judge granted relief in either granted asylum or permanently dismissed deportation in a total of 153 cases; 17,139 remained pending.

The more time that a child or family is provided to obtain either pro-bono or a for-profit attorney, the more likely they will get a lawyer to represent them and win their case.

As time has passed, so has the increase in the number of families and unaccompanied children represented by an lawyer.

For cases started in 2014 and 2015, 48 and 33 percent of families were represented by an attorney, respectively.

The same applies to unaccompanied children, who are afforded significantly more legal aid for pro-bono or low-cost attorneys, and whose cases are overall less time-consuming than family unit cases.

Starting in FY 2014 to November 2015, Obama initiated a total of 83,275 deportation cases against unaccompanied children and 64,356 against families, for a total of 147,631 top priorities for removal in the span of only two fiscal years.

In total, Obama obtained removal orders against a combined 32,218 unaccompanied children and families in the same period, the vast majority of whom did not have a lawyer and were not even present when the judge ordered them removed.

The number of those actually removed from the United States is likely very low given legal and logistical challenges of using the coercive force of arrest and detention to effect the removal of vulnerable children.

The Supreme Court, in deciding whether DAPA may continue, will see that Obama squandered of hundreds of millions of dollars on an almost total failure to effect the removal of children protected by asylum and special immigrant juvenile status through family detention and specialized “rocket” dockets; and now highly costly raids. Despite this, Obama’s lawyers will brazenly argue that he is entitled to use prosecutorial discretion to defer the deportation of millions even if it means “‘consciously and expressly adopt[ing] a general policy’ that is so extreme as to amount to an abdication of its statutory responsibilities.”

In its current arguments, Obama claims that DAPA is a valid use of prosecutorial discretion because DHS needs to shift enforcement resources to its top priorities which are mostly children entitled to stay in the United States under asylum and special immigrant juvenile status. Thus, Obama is consciously adopting a general policy that is so extreme (deporting toddlers without due process to apply for their legal right to protection in the United States is beyond extreme) and amounts to an abdication of his statutory responsibilities.

The record low number of removals of “criminals” further demonstrates that Obama’s policy is going even further in abdicating his statutory responsibilities by deporting fewer criminals in favor of deporting children and mothers.

It is not hyperbole to say that the current policy of Obama is to deport “children, not criminals. Families, not felons.” Let’s hope Obama continues to fail and the intervening litigants win it for everyone else.

An earlier version of this article appeared here.

Bryan Johnson is a partner at the law firm of Amoachi and Johnson, PLLC in New York. His office represents over 300 Central American children in fighting their deportation by securing permanent legal protection through asylum and special immigrant juvenile status.

7 responses to “Deporting Families, Not Felons”