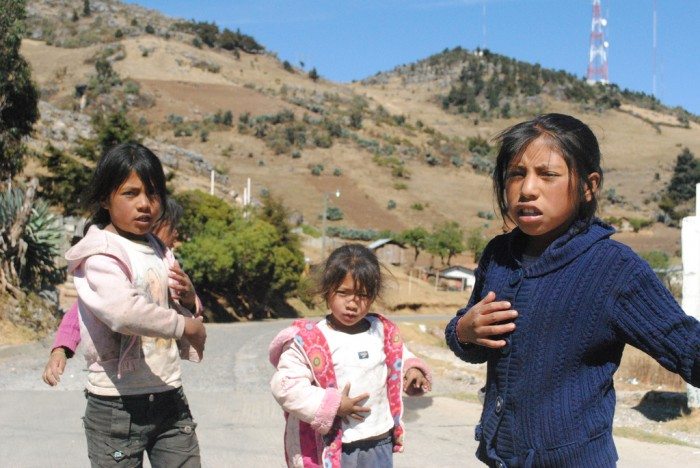 All immigrant names have been changed to protect people’s identities.

Despite pervasive efforts by service agencies, non-profits and advocacy groups to spread “know your rights/conoce tus derechos” information in light of the recent Immigration and Customs Enforcement (ICE) raids targeting Central American women and both accompanied and unaccompanied children fleeing their home countries of El Salvador, Guatemala and Honduras, many vulnerable immigrants are still left confused about how to protect themselves if ICE comes knocking at their door.

This confusion is largely the result of low literacy levels, particularly among indigenous immigrants who speak Mayan dialects and, more frequently than not, little to no Spanish. The indigenous immigrants who do speak Spanish tend not be able to read or write the language, as most have never received any formal education, much less set foot inside a classroom or a primary school.

While working as the service coordinator at Casa San Jose, a resource and welcome center for Latino immigrants in Pittsburgh, PA, during the spring of 2013 — just months before the surge of arrivals of unaccompanied minors and young women with children officially began — a young man and an older boy entered the small office. They didn’t have an appointment. The older of the two introduced himself as Bernardo and the young teenager that he had with him as Pedro. Bernardo was Pedro’s uncle. They were both from Guatemala and both spoke a dialect known as Ixil. Bernardo, however, was the only one that spoke Spanish, leaving me unable to directly communicate with Pedro and relying exclusively on Bernardo as an interpreter.

Bernardo explained that Pedro had been recently apprehended at the U.S.-Mexico border after traveling from Guatemala by himself. He was only 16. After Pedro was caught by ICE, Bernardo was contacted by the Office of Refugee Resettlement (ORR) and agreed to be his guardian. Pedro was then released from an ICE detention center in Texas and sent to Pittsburgh to live with Bernardo, who is also undocumented.

Bernardo needed help filling out the ORR paperwork that would enable him to officially register himself as Pedro’s guardian. He said that although he could speak it, he could neither read nor write any Spanish. I assisted them with the paperwork and explained that while there were of course no guarantees, according to the Department of Homeland Security and ICE, their address would not be used for any raids.

As the temperatures warmed and spring turned to summer, the unaccompanied minors and their guardians with whom they had been recently sent to live continued to pour into the Casa San Jose office in record numbers. Over half of the unaccompanied minors that we assisted were from Guatemala, and the majority of the Guatemalans spoke dialects instead of Spanish. And if they did speak Spanish — like Bernardo — they still could not read or write it. During my tenure at Casa San Jose (I am still affiliated with the organization, though now on a volunteer basis) from early 2013 to early 2015, I can recall meeting only two indigenous clients that could not only could speak Spanish, but also read and write it.

In my experience when working with indigenous Guatemalans– mostly the Ixil, but also the Chuj and Mam peoples — accommodating and adjusting to working with them is not just challenging because of their low literacy levels and limited spoken Spoken, but also because of general comprehension and familiarity with navigating social, legal, and civic infrastructure in the United States. These barriers do not imply a lack of intelligence, strength or resilience on the part of indigenous immigrants that speak dialects.

In turn, while there is indeed a commendable amount of written materials and videos all over social media right now explaining what to do if ICE arrives, we have witnessed that these materials are not sufficient for the indigenous families, or for the non-indigenous families who also happen to be almost entirely illiterate due to growing up amidst extreme poverty.

Grace Muller, bilingual navigator at Casa San Jose, recalled one recent occasion where she met with clients who expressed fear and uncertainty about the raids the moment that they eagerly entered her office. One client was an indigenous teenager from Guatemala and the other a middle-aged woman from El Salvador.

Grace sat down at the table with them to review the handouts that she had on how to prepare for an ICE visit or apprehension of sorts. There were seven pages all together, each filled with a combination of Spanish text and “glossy illustrations,” as Grace described it. She was impressed by the quality of the materials and enthused to share them with these two concerned individuals. Grace watched the woman and the boy briefly review the materials, and it quickly became clear to her that neither of them could read what was on the pages.

“I’m not a native Spanish-speaker. I have had very little formal Spanish education, and yet I am the one reading out loud to them,” said Grace. “How do you explain someone their rights in a very simple way? It’s the most basic but most important education you can give a person. It feels very unfair that I couldn’t give them anything better.”

The frustration that Grace expressed regarding not being able to give the indigenous (and illiterate) better resources and guidance that they more fully comprehend is something that I have felt a great deal of, too. Finding interpreters and community advocates that speak Ixil, Chuj, or Mam is difficult in places like New York City and Washington, D.C. that have larger Latino immigrant populations and more resources to offer them. In places like Pittsburgh, where the Latino population is still relatively small despite significant growth in the past decade, acquiring those same resources is almost impossible.

We do everything in our power to offer accurate and reliable information on how to prepare for an ICE visit when working with indigenous Central American refugees, but admittedly some information almost always gets lost.

In order to sufficiently convey to the indigenous and the illiterate what their rights in this country are, one-on-one attention is required. Group “charlas” and trainings that are more common won’t necessarily be enough for indigenous Central Americans who do not speak much Spanish and are less integrated into the fabric of their communities in general. Working with the indigenous is intensely personal and generally much more time consuming that working with non-indigenous and more educated immigrants, even if that education only lasted until 7th or 8th grade. The difference is palpable.

The extreme vulnerability that applies to the indigenous Central American refugees during this uncertain and fearful time of egregious ICE behavior is daunting, but educating these indigenous immigrants needs to be made a priority. Preparing these specific immigrants for an ICE raid takes more time, planning, and energy than working with Spanish-speaking Central Americans. Despite these challenges, however, neglecting the indigenous would mean neglecting a substantial, yet hyper-invisible subset of vulnerable immigrants who are rarely mentioned and all too often left out.