What the Neo-Nativists Say About Mexico, Vicente Fox and Donald Trump 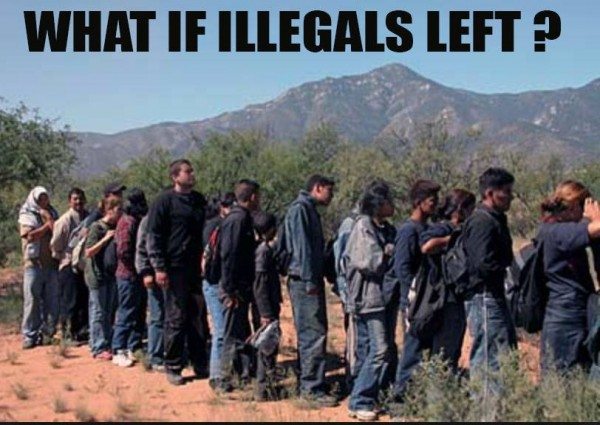 As part of our quest to always find out what other voices think about immigration and the end of civilization in the United States, we subscribe to many “newsletters.” The following text is an actual post from a Maryland-based neo-nativist group that was sent to supporters over the weekend. We did not edit it. We are running it as is. Yes, this is actually coming from someone whose first language is English.

You have got to love this. Former failed Mexican Presidents Vicente Fox and Felipe Calderon, joined by Mexican Foreign Affairs Secretary Claudia Ruiz Massieu, have been unloading on GOP Presidential Frontrunner Donald Trump, calling him ignorant and a racist!

Because Trump has promised to build a wall across the U.S. – Mexican Border, which will severely cutoff the flow of Mexican and Central America illegal immigrants, as well as drugs and criminals into the U.S. Trump also wants to balance the double digit billion annual trade deficit we have with Mexico. How dare these ex-officials get involved in the U.S. political process. I can imagine the uproar in Mexico had U.S. officials made these same comments about a Mexican candidate.

If Fox and Calderon had presided over successful administrations there what not be 25-30 million Mexican illegal aliens and their anchor babies here in the U.S. Mexicans continue to vote with their feet and cross the border looking for our jobs and our tax dollars, social services, medical care and welfare. Don’t forget by law we have to educate their illegal alien and anchor babies. In addition, we must pay for law enforcement and incarceration costs for these Mexican illegals.

We spend billions and billions every year taking care of this problem emanating from our southern border while these same illegal alien Mexicans send dollars home to their families earned illegally here in America.

The border fence is an important first step to stop the flow from the south. Interior enforcement of our immigration laws including E-Verify which will screen out illegal alien Mexicans and Central Americans from obtaining jobs is another important step.

Clearly, the only things Fox and Calderon succeeded at was using our great nation as a dumping ground the tens of millions of Mexican and Central American citizens they could not provide jobs and services for. And creating a network of 54 Mexican Consulates across our country, not to promote trade but to help their illegal alien citizens stay in the U.S.

So it continues to be our problem. Illegal alien criminals, heroin, meth, prostitution, human trafficking, etc. Time to send our ever multiplying problems home. Time to shut down most of the Mexican Consulates in the U.S. Mexico, this scam is coming to an end.

Finally, I just love when Mexican leaders pontificate about the great relationship our countries have. Really? From Vietnam, to Kosovo, to Desert Storm, to Iraqi Freedom, ISIS, etc., our leftist neighbors to the south have not done anything to support the U.S. globally. Mexico does jack to help this country. At least the Canadians join our efforts internationally and vote with us often in the UN. Where is Mexico?? We have no need for a border fence with the Canadians.

At the end of this “essay,” the “newsletter” shared this quote from Victor Davis Hanson:

Since Obama’s reelection, the southern border has been wide open, in naked efforts to recalibrate American electoral demography. The U.S. has taken in more immigrants, legal and illegal, than has any other country-the only impediment for entry is being educated, skilled, with resources, and insisting on legality. The U.S. last year allowed nearly $80 billion to be sent in annual remittances to Mexico and Latin America, mostly from those here illegally.

Certainly, Mexico, in a most un-Christian fashion, has built walls on its own southern border to prevent unlawful entry, published comic-book manuals to instruct its emigrants how to violate U.S. immigration law, and written into its own constitution repulsive racial prerequisites for emigrating to Mexico-all to the apparent ignorance of the otherwise intrusively editorializing pope. Mexico’s own obsession with exporting its indigenous people to the U.S. is predicated on historic Mexican racism, always emanating from grandees in Mexico City.

One response to “What the Neo-Nativists Say About Mexico, Vicente Fox and Donald Trump”