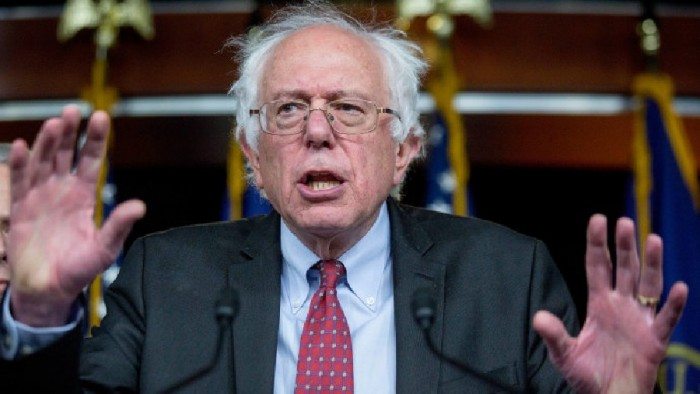 The Universe works in mysterious ways. By many examples in nature, we can see that even the planet, as a whole, has its own ways of maintaining a certain balance, an order, the yin and the yang of what, physically speaking, keeps us in orbit. Whatever forces are at work to keep this giant hunk of flying spherical rock revolving around the sun seem to be pretty precise and formulaic when it comes to making sure that we don’t completely fly off of our rockers.

This idea, that there is always balance in the world, came into play recently while I was thinking about America’s current political situation. As a left-leaning, wannabe-pinko, socialist-in-training, I found myself absolutely enthralled and swept up by the campaign message of Senator Bernie Sanders. And why wouldn’t I be? I thought, well, here’s this guy, who has been fighting most of his life, against the political machine that mass produces inequality and corruption. Here is a guy who is speaking to an audience of fed-up folks, and he’s talking about raising wages, the right of all to health care and free education, workers’ rights, and Black Lives Matter equally by focusing on what he says is the root cause of our deepest concerns about the state of this country, brought on by the inefficiencies of capitalism, the negative backlash that comes from so few controlling so much while so many others suffer.

Well, up until today, in history class, I was under the impression that we could somehow peacefully work within that broken system, and that eventually everything would just fix itself from the inside. As it happens, I may have been right, but not because Capitalism Lite was somehow just going to manifest itself, but because the world in nature always finds a way to protect itself at any cost. And even if, according to my professor, there has never ever been a successful change of power or political revolution that has not been by force, some psychologists do assert that nonviolent resistance can be equally, if not more successful than violent political revolutions. So what am I saying here? Is Ray Perez, peaceful hippie wannabe and general shit-talker but non-violence promoter, all of a sudden condoning a radical overthrow of the government in order to take down capitalism?

Well, let’s think about where this is coming from. As a father of three children, and I’m sure any parent can attest, by nature, we have a protective instinct that allows us to rationalize violence when it comes to protecting our children. Going beyond protecting only our own children, when you reach a certain understanding of human biology and the history of humanity, you make the connection, that we are all connected, biologically related; in fact, we are all one family. So when we see an economic system designed by the few rich, to oppress and exploit the poor, and we see firsthand, and have learned of all of the chaos and turmoil and death that has been caused by capitalism, then it naturally becomes okay to want to exterminate and destroy this appalling apparatus whose only goal is to gain profit for the already wealthy power mongers at the top, while denying and demeaning the value of the lives of those on the bottom of this giant child-killing Ponzi pyramid scheme we call capitalism.

What kind of person in history has ever simply handed over their power to make everyone more equal? Nobody. Ever.

Today was the day that I had to face the harsh reality that we might actually see a political revolution in our lifetime after all, and it seems to be happening simultaneously in two different possible scenarios, one possibly more favorable than the other, depending on your point of view. One violent, and the other peaceful.

The peaceful route is that Bernie Sanders becomes president, we change out the Congress folks to back him, as well, and then maybe, we start to see some change. My professor doesn’t believe that, though. Nobody is going to willfully pay more taxes so that people can be more equal.

Well, what if Bernie Sanders doesn’t even get the nomination? I would definitely not vote for Hillary Clinton for many reasons, but after today, after what I learned about political revolutions, the most important reason I will not vote for her is that the second and more violent possible scenario being presented is that the Universe is putting in place a presidential administration that will be worthy of being overthrown.

Think about how easy it would be to motivate millions of people to rise up to overthrow a most worthy adversary, with his quintessential villainous attributes, and caricature-like meme status. President Donald Trump will fall, and capitalism will topple down right along with him. It almost sounds too good to be true. I mean, Trump is the epitome of capitalism. He encompasses the ethics and values of what drives capitalism in America. Bigotry, white supremacy, greed — the guy is the complete package in a human nutshell, the personification of capitalism, if you will. So not only would this coup de grâce that takes down the presidency of the living symbol of capitalism be both symbolic and melodramatic, it would be epic!

Ray Perez is an actor, artist, writer and musician from the Rio Grande Valley in South Texas. He is best known for getting Joseph Gordon-Levitt to rap in Spanish on the song “The Prize” for hitRECord.org, JGL’s collaborative production company, and for playing the small role of Beggar in the film A Night In Old Mexico opposite Academy Award-winner Robert Duvall.