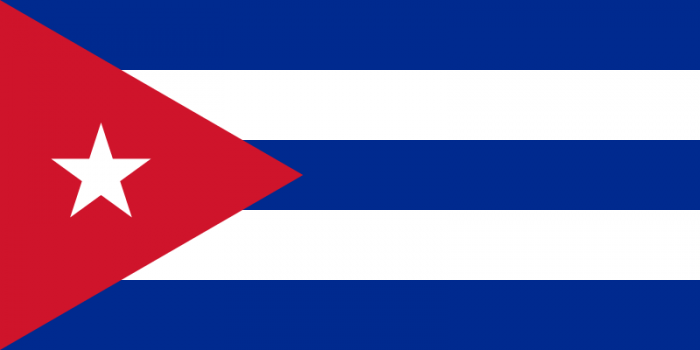 I’m the granddaughter of Sargent Juan Medina from Consolación del Sur, Cuba, who served under Batista and retired when Castro assumed power. He later joined the MR-15, the contra-revolutionary movement against Castro, when they took our family’s properties. My abuelo was very well-respected, some say even feared, and high in the ranks of the movement. I’m the daughter of Jorge Medina, who fearlessly joined the MR-15 at the young age of 15. Both were imprisoned for fighting for freedom and at 17 when the regime sought after my father to send him to a firing squad, he fled. With that being said…

If you left in the 1960s or if you’re a Cuban-American who has never stepped foot on the island, then maybe you should reconsider your position on President Obama’s visit and his attempt to restore a relationship with Cuba. Yes, Cuba oppresses its people, yes, they violate human rights, yes, there is no freedom of speech. Similarly, China, another communist country, oppresses their people and we Americans have been doing business with China for decades. There are approximately 62 MILLION Chinese girls missing due to their 1-child policy law who are literally left on the doorsteps of orphanages or even on the street, but who cares right because, we are not Chinese? Well, I care and so should you! So, if you’re an advocate of human rights then be fair and be an advocate across the board. Go ahead and throw all your electronics and half the clothes in your closet in the dumpster and moving forward only purchase fair-trade items made by people who are truly FREE! Bienvenidos to capitalism my friends, a not-so-perfect system where divide and conquer is our foreign policy and a land where most of us pledge allegiance not to “God” but to Benjamin Franklin, a country whose national anthem should be changed to Wu-Tang’s “C.R.E.A.M.”

Perhaps Obama is having a dialogue that could potentially give people an opportunity to rise above, not just financially but maybe even with a revolution. Indeed, with or without the embargo, the Castros will continue to benefit financially BUT without the embargo the people will have a chance to rise above and have access to technology. Fax machines changed the course of history in Germany and Twitter did that for Egypt. There is hope for Cuba.

I agree with Presidente Obama: let’s leave the past in the past. WE Cubans should pat ourselves in the back for all we have accomplished. Miami is proof of that. The past was unfortunate. Don’t forget, but let it go and let’s think about how we can help the Cuban people rise above!

And before you give your opinion about a place that you haven’t been to or lived in for 50 years, I encourage you to go to Cuba yourself and have an open dialogue with a lot of people who are surviving due to tourism, for one. This is not black or white, it’s grey and all 50 shades of it.

Don’t think for a second that the situation in Cuba doesn’t break my heart because I was there nine days and cried every single day… but fair is fair. So if you’re going to stand for freedom, then let’s be a voice for ALL who don’t have it.