Finale: Lessons Learned on the Camino 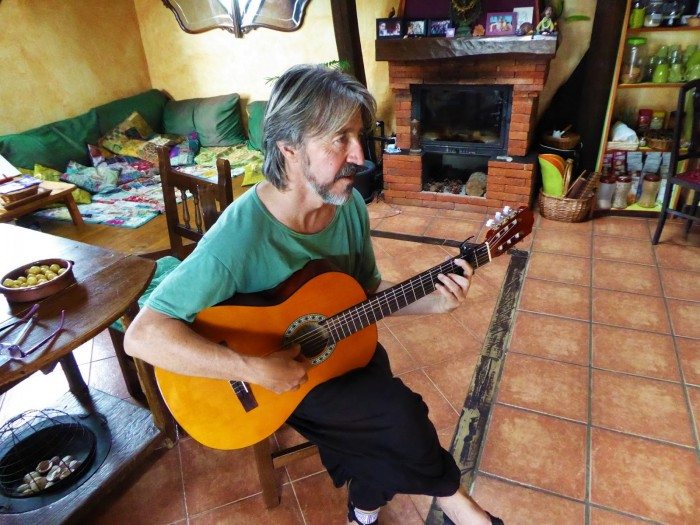 In the town of Hospital de Óbrigo, slightly beyond the halfway mark of my 500-mile pilgrimage to Santiago de Compostela, I stayed at the Albergue Verde, a hostel for pilgrims. The owner of the inn, Benjamin “Mincho” Fuertes, is perhaps the person who most impacted my journey.

Shortly after meeting him, I knew I was in the presence of someone who strives to exist on a spiritual plane. That was easy to see in the selfless manner in which Mincho treats his guests, his dislike for handling money, and his disregard for material possessions. The top priority at the Albergue Verde is the pilgrim’s well-being.

Late every afternoon, Mincho leads a yoga session. It’s included as part of the stay. I had never practiced yoga before. What little I knew led me to believe that yoga involved a long, boring, and painful series of stretching exercises. As a result of this belief, I was not in the mood to be exposed to further discomfort after a full day of walking. A handful of acquaintances I made that day, however, shamed me into giving it a try.

What I experienced surprised me. Leading the exercises in a soothing voice, Mincho helped us unite mind, heart, and body. On that afternoon, at least for me, yoga became a mystical experience. 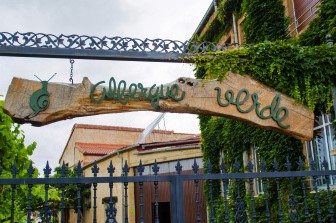 The entrance to Albergue Verde

Afterward, at the communal dinner, I sat next to Mincho, wanting to learn more about the person who had opened my eyes to a new way of being.

“I’m from Hospital de Órbigo,” Mincho said in answer to my first question. “I was born in this town. In fact, this house belongs to my family.”

When I mentioned that he appears to live on a spiritual, rather than physical plane, he smiled and said, “Ever since I was an adolescent, I knew that I wanted to develop my spiritual self. When I graduated from high school, I asked my father if I could go to India for a year, to study yoga and Hinduism. To my surprise, he agreed.

“I went to Rishikesh and was lucky to find a guru I believed in. After a year under his guidance, I returned to work on my father’s farm. That was long time ago. Since then, I’ve returned to India every winter to continue my studies. My guru passed away last year, which has left a great void in my life, but I will continue to go. I still have much to learn.

“Fifteen years ago, my guru told me that before I could advance to the next stage, I needed to go on a pilgrimage. He said that walking for an extended period is the best form of meditation, as the rhythm of our steps and the solitude helps to unite the body with the spirit. He also suggested that I walk the Camino de Santiago because this route, being so close to my home, would reveal much to me.

“I had never thought about walking the Camino, even though I’ve been living alongside it all of my life. One morning, after breakfast, I left my house with a small backpack and started walking to Santiago de Compostela, just like the pilgrims of old. I walked there, and then back. It was the most remarkable journey of my life. The Camino’s spiritual energy astounded me. The irony is that although it had been right next to me the entire time, I had to travel all the way to India to appreciate its significance.

“After I returned, I knew that I had to devote the next stage of my life to being of service to pilgrims. My family supported the idea and gave me this space to open the Albergue Verde.”

Mincho’s story illustrates much of what walking the Camino means to me — it’s an opportunity to unite the body, the mind, and the spirit. 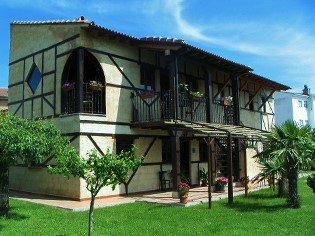 When I chose to write a series of articles about my pilgrimage, I didn’t want to duplicate other accounts. A quick search on Amazon reveals more than 60 published biographies and memoirs. And there are countless blogs devoted to describing the experience. What’s more, these writings are often quite good. In view of this, I decided to tackle whatever caught my interest along the way: chance encounters with locals, stories of medieval publicity stunts, a visionary who foresaw what the Camino would become today, a Vatican prince who died as he lived — by the sword — and the literary inspiration that writers such as Hemingway, Coelho, Pardo Bazán, Quevedo, and Feijoó found along the way.

From the day I made up my mind to become a pilgrim, I knew I wanted to walk alone. For many pilgrims, the Camino is a social experience. Indeed, I witnessed quite a few who developed bonds that will last forever. But I needed my pilgrimage to be a time of reflection and contemplation. And while at times I did walk alongside others, I mostly journeyed on my own.

And walking in silence, as Mincho says, will become a prolonged meditation. During the 47 days it took me to arrive in Santiago de Compostela, there was ample time to think about every topic of importance: family, friends past and present, work, life, death, love, fear, and so forth. And what I basically learned are two things: one, that my life has been a blessed one and for this I need to remember to be grateful; and two, and it’s a lesson the Camino teaches many — that I need to learn to face whatever challenges life places before me with serenity.

I was called upon to apply the second lesson much sooner than I had hoped. My mother died two months to the day I completed the pilgrimage. She lived in Fresno, California, with one of my sisters. Every New Year’s, my wife and I, who live in Panama, would travel to spend it with them.

This time, when we arrived, due to an unexpected and sudden illness, my mother was on her deathbed and she only had a few hours of clear consciousness left. She was ready to die, in her body, mind, and spirit. Between us, in a silent conspiracy, we plotted to pass on this acceptance to the rest of the family. This allowed her to say farewell to her children and grandchildren, as well as to offer each of us a last bendición.

When my mother passed away a few days later, although our hearts were heavy, our sorrow was bearable because we were able to experience her love and witness the wondrous way in which she embraced her death. She departed with dignity and grace, and I am sure that the reason I could help her do this was thanks to the lessons I learned during my pilgrimage along the Camino de Santiago.

One response to “Finale: Lessons Learned on the Camino”