Disciples of Babylon: A Global Band of Latino Rockers 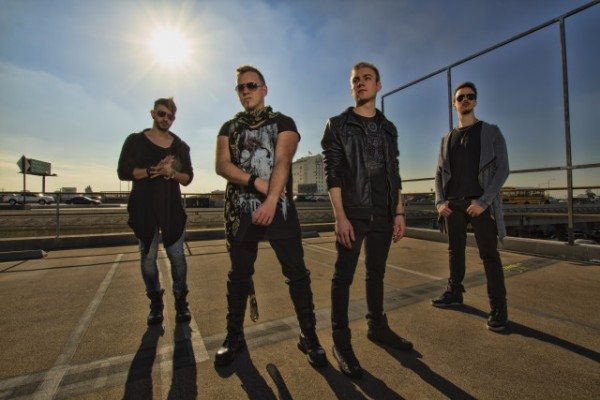 We love rock, period. Latinos have been metálicos since metal and punk took the world on a g-string riff at an 18th beat.

However, few are the bands that manage to keep the contagious head-banging beats with harmonious tunes. And that’s how this global band of Latino brothers stood out.

Sharing the accolades and sophisticated musicality of Alter Bridge, Avenged Sevenfold, and Disturbed, and hailing from Los Angeles, meet Disciples of Babylon. The group was founded in 2012 and includes Eric Knight on lead vocals and rhythm guitar, lead guitarist Ramón Blanco, bassist Gui Bodi and, on drums, Chris Toeller.

They released their debut EP Welcome to Babylon, produced by world-class Grammy winner Andres Torres. Their single “Karma” was selected by the Eclectic Music Blog as #75 of the “Top 100 Songs of 2015.” They were also selected as one of the “Top 25 Best Critiqued Bands” of 2015 in the year-end edition of Music Connection.

This band not only has the talent to back up their hype, they have a style that is unique while at the same time featuring small bits of their influences. Impressive on every level, Welcome To Babylon is going to be welcomed with open arms by anyone who listens.

After hearing their EP and learning more about these fantastic musicians, I had to sit down and have a deep talk with el gran Cubano, Eric Knight, and el majo Español, Ramón Blanco.

Marlena Fitzpatrick: Why the name “Disciples of Babylon”?

Eric Knight: I was researching stuff on Babylon and what actually happened in Babylon. I came across the term referring to the citizens of Babylon as the “disciples.” I thought that it was obviously a striking name. I immediately jotted it down in the list of really cool names for the band.

MF: Are you worried to be labeled as a religious musical act?

EK: No. We’re not a religious band. The title of our EP is “Welcome to Babylon.” I refer to Babylon as where we are in America right now. I think we’re living in a modern-day Babylon.

America has been used to being on top and being #1 that we’ve neglected the core values of what this country was founded on. We’re falling apart. That’s why we’re seeing chaos in this election cycle. I think people are just fed up about what’s going on. I believe we’re heading towards a revolution and there’s going to be a radical change. I don’t know when that change is coming, but it’s starting right now. You can see it coming.

Our message is to spin this into a positive thing. We write about uniting people and letting people that do not have a voice have it. We have a heavy stance on giving the power back to the people and not let[ting] the government take the power away from us.

MF: Do you consider yourself a sample representation of our America?

Ramón Blanco: Yes, we’re a global band. Eric’s family is from Cuba, our drummer is from Chicago, and our bassist is Brazilian. I’m from Spain.

EK: And we all met in the same music school — Musician’s Institute College of Contemporary Music in Hollywood.

MF: Are you open to recording in other languages besides English?

EK: Yes, that’s one of the biggest things we’re trying to do and use to our advantage. Because we’re a trilingual band — all the interviews and EPK’s are shot in English, in Spanish and Portuguese. Of course we want to appeal to our people especially in rock and hard rock, which is huge in our market. In the future we will record versions of stuff in Spanish. I don’t know if we’ll do a whole album, but maybe we’ll do singles that would be cool for the Latino market.

This goes back to being a global band. I call this the United Nations band. We’re trying to represent our parts of the world, as well as everyone else.

MF: Getting into Rebeldes territory, let me ask you this: What do we have to measure or look at in this election cycle to avoid becoming another Babylon?

EK: We need to get back to basics by taking care of our own. You hear about the veterans that aren’t being taken care of. The homelessness is a big issue. We’re the greatest country and there shouldn’t be a person starving in our country. Then, we can think about branching out and helping other people outside the U.S.

It’s crazy! I mean, gender equality is another issue we must tackle. We can go on and on, but I definitely think we need to vote for the best person that’s going to speak to our voice and what we’re trying to do. People are sick of the bullshit politicians are spewing out and that’s why you have this maniac, Trump, getting all the attention. We elect the government; they shouldn’t control us.

RB: I can’t vote here: I’m not a citizen. What I ask of all my American friends is to please go vote. It’s a way to express yourself. If you don’t want to vote for you, then please do it for me. For good or bad, you should go express yourself. Please, use your right. My grandparents couldn’t vote because they were ruled under a dictator, Franco. In Spain, [voting] wasn’t a right. For me, I was the first generation able to vote.

MF: Somos familia, ustedes son nuestros. Let’s propel a Latino leaders’ movement. What would be the most important issues Latino leaders should tackle?

RB: First, we must keep working for this country. Stop listening to the bullshit and take action. It’s important to stop permeating stereotypes about the Latino community. We’re hard workers. That’s who we really are.

EK: In a few years the population will be predominantly Latinos. We have a huge power, including spending power. I’m not trying to make us sound like a superior race; it’s just a fact. They’re saying we’re lazy. If that’s true, why do we have the biggest spending power and [why are they] marketing to us? If you see advertising [on] Anglo stations, they’re targeting Latinos. It goes back to my point: we have the control, not the other way around. We have to educate the kids and teach them about what’s going on and who we really are. 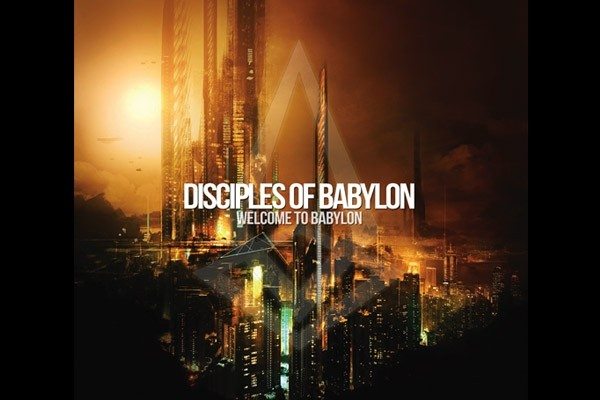 MF: Tell us about the Babylon Society, your activist initiative.

EK: We’ve created an initiative called the Babylon Society, and the idea behind it is supporting charities we want to bring to the forefront. The Society is fan based, so we want the fans to become involved. We feel we have a platform to reach many people, as a civic duty to turn that around and make it positive in whatever way it manifests. With the Society, we get our fans to go on and do something good whether it’s a random act of kindness or support one of our groups. Hopefully we can change somebody’s life.

MF: Speaking of society, Babylon and an imminent revolution, what’s your take on the militarization of our police force?

EK: How many more people is it going to take for us to head in the right direction? It’s crazy! There needs to be a new educational campaign for the police and stop giving weapons to trigger-happy people. These police officers are being trained “shoot to kill,” instead of “shoot to disable” or something. We need a big gun reform. Look, I think the whole country needs to be rebooted. There are so many things going on.

MF: Wow! Between Babylon and rebooting the country, this question seems inevitable: what is your definition of a Latino Rebel?

EK: A Latino Rebel is someone that’s not willing to take less than the best for themselves, and to aim high in everything that we’re doing. We need to set the example — that’s a rebel. The way we carry ourselves shows we’re truly great.

RB: A Latino Rebel is someone trying to improve his or her life, reach their goals and work hard. Someone that wants to be happy. Happiness is an act of rebellion. Enjoy the life we have.

MF: I love that. Rebellion isn’t just about anger, but a celebration of life. Wonderful, and thank you! 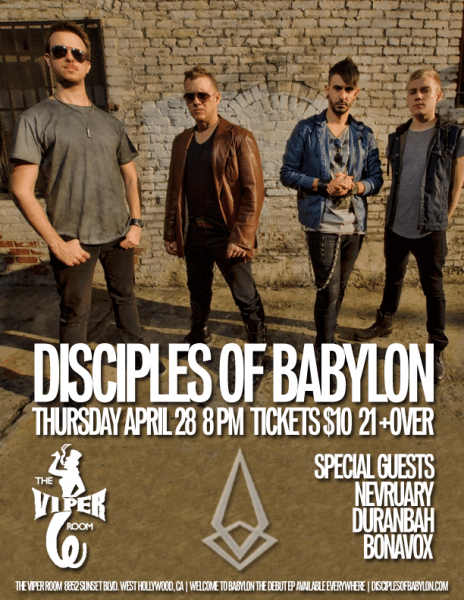 One response to “Disciples of Babylon: A Global Band of Latino Rockers”