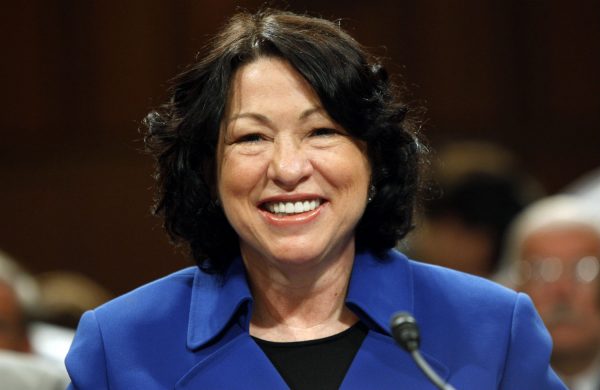 WASHINGTON, DC – The Hispanic Heritage Foundation (HHF) announced that U.S Supreme Court Justice Sonia Sotomayor will receive the Leadership Award at the 29th Annual Hispanic Heritage Awards, which will take place on September 22, 2016, at the historic Warner Theatre in Washington, DC.  The Awards recognize the contributions and accomplishments of Latino leaders in various fields while celebrating cultural pride and the great promise to America.

The Awards were established in 1987 by The White House to commemorate the creation of Hispanic Heritage Month in America.  The Awards are considered among the highest honors for Latinos by Latinos and the program will include top Latino performers and personalities paying tribute to the Honorees from the stage.  Announcements on additional honorees will continue over the forthcoming weeks leading up to September.

“The Hispanic Heritage Foundation is extremely proud to be able to honor Justice Sotomayor with our Leadership Award,” said Jose Antonio Tijerino, president and CEO of Hispanic Heritage Foundation. “The Justice truly embodies what it means to be an American.  The Hispanic community has made significant contributions throughout history, and we are proud to recognize that impact in the present and the future as well.” 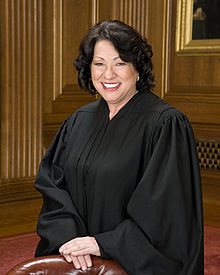 Of Puerto Rican descent, Justice Sotomayor was born in the Bronx, New York, and earned a B.A. from Princeton University, graduating summa cum laude and receiving the university’s highest academic honor. She then earned a J.D. from Yale Law School where she served as an editor of the Yale Law Journal.  After that, she served as Assistant District Attorney in the New York County District Attorney’s Office from 1979–1984. She then litigated international commercial matters in New York City at Pavia & Harcourt, where she served as an associate and then partner from 1984–1992. In 1991, President George H.W. Bush nominated her to the U.S. District Court, Southern District of New York, and she served in that role from 1992–1998. She served as a judge on the United States Court of Appeals for the Second Circuit from 1998–2009. President Barack Obama nominated her as an Associate Justice of the Supreme Court on May 26, 2009, and she assumed this role on August 8, 2009.

The Awards serve as a launch of HHF’s year-round, award-winning programs which inspire, prepare and connect Latino leaders in the classroom, community and workforce to meet America’s needs in priority fields.  HHF is a 501(c)(3) nonprofit organization.  For more information on the mission of HHF visit www.hispanicheritage.org.