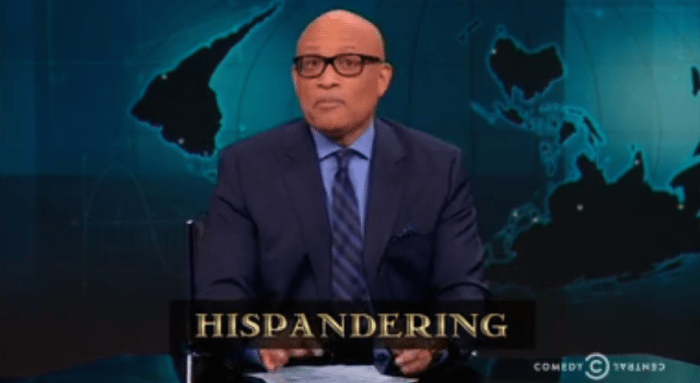 Latino/Hispanic outreach has proven to be a critical part of this election cycle, as both the Democratic and Republican parties attempt to court an increasingly important demographic. The Republican Party has failed massively in this regard, with outrageous and largely uninformed statements from their nominee, Donald Trump, unfairly targeting a significant portion of the American populace.

Such rhetoric would often be welcomed by the Democratic National Committee, or DNC, in the fight to help elect presumptive Democratic nominee, Hillary Rodham Clinton. Her selection of Tim Kaine, former governor and current senator of the state of Virginia, a pick that was viewed quite highly by many. His ability to speak Spanish, has been seen as a positive in an election cycle where the integrity of Latinxs has been unfairly attacked. This was, of course, before the release of over 19,000 emails from several key figures from the DNC.

The Democratic National Convention faces turmoil as these revelations are proving that the DNC attempted to halt the progress of Bernie Sanders, and assure the nomination of Hillary Clinton. Sanders and his call for the resignation of former DNC chair, Debbie Wasserman-Schultz, amid the controversy, has taken away from another controversial aspect of these emails.

The issue of pandering is an issue that is worth discussion, as candidates look to win support in heavily populated Hispanic states such as California, Florida, and Texas. A look at data that maps the Latinx electorate by state and congressional district, reveals how important the Latinx electorate has become. This, however, does not mean that Hispanic voters are “precious” consumers to be courted, and quickly forgotten.

Sadly, this is the truth. Now, whether or not the email in question identified Hispanics as a “brand” is a valid question. The issue here is, that accepted or not, such an approach was still conceived.

The consumer has been, and continues to be, the political elite of the United States. The “loyal consumers” are the victims, exploited for financial and labor capital for centuries. It perpetrates the idea that Hispanics are second-class citizens. It assumes that there is no deviation in politics, culture, d circumstance within the Latinx population. Either as citizens or immigrants, documented and undocumented, it is paramount to recognize these differences and struggles.

The trivialization of these struggles is presented in the most controversial of the leaked DNC emails. These officials spoke of the handling of the deportation of Central American migrant families by the Obama administration. The issue at stake here, and this speaks to the Democratic strategy of “pander, receive votes and forget,” are ones that hit home to many in the Latinx community. Immigration is one of those core issues.

The issue of immigration has been at the fore of the recent election cycle. The focus from the Republican Party has been to create a platform that prevents diversity and inclusion, while the Democratic Party focus has been quite the opposite. The emails, however, paint a different picture.

Immigration has fallen victim to typical political posturing, and finger-pointing, and has become the method of pandering to the Latinx population. The plight of these Central American refugees is nothing to be ignored, and takes away from the true impact of these harmful policies.

Hillary Clinton and her recent flip in opinion of the 2009 Honduran coup, should also be taken into consideration, as she furthers herself from the actions of the Obama administration. This is not another issue to bypass, it is significant and lives hang in the balance, and choosing to ignore it, only legitimizes the violence these families are escaping.

The overt racism of the Republican Party, while horrific, encapsulates the general perception of the Latinx population. The leaked emails, as a result, have not shifted opinion, as the Hispanic population will continue to be pandered to a consequence of being a growing demographic.

What these emails have done, in effect, is encourage dialogue that has allowed for the Hispanic population to actively question their role within the American political system. Change is coming, and that is a “brand” we can truly believe in.

Nathaniel Santos Hernández graduated from the University of Maine in 2016 with a degree in Anthropology. He is a graduate student/research assistant at Boston University’s Latin American Studies program. Nathaniel tweets from @saint_nate12.