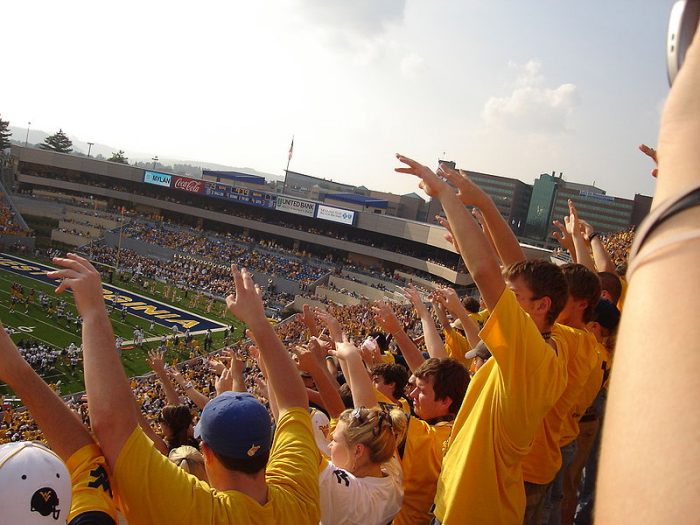 This past Tuesday night, we received a forwarded email that originated from a Latinx student at the West Virginia University. The student, named Kasey, is in her first year at the school. Here is what was brought to our attention:

From the moment I arrived on campus, I have encountered racism from students, staff, and community members. Calling upon the institution for support has resulted in nothing but closed doors at every level. Fed up with being told by administration to “not push my social agenda,” I wrote a letter to the president, detailing some of the instances of racism that I’ve encountered. When he didn’t respond, I contacted the student-run newspaper to start a campus-wide conversation on the truth of racism in a “colorblind” institution. The student paper refused to bring the letter to print because it was too “controversial.” Racial tensions rise daily at WVU. I figured that the world should know about the shit going down in Morgantown. Please consider giving this coverage, because this racist violence is going completely unnoticed.

In our response to Kasey, we agreed to publish her letter to E. Gordon Gee, the university’s president. Here is the letter she wrote:

I’m writing to you today to express my desire to see change here on campus.

When I first arrived in Morgantown for New Student Orientation, I visited the bookstore. As I was checking out, the cashier asked me: “What are you? What is your heritage? I’ve never seen a last name like yours before.” When I responded that my ancestry was Puerto Rican and Mexican, the cashier’s response was: “Wow, we don’t get a lot of you around here.”

In just the three short weeks that I’ve been a Mountaineer, I have witnessed your care for the student population through your active dialogue with students regarding the issues they face. I was hoping that you would extend this care to a conversation about campus inclusion for students like me. 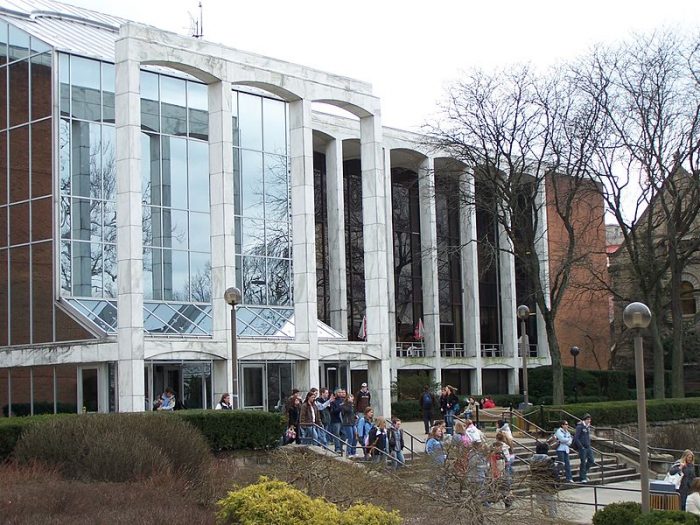 My experiences in the past three weeks have made me question my decision to come to West Virginia University. These experiences include but are not limited to:

These instances of marginalization have fractured my Mountaineer Pride. I am unable to build bonds with fellow students and mentors who see me as too different from themselves to make connections with.

I know that I cannot be the only one affected by the lack of a cohesive Latinx culture here on campus.

The other day a floormate stopped by. We watched a telenovela together, and ten minutes into the show, he turned to me and asked how I was doing here. He expressed to me that coming from a Latino town, WVU’s campus was beyond culture shock for him. “How do you survive in a place that wasn’t meant for you?” he asked. This has also been a question heavy on my mind, a question I am hoping you can help me answer.

There are many outspoken groups around campus whose members advocate for deportation of and violence against students like me. A particular student in my roommate’s class loves to wear a shirt with the words “BUILD THE FU**ING WALL” emblazoned upon it in all caps. It’s difficult to interact with classmates who are so hostile toward my culture that, without even knowing me, want me out of their university and out of their country.

I’m not saying that these students shouldn’t be able to exercise free speech, but I believe that there needs to be a Latinx community that I can connect with to combat the very real sense of fear that these groups spark within me.

As I asked around campus, it was made clear to me that mine is an unpopular opinion. I cannot count the number of times that fellow students and WVU administration have told me that “everyone here is understanding of different perspectives.” If this is true, and I believe that it is not, then my experience on campus would be drastically different.

I am aware that there have been vibrant Latinx groups in the University’s past, but these organizations and groups are not sufficient. In a world where our identity has become a topic for debate, Latinx students need institutional support. There must be a place within this university for Latinx students, or else any attempts at diversity will fail miserably.

Change is not impossible. A fellow student told me that, “as a white person striving for social change, I believe it’s important that we stop looking out the window, and instead start looking in the mirror. We need to question the ways in which we contribute to the discomfort of WVU’s Latinx community.”

I believe that all Mountaineers should have access to the same level of institutional support and Mountaineer Spirit, and I know that I am not alone.

I have been attempting to find solutions at every possible avenue, but I have either been redirected to non-existent student organizations or told that I need to be patient. Patience is not enough to keep me at WVU. I have hope for the future, but in order to create a better tomorrow we need to be having proactive conversations and implementing inclusive policies in the present.

I am asking for your support and assistance in addressing the cultural issues on campus. As a president who actively connects with his students, I know that you have the most knowledgeable perspective on avenues for social and institutional change at this university.

I would love to open up a dialogue with you about possible solutions to the institutional and cultural challenges that this university faces. I understand that there are no easy answers, but I was hoping that this university would be willing to meet me halfway in creating a more inclusive campus. I have communicated with a range of administrative members of the university, but none of them were able to provide answers to the questions I am asking of the institution. I stopped by your office last week and was told that you don’t often have formal meetings with students, but I believe that this conversation is a necessary last step.

You clearly care for this university and its students, so please consider the possibility of having a face-to-face conversation with me. I believe that this campus can, with work, become the home I know it has the potential of being for students of color like me. I understand addressing the cultural problem at this university will not be a simple or easy process, but I am willing to put in the work necessary to foster cultural change here at WVU. Together, I know that we can create a more inclusive campus.