Did NEH Reject Funding of a Kids’ Cooking Show Because Both Hosts Were Latino?

UPDATE: NEH has responded to this story. You can read NEH’s response here.

Sup! is a kid’s cooking and culture show, starring child co-hosts Sara and Sammy. The web show is produced by Global Knickers and Webisode Production students at the Community College of Baltimore County (CCBC). Here is the show’s trailer:

Here is one of the show’s episodes:

Recently, Sup’s Twitter profile tweeted us the following screen grab of an email @SupKidsCooking said came from the National Endowment for the Humanities (NEH). According to the tweet, the NEH had rejected a funding request for the show. The reason? Here is what @SupKidsCooking sent us: 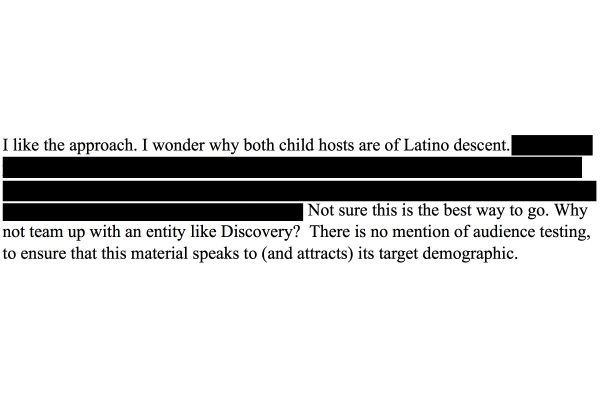 After getting the tweet, we reached out to @SupKidsCooking to get more details. This is what Beth Baunoch, one of the show’s creators, told us via her first email to us:

My colleague and I have been working on the idea for our show, Sup!, for several years. The idea for the show is that 2 kids are the hosts, and they invite a guest chef from a different culture to teach them to make a dish from their respective culture. Cooking is really the catalyst for learning about cultures. In the fall of 2015, my students and I began producing the show as a web series. We have posted shows about Germany, Trinidad and Tobago, Hawaiian and Native American cultures. This semester we will post shows about the cultures of Peru, Burkina Faso and Sicily.

At the moment, we are working with no budget, so we applied for an NEH government grant. We believe strongly that with some money this show could be great! We are excited that both of our hosts, who are brother and sister, are of Latino descent. They are half Dominican. We were dumbfounded by the feedback we received from the NEH about their race being a possible issue instead of an asset.

When we followed up with Baunoch with more emails, she sent us the following statement:

We sought funding for Sup! because we are a student production at a community college with no budget. With funding, we believe we can reach out to an engaged and open-minded audience. We are surprised, disappointed and mad about the feedback we received from NEH. The idea of Sup! is to deepen the understanding of world cultures for children and families. Guest chefs from different cultures are invited to each show, making diversity organic on Sup!. We are proud to have two Latino hosts. We do not believe having two Latino hosts will limit the show’s appeal. Our hosts are fun, adventurous and curious, they are real kids with whom real audiences will relate.

We did reach out to NEH for comment via email, and so far, we have yet to get a response. If and once we do, we will post an update.

UPDATE: NEH has responded to this story. You can read NEH’s response here.