By now, you probably know that Donald Trump’s “We have some bad hombres here, and we’re going to get them out” line from Wednesday night’s debate has become yet another trending sensation (move over, #ThatMexicanThing and #TacosTrucksOnEveryCorner). The online response was so intense that it even led to the creation of a Twitter parody profile called @TheBadHombres (no, we didn’t create it), and from the looks of it, the account’s first tweets get past the joke and offer some actual satirical insight rarely seen in the rush to trend. Read and learn, people:

No one can stop the #badhombres. We are criminals, rapists and some of us, I think, are good people. #debate

Don't worry the #BadHombres are here and we only want to make American Great again.

#BadHombres are bringing crime to a suburban new hampshire town near you! #debate

The US is rigged so that the #BadHombres can come take your jobs and get free money from the government. #debate

By the way, you know good parody when you see it when actual people take the account seriously:

@TheBadHombres that they are speaking exclusively of illegal folks who don't pay taxes, every single one is a "criminal" by definition

@TheBadHombres yea because nobody flees Mexico because of all the bad hombres there, it's the most peaceful place on earth. BHs never cross pic.twitter.com/QB6zfn3lTN

As for us, we had other issues with Trump not even being able to speak Spanish correctly: 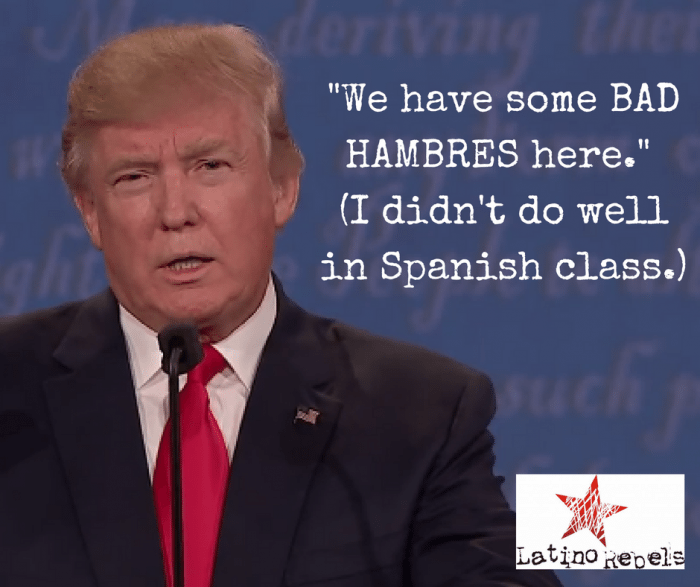