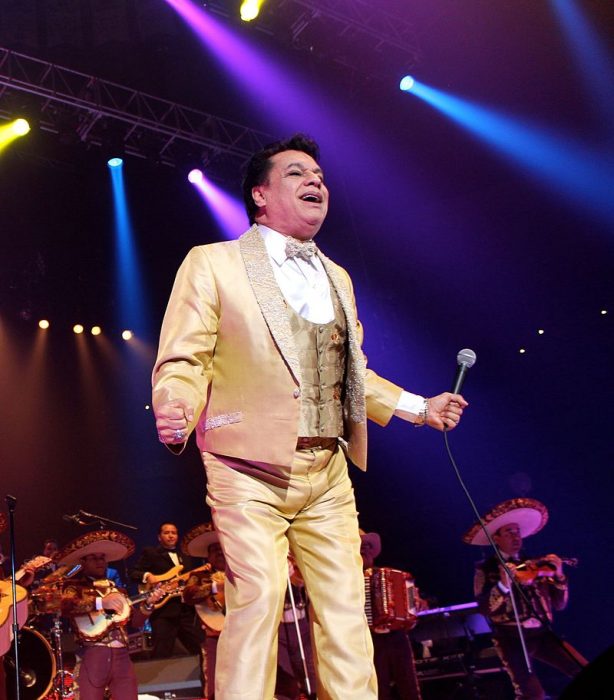 If there is any concrete example of how the United States English-language media has no clue about the complexity of Latino pop culture in this country, all you need to do is just check how some of the country’s most prominent outlets completely ignored legend Juan Gabriel during their year-end memorial tributes to some of music’s icons.

Case in point, this story from NPR: “On The Men Who Rattled Pop’s Gender Rules — And What It Means To Lose Them Now.” You would think JuanGa’s name could have been mentioned in the context of this story, given that he too “rattled pop’s gender rules” for millions of fans all over the world.

But NPR is not alone in making JuanGa invisible. Check out Billboard and The Associated Press, which also led its year-end post with this:

The New York Times’ year-end story of notable deaths also fell into the same trap. Under the headline, “Among Deaths in 2016, a Heavy Toll in Pop Music,” we are quick to learn this in the story’s second paragraph: “Start with David Bowie, whose stage persona —androgynous glam rocker, dance pop star, electronic experimentalist— was as shape-shifting as his music.” Prince had paragraph three to himself. Paragraph five was all for Michael. As for JuanGa? You need to go all the way down to paragraph 27 (the fifth-to-last paragraph) to get one word (“megastar”) written about him.

Here’s a question we would love to pose for all your U.S. English-language news editors out there: Let’s say there were four concerts in Los Angeles on the same night: one for Bowie, one for Prince, one for George Michael and one for Juan Gabriel. Who would sell the most tickets? JuanGa might not outsell Prince (a huge maybe), but he would give Bowie a run for his money and definitely outsell Michael.

And no, we aren’t saying that all U.S. English-language media outlets did not mention him, but in the context of Bowie, Prince and Michael and the idea of breaking gender rules, JuanGa had to be part of that discussion. He wasn’t.

But what do you expect from a US English-language media that continues to shut out Latinos in this country (remember when they kept calling him “Gabriel” in his obituaries as if that was his last name(? All you need to do is see how sadly scant the Juan Gabriel year-end coverage was: as in there was little to none.