“We hit the ground running on Day 1. There was a lot to do and we had done a lot of work on the website to make sure that we were prepared to get as much information up as fast as possible. We are continuing to build out the website, both in the issue areas and in that area, but we got the IT folks working overtime right now to continue to get all of that up to speed. Trust me, it’s just going to take a little bit more time, but we’re working piece by piece to get that done.”

His answer starts around 20 seconds into this video:

Also, if you click on whitehouse.gov/espanol, you now get this: 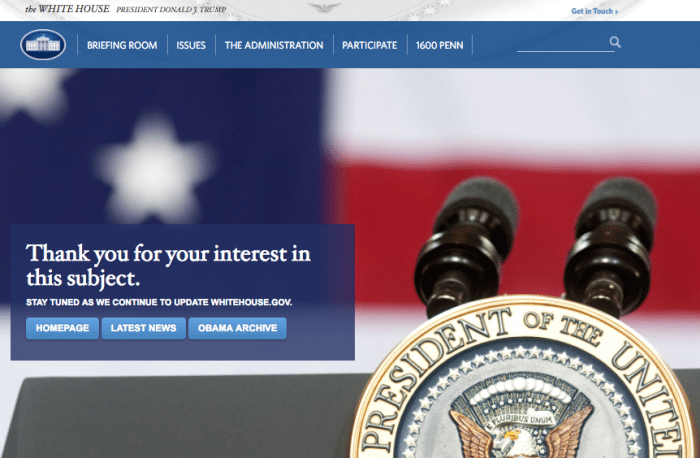 Around the same time President Donald Trump was being sworn in on Friday, the White House’s official website was going through its own changes, one of which was the apparent elimination of the page’s Spanish-language resources. A click to whitehouse.gov/espanol takes you to this (for now), as reported by Inverse on January 20.

Also, the White House’s official @LaCasaBlanca Twitter profile has yet to tweet anything in Spanish as of Saturday January 21 at 9:30pmET: 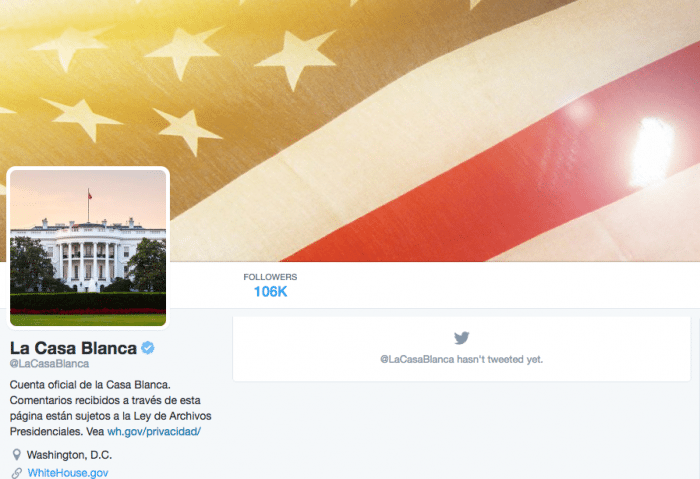 For those keeping track at home, the White House site under President George Bush had a Spanish-language section: 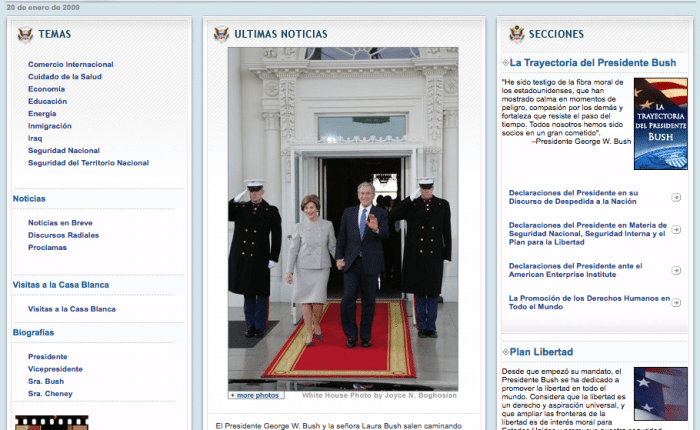 So did President Barack Obama:

By the way, for those who want facts? The United States is the second-largest Spanish-speaking country in the world. We are pretty certain President Trump sees this part of the “American carnage.”

Meanwhile, if we hear any updates from the Trump administration, we will let you know.