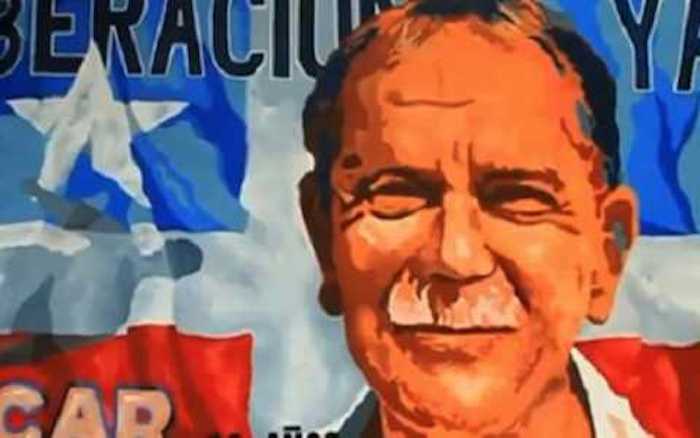 News of López Rivera’s return took many by surprise. According to reports, López Rivera will complete the rest of his federal sentence in Puerto Rico. He will be free on May 17.

The office of Rep. Luis Gutiérrez said that the Illinois Democrat accompanied López Rivera back home:

“Mr. López Rivera was moved from the federal prison in Terre Haute, Indiana, furloughed to Rep. Gutiérrez for the purposes of transporting him to a temporary residence in Puerto Rico. Mr. Lopez Rivera remains under the supervision of the Federal Bureau of Prisons until May 17. Rep. Gutiérrez led a small delegation on a flight that originated in Indianapolis, routed through Charlotte, and has landed in San Juan.”