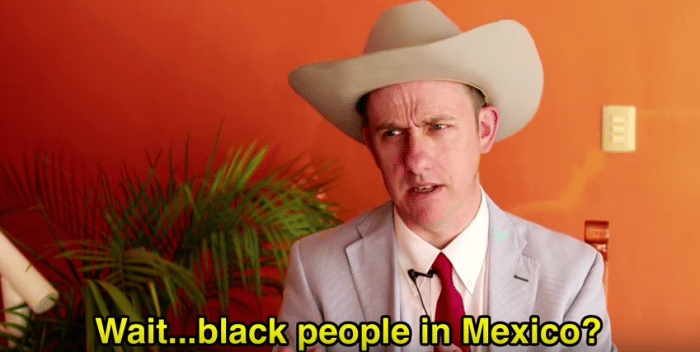 Joe T. Hodo is back with another comedy episode (or it is?), but this time the Texas oilman got schooled by Samantha Leyva, who represented her home state of Guerrero at last year’s Miss Mexico competition. Leyva finished in third place but she also raised eyebrows by using the competition to speak on behalf of the nearly 1.4 million Mexicans of African decent. In Mexico, kids learn in school about the indigenous and Spanish roots of today’s Mexicans, but the story of the 200,000 of Africans that were kidnapped and brought to Mexico as slaves in the colonial era is virtually absent from the history book. Samantha, who is herself black and uses the #BlackLivesMatter hashtag on social media, is working with Afro-Mexicans to demand legal recognition of her community’s contributions to Mexican history.