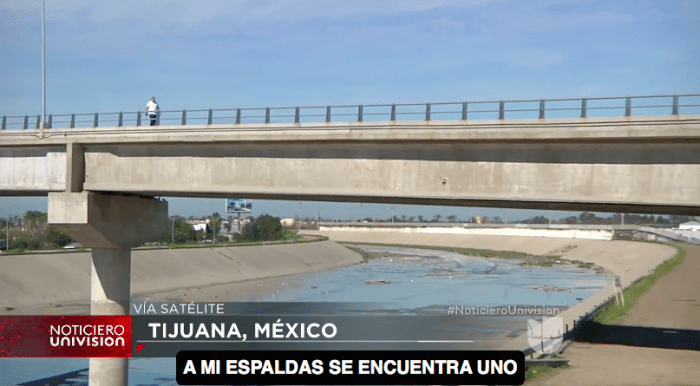 Univision is reporting that on Tuesday a 45-year-old Mexican man died from falling off a border bridge in Tijuana, just minutes after he was deported to Mexico by the United States.

The Univision report in Spanish contains a graphic image of the unnamed man and says that Mexican authorities are investigating whether the man committed suicide or if the death were accidental. The man’s identity has not become public, Univision said, but it was reported that he is from the Mexican state of Sinaloa. According to a Mexican official, the man has been deported three times previously: in 2005, 2012 and 2014.

You can read the original Spanish-language report here.

The BBC is reporting that the person who died was named Guadalupe Olivas Valencia and that he “jumped from a bridge at the border,” although the BBC story does not directly quote Mexican authorities:

Witnesses said Mr Olivas was shouting that he did not want to return to Mexico and seemed to be in severe distress.

He jumped off a bridge just yards from El Chaparral, the main border crossing point between the US city of San Diego and Tijuana in Mexico.