Over the past few days, survivors of the 2016 Pulse Nightclub Massacre and national LGBTQ organizations had been criticizing and demanding that Univision not air Crónica de Sábado’s “Baño De Sangre” news special, which featured a graphic re-enactment of the massacre. At one point last week, Univision was featuring a promo of the re-enactment that was soon deleted.

After the comments received for some of the videos related to our next show 'Baño de Sangre', Crónicas de Sábado communicates the following pic.twitter.com/MMOCb20Ni9

The show eventually aired on February 25, and on February 28, the National Association of Hispanic Journalists (NAHJ) wrote a letter to Univision (that it later made public) where the organization “expressed our disappointment and concern” about the special. Here is the full letter NAHJ sent: 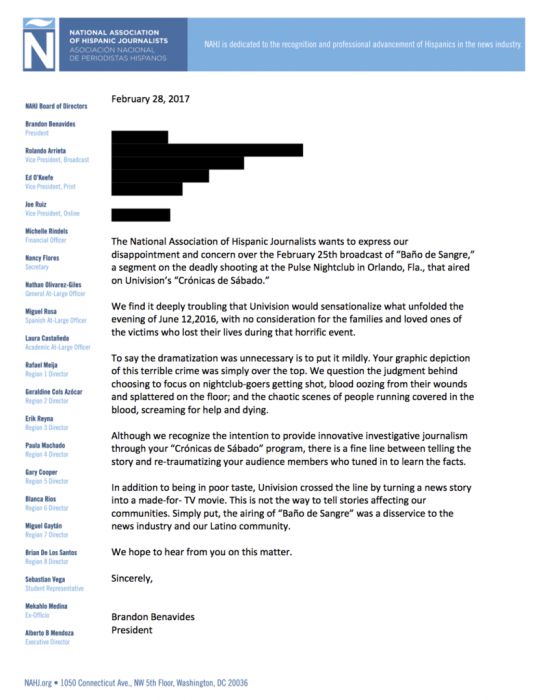 In response to the NAHJ letter, Univision responded with this letter, which NAHJ also published to its site: 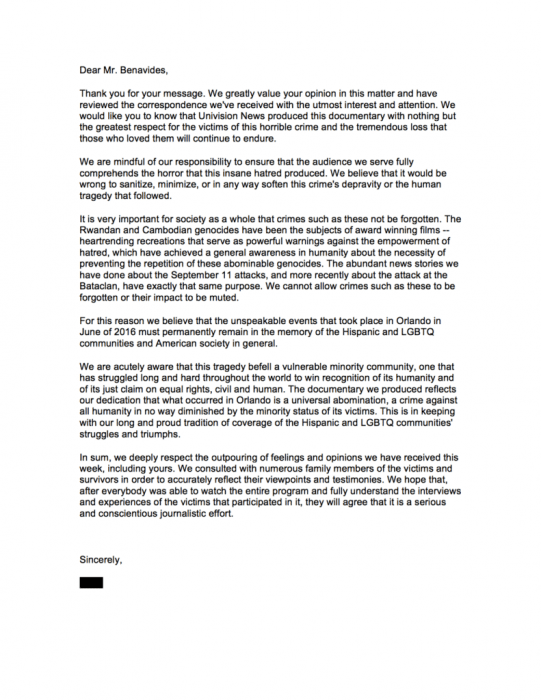 Last year, Isaac Lee, chief content officer for Univision and Televisa, was honored by NAHJ with a Presidential Award of Excellence.

What do you think of the two letters? Tell us in the comments below.