Why Are Latinos Being Left Out of California’s Clean Energy Revolution? 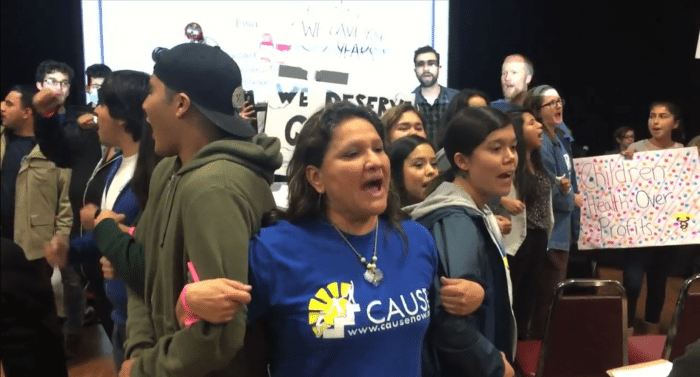 With President Trump pushing pipelines and drilling, California leaders have made bold claims about our commitment to clean energy and climate action. Just last week, Senate leader Kevin de León introduced legislation that would get California to 100% renewable energy by 2045. If you just read the headlines, you would think California is some kind of clean air utopia where every community is shining with solar panels. But in many working-class immigrant communities like Oxnard, we live with a different reality.

Our community is fighting a plan to build yet another dirty gas-fired power plant on our coast, next to fields where farmworkers pick strawberries 10 hours a day and public beaches where our hard-working families go to rest. The polluting industry always seems to get dumped in communities like ours, while big oil and gas companies hope to encounter little resistance.

But they were wrong about Oxnard. Our people have lived for generations in a sacrifice zone, alongside power plants, landfills and a toxic waste Superfund site. The fumes from all this heavy industry, combined with airborne pesticides, have led to some of the state’s highest asthma rates in a town where one in five residents don’t have health coverage. In the neighborhood where I am raising my two-year-old son, the same Census tract as the proposed power plant and two other existing plants, the asthma rate is higher than 92% of all communities in California. Enough is enough. We demand clean air and environmental justice! 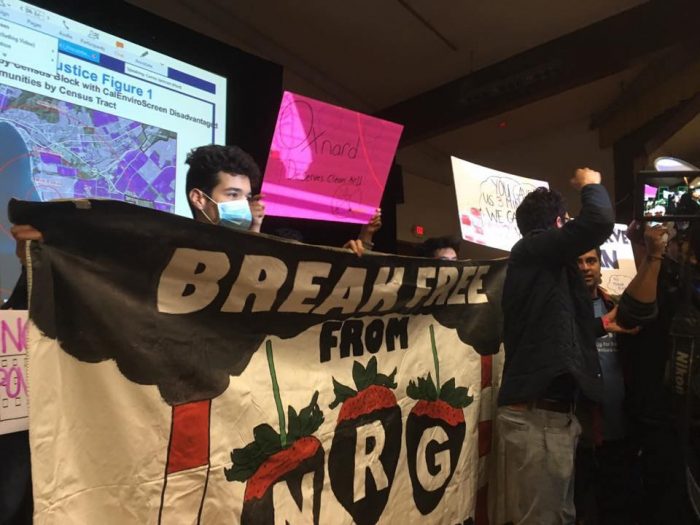 For the past two years, hundreds of Oxnard residents have shown up to countless hearings to speak out against this proposed power plant. Our youth have shared their dreams for a future where Oxnard’s coastline isn’t lined with smokestacks. They envision the future de León is proposing with his renewable energy bill. But despite this bold vision, all we see in Oxnard is another gas-fired power plant.

Our community overwhelmingly opposes this power plant, as do our elected city, county, state and federal representatives. Yet it’s still being forced on us because NRG, the largest power plant corporation in the United States, stands to make a lot of money selling dirty energy. Fed up with our voices being drowned out by a process that doesn’t heed public input, our local youth put their bodies on the line in an act of civil disobedience to shut down a meeting of the California Energy Commission, who will decide Oxnard’s fate.

Since that time, an investigation by the Los Angeles Times revealed that California is awash in far more power plants than we need, leaving ratepayers with the bill while they pollute our air. The fossil fuel industry’s greed and dishonesty has been exposed, giving us new hope to keep fighting. 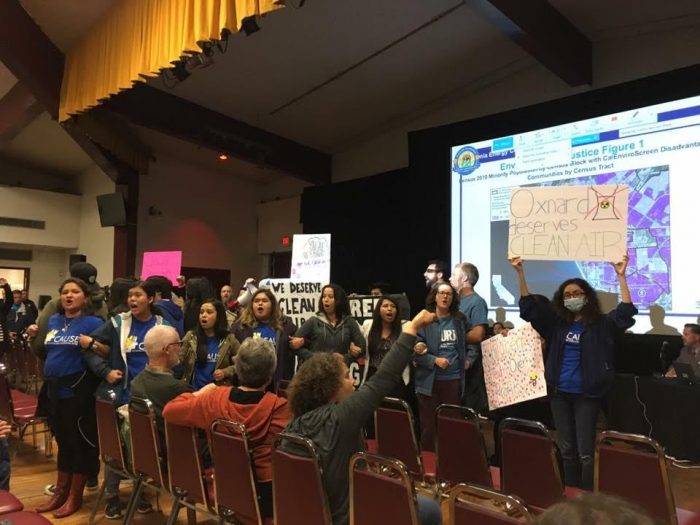 The Energy Commission will vote on the plant in May. Please join me in urging them to throw out the plan for a polluting gas-fired plant. Oxnard deserves clean air now! You can comment here.

Maricela Morales is the Executive Director of the Central Coast Alliance United for a Sustainable Economy (CAUSE).