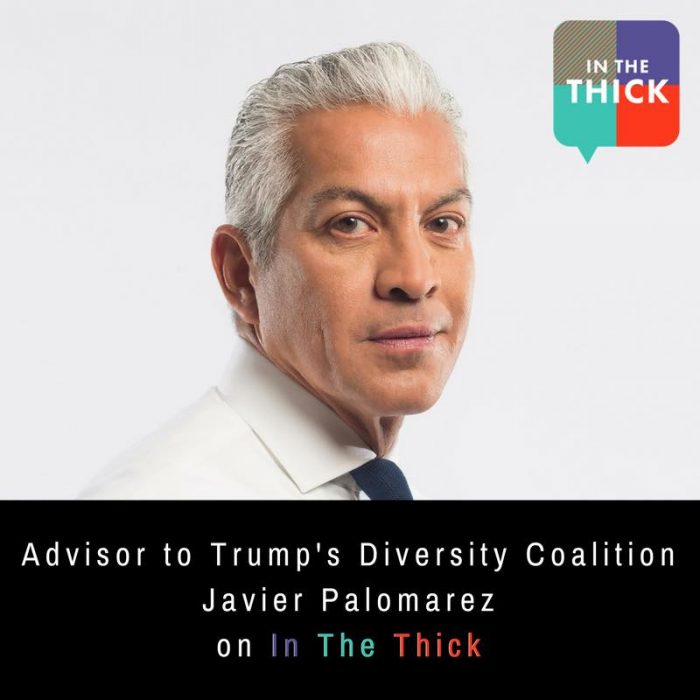 In an interview this week on the In The Thick podcast, United States Hispanic Chamber of Commerce president/CEO and advisor to President Trump’s Diversity Coalition Javier Palomarez said that his access to the new administration helped the White House decide to not act on reversing President Obama’s Deferred Action for Childhood Arrivals (DACA) program, which provides temporary deportation relief for close to 800,000 DREAMers. Palomarez, who was once a very public critic of Trump during the campaign season, revealed his role in saving DACA during an interview with In The Thick co-hosts Maria Hinojosa (the head of the Futuro Media Group) and Julio Ricardo Varela (who now works for Futuro, but is also the founder of this site). Here is a transcript of the DACA conversation:

PALOMAREZ: When Trump first came into office, the campaign rhetoric was stronger than ever. It was ‘we’re going to build this wall,’ ‘we’re going to deport eleven-and-a-half million people,’ and on and on and on. The first thing we did when we looked at immigration was we had to kind of triage it and break it apart into its component elements, the component, the bigger part. My primary concern was the people whose lives are in the balance. And chief among those people were the young people, were the children, DACA. Famously, when [President Trump] did his address of course, over the television and internet and he talked about his hundred-day plan some time ago, missing from that first kind of articulation of what his first one hundred days would be, was any mention of mass deportations or any mention of the DACA kids. Take a step forward…

VARELA: Right, but some DACA kids are being arrested. While you say that, Javier, how do you balance all that?

PALOMAREZ: I get you, listen. Are there some that are being persecuted, are there some that are being held, etcetera, etcetera? Absolutely. We need to deal with that. We need to go focus on those. Hopefully, the minority, the vast minority of them, and we need to go help those children who are here frankly, through no fault of their own. But the fact of the matter is: the man could have very easily held up to his campaign promise and thrown DACA in with everything and thrown the proverbial baby out with the bath water. He did not. And the reason he did not? It’s because we were talking with him about a legacy, about being a country of broad shoulders and big hearts, about we don’t pick on children in America, about there’s got to be a better way forward. And so that was one tiny step. This is the way this game is going to be played. It’s going to be inch by inch, and everyone of those inches is going to be hard-fought and every one of them is going to be uphill. But you’re either resolute and you’re moving in the direction or you’re not.

Earlier in the show, Hinojosa spoke to Palomarez about some of the critiques he has received for working with Trump:

PALOMAREZ: Yeah está loco este ca- (laughter). So, first, there’s the personal side of this thing and let me assure you, Maria, I’m the son of immigrants, Mexican immigrants at that. I grew up in a tiny, tiny, tiny little house with nine siblings and my mother. My father left when I was six. So we followed the crops. We were migrant farm workers. I’m the poster child of for the kinds of people that some in this administration would love to run out of this country. So at a very personal level, of course I’m outraged and offended but it’s because of that, that I’m resolute, that I have to stay the course. Right now, this administration, I’m probably safe in saying, they’re not talking to a lot of Latinos, so as many of us that they’re willing to talk to, I think is important. I remain committed to the notion that you can’t change the game from the sidelines. You have to be in the game to change the game. I could refuse to work with them on principle, stand on the sidelines, complain and denounce, but I don’t know if that would help in a course of literally millions of us already doing that. There’s only a handful of us inside.

Palomarez’s comments come at a time where more and more reports of deportations are becoming more and more public. The co-hosts also asked Palomarez about that as well.

Listen to the full episode below: