Belén Sisa is a DACA recipient. Over the weekend, she posted an Facebook update that she said wanted to “bust the myth that immigrants do not contribute or pay taxes to this country.”

Soon enough, according to Sisa, her public post got the attention of “right-wing Facebook pages” and then she began to get private messages saying that people were reporting her to ICE. Here is what Sisa has posted after that initial post (she also included about 40 photos in reaction to her initial post):

“The HATE is real guys. The hate is real. I am legally working in the United States through DACA, and I’m pretty sure the IRS isn’t going to come after someone who PAYS their taxes. I truly feel bad for these people, may they find peace and happiness in their own dark hearts.”

“I made this post to bust the myth that immigrants do not contribute or pay taxes to this country. I, an undocumented immigrant with DACA, am doing the right thing, I am speaking up to show that facts are facts,” Sisa told Latino Rebels via email. “The truth is that undocumented immigrants pay $12 million dollars in taxes, through sales, property, and income tax. The responses I received were multiple hate messages insulting my intelligence, calling me a liar, commenting on my appearance, harassing me and telling me that they reported me to ICE. Along with this, my post was spread and posted onto right-wing Facebook pages and online hate groups like Libertarian Fascists. This is a showing that racism and xenophobia are still alive and well in this country and it has made a more provocative and public comeback in the Trump era, making his supporters think it is okay behavior to openly hate. Reality is that they could not handle the truth that immigrants are a vital, sustaining and powerful pillar in this country. I will not be bullied into shutting up and sitting down.”

Here are some of the screen grabs Sisa took and shared later on Facebook (one of the photos shows part of Sisa’s original post, which is no longer on Facebook now): 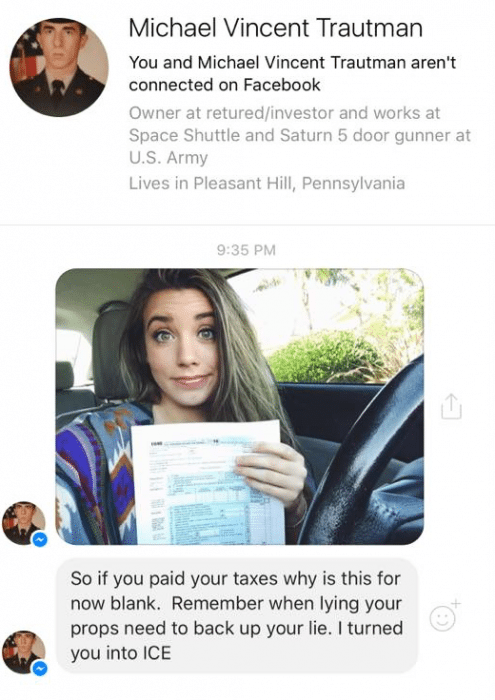 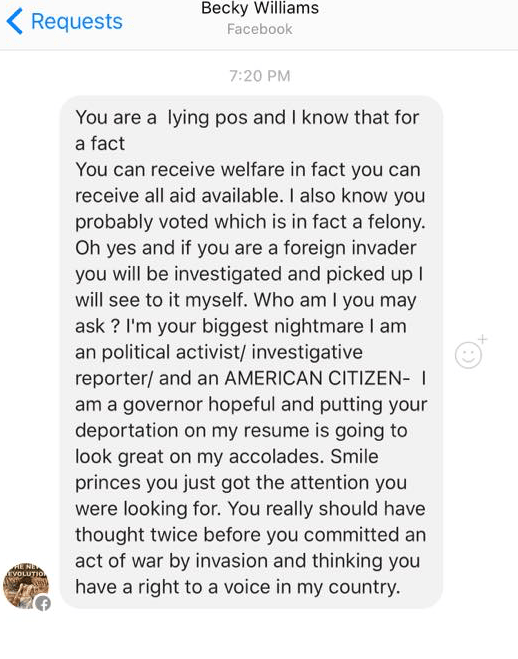 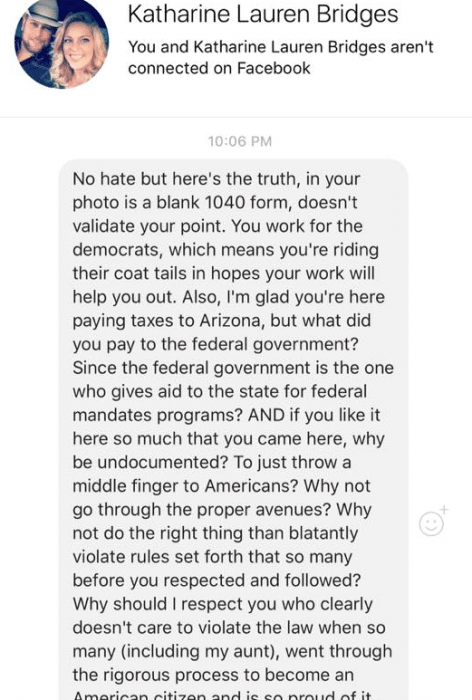 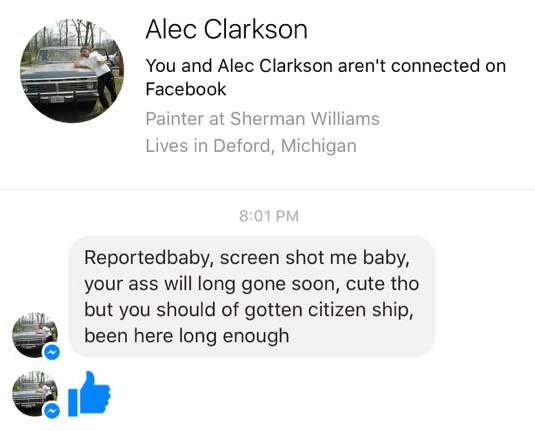 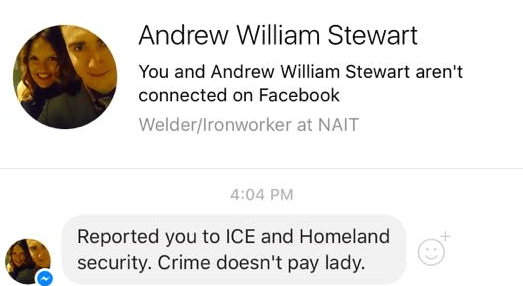 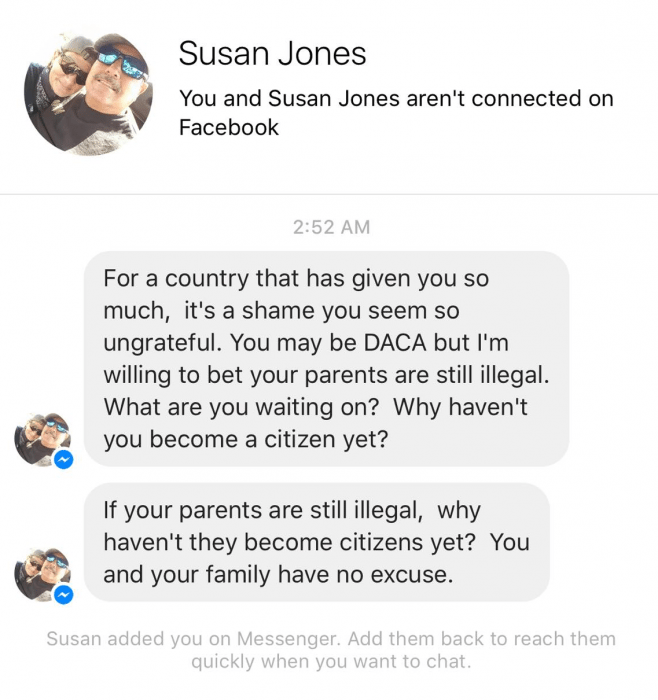 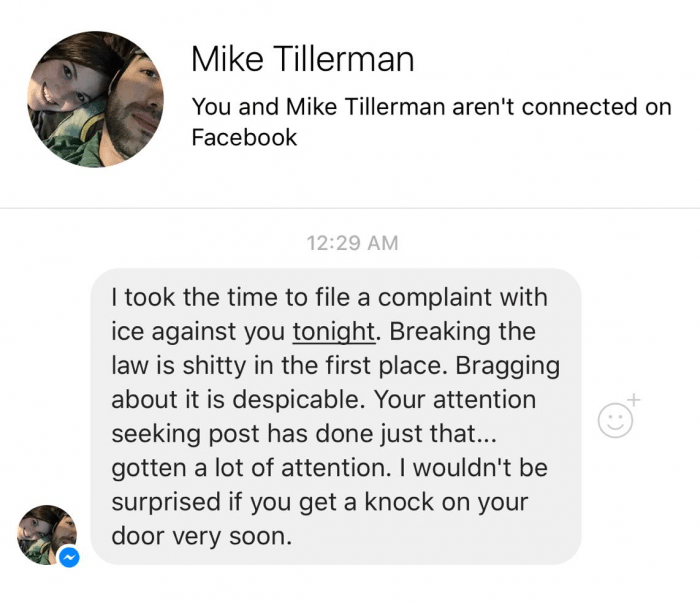 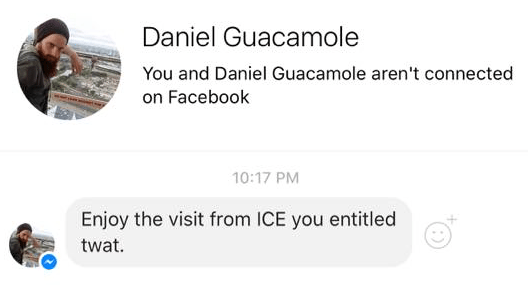 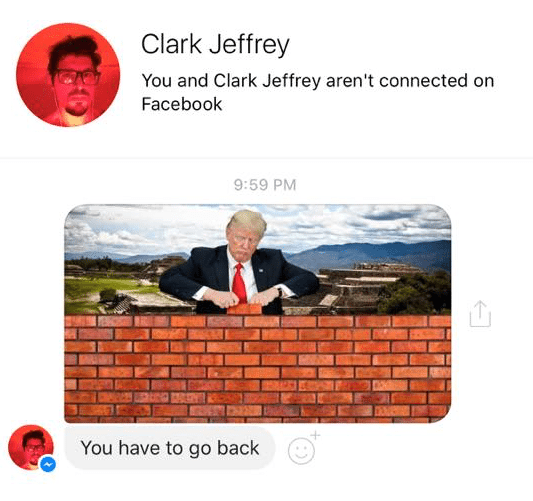 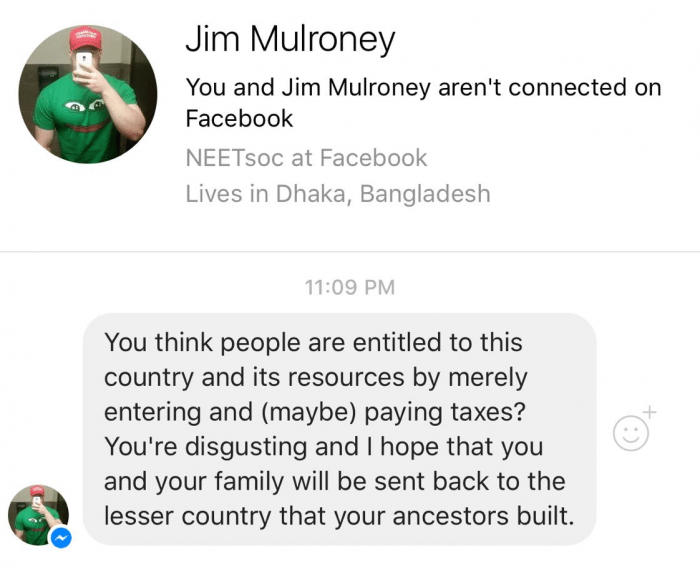 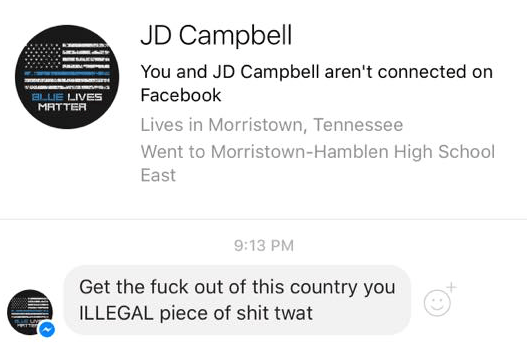 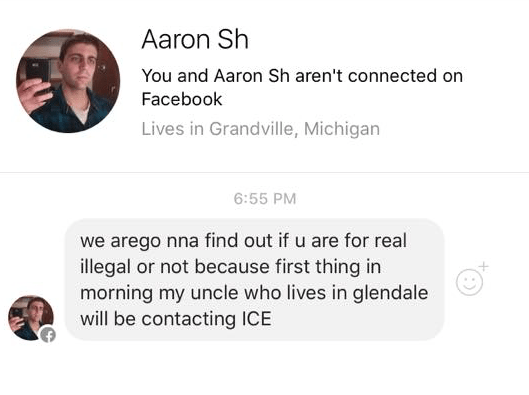 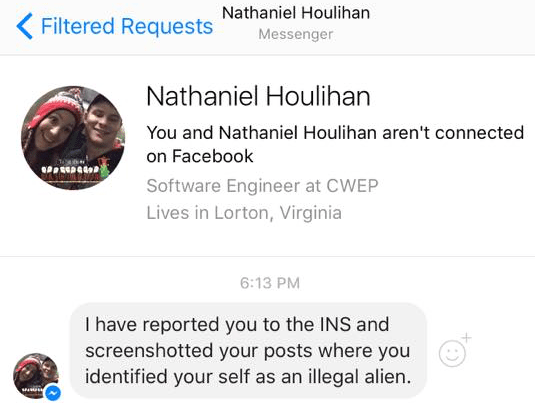