Why Ecocide Should Become an International Crime 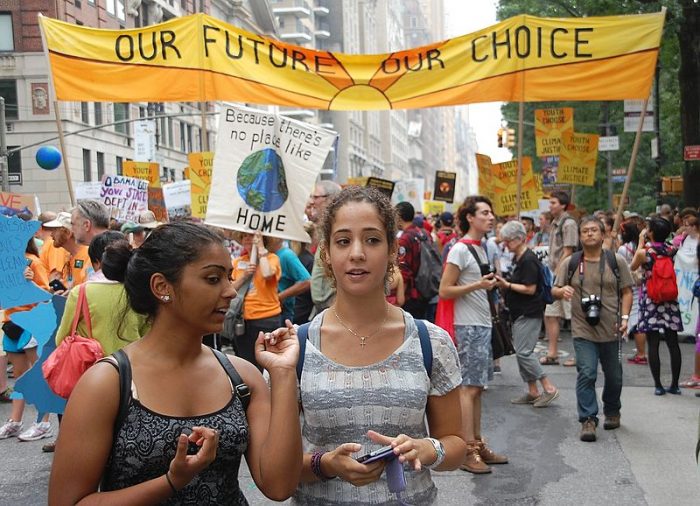 Men have always exerted a relationship of dominion and control over everything essentially. Over women, over our natural resources, and over our economies. Men, in their self-created patriarchal society, have always oppressed women and the environment. Exploiting women and the environment as if our only purpose was to service their needs. That our only purpose for existing was them. Women continue fighting against this oppression by standing up and speaking out, but unfortunately, nature cannot speak. Neither is there a system of laws that allows us to protect the rights of nature. A legal theory being proposed is ecocide, created by a lawyer named Polly Higgins, who is now dubbed the “Earth’s lawyer”. This international law theory attempts to prohibit mass destruction of the earth by creating a legal duty of care for ALL inhabitants that have been or are at risk of being significantly harmed due to ecocide.

Ecocide is defined as “extensive damage to, destruction of or loss of ecosystem(s) of a given territory, whether by human agency or by other causes, to such an extent that peaceful enjoyment by the inhabitants of that territory has been or will be severely diminished.”  The duty is to prevent and prohibit both human-caused ecocide and natural catastrophes. The theory has been proposed to the United Nations International Law Commission to amend the Rome Statute by making ecocide the 5th international crime against peace. The purpose is to create laws that allow us to prosecute those corporations and governments that destroy the environment in pursuit of profits at the expense of people and planet. Those who partake in complete tyranny over our natural resources and degrade them without any moral responsibility to the rights inherent in an ecosystem to live, be, and flourish, will legally be allowed to be punished.

The dominations over women and the environment are intrinsically linked and interconnected. Therefore, as women we must be Gaia’s voice—the voice of the Earth.

Ecofeminists believe that all living things are essential to the well-being of the planet and that humans are not separate or superior. It is the recognition that the root source to our social and environmental issues stems from the unfortunate masculine mentality that drives our entire global society. This idea that natural resources are commodities to be extracted and exploited causes environmental degradation to potentially the point of no return, risking the 6th extinction. Climate change is the biggest threat of our time, and it is anthropogenic—meaning, it is caused by humans. Yet, it was men who led the Industrial Revolution in the name of progress, causing toxic pollutants to enter our air, water, soil, and food. However, the environmental laws are only made to protect us from being poisoned too fast. Therefore, to stop the domination of our planet, we need to implement the crime of ecocide to protect nature, under the same auspice of needing to make laws to protect the rights of women. Most importantly, the societal norms must be changed to give everyone and everything equal rights.

It is not a coincidence that the symbol of justice is a woman originating from the ancient Greeks and Romans. “Lady Justice” symbolizes balance and fairness, strength and power, and objectivity. The blindfold signifies justice being rendered without prejudice or passion. Our laws have never allowed for nature to have rights or even allowed to have standing. Justice for the environment is not a right in our system of government, which was created by men. The laws do not treat nature fairly, nor do they give her any strength or power, and the laws have always favored men. The essence of Lady Justice has never been applied to protect our ecosystems, to protect our natural resources, to protect our sources of life. Without nature, we die. We need her to survive. The patriarchal laws and government systems have never accepted this as true, have never understood this very principle, which is nothing more than common sense.

Given this history, society failed to realize the interconnected and interdependent relationship between humans and the environment. Had men accepted this reality since inception, or allowed women to rule, the environmental degradation, exploitation, and inequality would have been prevented. This dominant worldview is the very reason why women have been oppressed, sexualized, controlled, and exploited by men with a capitalistic mentality. Women and nature are inferiors in a man’s world and the goal of ecofeminists is to change this view and make way for their liberation, by having rights in and of themselves. Rights must be given through laws like ecocide that prevent the tyrannical corporate control that destroys our life source. Women will continue trailblazing for the planet to thrive and flourish.

Josephine Balzac is an environmental attorney, visiting assistant professor at Rollins College and an adjunct professor at Barry University School of Law teaching Sustainability in Business. She tweets from @JosiebGreen.