Oh, Jeff Sessions. If there is anyone who is using and abusing his position of Attorney General to falsely perpetuate the fear-mongering image of the “criminal” “rapist” immigrant, it is him. Here is what he said Tuesday in Nogales, Arizona: 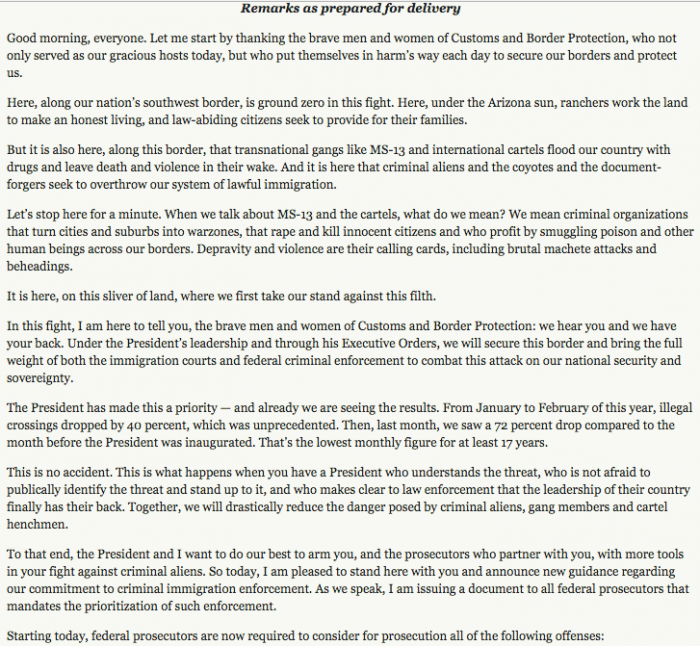 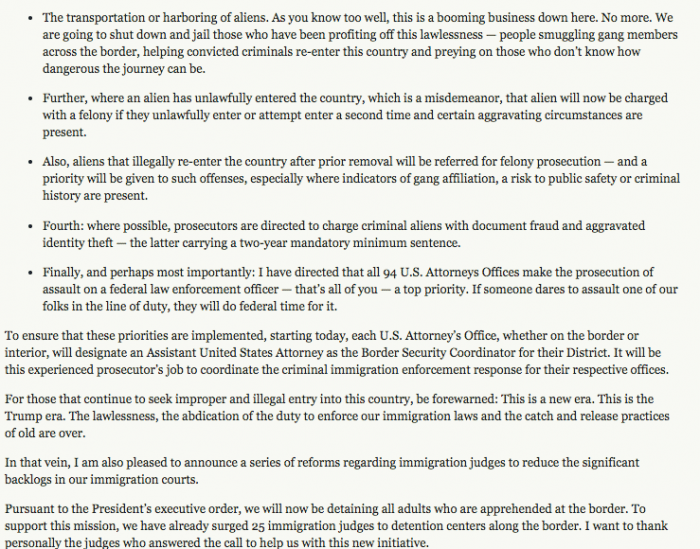 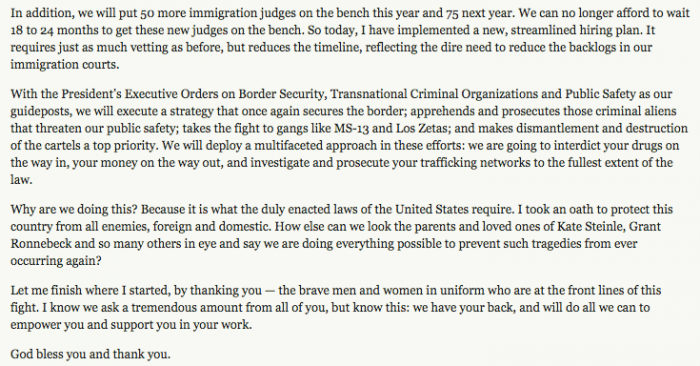 Talk about fear-mongering, the same week ICE decided that its own fake news “reporting” is stopping.