The Myth of the ‘Criminal Alien’ 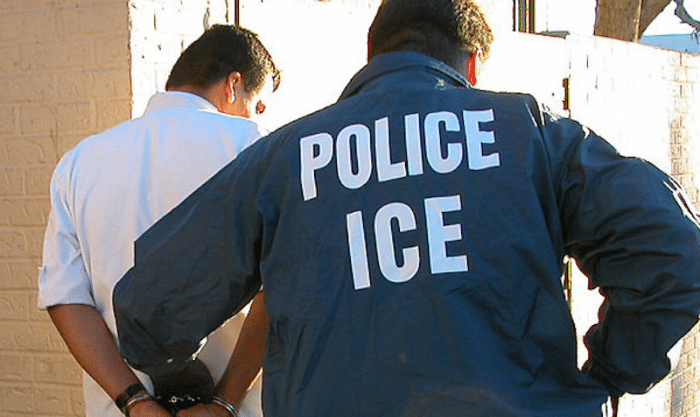 The claim that immigrants pose a threat to national security has been refuted in multiple reports. An analysis of incarceration rates has shown that non-citizens offend at a lesser rate than native-born individuals,  represent a paltry amount of the incarcerated population, and excluding immigration offenses, compose a significantly lower portion of the incarcerated population. It therefore makes one wonder why such a need to define these individuals as “criminal aliens” even exists.

The definition of “criminal alien” has expanded, in part, to take advantage of anti-immigrant sentiment. Unauthorized immigrants now, became priorities for removal with an executive order, for simply being “convicted of any criminal offense.”

What has constituted the detention and removal of non-citizens, and has defined these individuals as “criminal aliens?”

Prosecutions for illegal entry and re-entry accounted for “half of all criminal cases in the US federal court system last year (2015)” a process that culminated with the imprisonment of thousands of families. Based on government priorities, “criminal aliens,” were families escaping economic hardship and political persecution. To the general population, the harrowing stories of these individuals do not elicit sympathy at all—just the false images of hardened criminals.

The present presidential administration has exaggerated the criminal presence of unauthorized immigrants to appease a conservative base that supported harsher methods of immigration enforcement. An overhaul of immigration law found almost eight million undocumented immigrants eligible for deportation. The public perception of these individuals eligible for deportation, has focused on the reliable, frequent excuse of “national security.”

Juan Francisco López-Seanchez and Víctor Aureliano Martínez Ramírez became examples, used to justify divisive talking points. Discrepancies present with the case of López-Seanchez were not enough to dissuade the public. Such cases were representative of an epidemic.

The epidemic is not as rampant as it is portrayed in the mainstream media, and by various politicians. There exist examples of federal immigration officials that, on the basis of association with criminal activity, detain and deport individuals.

Daniel Ramírez Medina, 23, of Washington, was an example. Medina was arrested by ICE authorities, and was accused of gang-related activities. Medina was then detained and questioned by ICE authorities. In a court brief released by Immigration and Customs Enforcement (ICE), Medina was questioned about a “gang tattoo,” and responded to questions by ICE officials that provided supposed “proof” of gang affiliation. Medina allegedly spoke of affiliation with “the Sureno’s [sic] in California,” and the decision to “escape from the gangs.” Based on such information, ICE later determined that Medina “entered the United States without inspection, at an unknown location on an unknown date.”

ICE has claimed it possessed the authority to detain Medina, and has not explained the purpose for detention (Medina has since been released). There is a lack of transparency with agencies such as ICE and Customs and Border Protection (CBP) that leads to the questionable apprehension of Medina, and that of Juan Manuel Montes Bojorquez.

Montes, 23, was detained, and unlike Medina, deported by CBP earlier this year in February. The details that surround the incident were murky, with both CBP and Montes claiming separate timelines of the events. Montes, according to the National Immigrant Law Center (NILC), has “filed a complaint in the U.S. District Court for the Southern District of California after U.S. immigration officials failed to provide any documentation to explain the legal basis for sending him to Mexico.” In the complaint, Montes and legal counsel claim there was no “legal basis for his removal,” and that “CBP did not provide…any documentation or record of his removal.”

The tendency to blame immigrants, primarily unauthorized immigrants, for criminal activity has taken on a new face with the current administration. Daniel Ramírez Medina was detained without a criminal record. ICE detained Medina based on supposed gang-affiliation, determining a tattoo on Medina’s arm (a tribute to his hometown) was gang-related. Juan Manuel Montes-Bojorquez, however, was convicted for shoplifting in 2016, an offense that was not an urgent national security issue, yet, Montes-Bojorquez was still deported.

It’s simple, the definition of “criminal alien,” and the assumptive societal understanding of these individuals is based on an unrealistic image. What has constituted a “criminal alien” is not those examples of heinous crimes like alleged murderers Juan Francisco López-Sánchez or Víctor Aureliano Martínez Ramírez, but those like Medina and Montes-Bojorquez; individuals who overstayed visas (500,000 more than illegal border crossings since 2007) or those accused of illegal entry or re-entry.

The future of immigration enforcement, despite the supposed focus on national security and “criminal aliens,” has determined immigrants convicted of minor offenses, become priorities for removal. There’s an uncertain future, yet, there remain individuals who seek to remove the stigma, and move past the trope of “criminal alien.” As reported in the LA Times, Miguel Luna hoped to remove the shame associated with undocumented status, however, Trump’s election and subsequent priority on immigration enforcement, changed those plans.

Public opinion soured, and individuals such as Luna, wished to change that perception. face almost insurmountable odds to overcome such classifications as “criminal aliens,” and, “illegal immigrants.” Sen. Kamala Harris (D-Calif.) referenced that harsh reality in an address on the Senate floor: “an undocumented immigrant is not a criminal. But that’s what these actions do. They suggest all immigrants are criminals and treat immigrants like criminals.”

As the policies of Trump’s administration expose more immigrants to deportation (with an assist from the Obama administration), an unrealistic portrait of the “criminal alien,” starts to emerge, and with that, it becomes harder to remove the unjust public perception. DHS Secretary John Kelly wrote that criminal aliens demonstrate a “disregard for the rule of law” and “pose a threat to persons residing in the United States.”

If the government continues to hold such views, and even embraces them, what hope is there? None. Plain and simple. But, for the sake of “national security,” isn’t it better that way?