Yes, 68% of ICE’s Recent Gang Member Arrests Were US Citizens 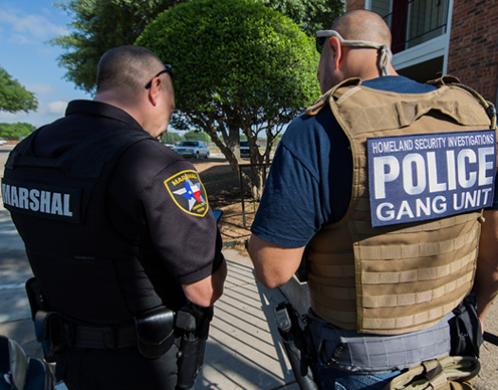 On Thursday afternoon, Immigration and Customs Enforcement (ICE) published a news release about a recent six-week nationwide gang operation. As it goes with almost anything ICE publishes, it once again did a piss poor job in what they call “burying the lede.”

Here is what we mean.

At first, the ICE release says this:

But in the second paragraph, it says this:

Of the total arrested, 933 were U.S. citizens and 445 were foreign nationals from 21 countries in South and Central America, Asia, Africa, Europe and the Caribbean.

So basically 68% of the alleged gang members ICE arrested were U.S. citizens.

But it doesn’t stop there:

Of the 1,378 total arrested, 1,098 were arrested on federal and/or state criminal charges, including 21 individuals arrested on murder related charges and seven for rape and sexual assault charges. The remaining 280 were arrested on administrative immigration violations.

Let’s pause for a moment.

The Trump administration is telling us all that thousands and thousands of immigrant gang members are overrunning the country with murder and rape. But ICE’s own statistics confirm that these charges represented just 2% of the arrests. And in the end, this high-profile operation arrested 445 foreign nationals, a number less than the 933 U.S. citizens. In addition, there are very generic about the “remaining 280” who “were arrested on administrative immigration violations.”

ICE also wanted to let you know that “Three individuals arrested during this operation previously had deferred action under DACA (Deferred Action for Childhood Arrivals).”

“Aliens granted DACA who are found to pose a threat to national security or public safety may have their deferred action terminated at any time and the Department of Homeland Security may seek their removal from the United States.” ICE stated. “Since the start of DACA in 2012, DHS has terminated deferred action for approximately 1,500 recipients due to criminality or gang affiliation concerns.”

And let’s not forget this one from ICE, to scare you all: “Ten individuals arrested during this operation crossed the border as unaccompanied minors. Nine of the 10 were confirmed as gang members, eight of whom were MS-13 gang members.”

But hey, when you are in the business of selling fear, you have to shower people with “facts,” right?

Once again, ICE’s rhetoric is not matching its own data.

But that’s ICE for you. Trying to play the shell game.