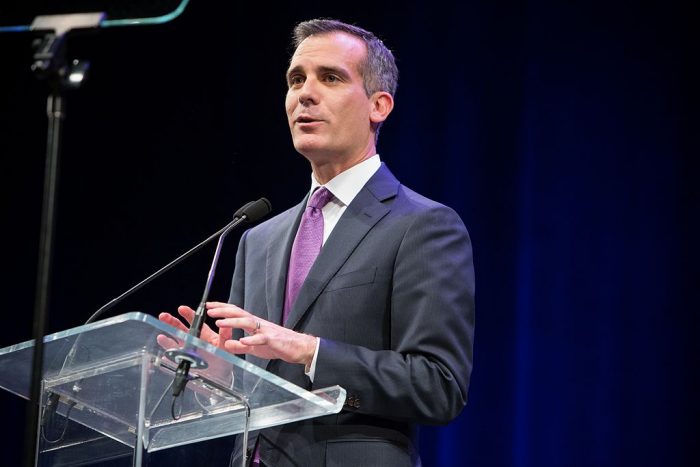 During a Friday interview with NPR’s Latino USA and anchor Maria Hinojosa, Los Angeles mayor Eric Garcetti said that increased immigration enforcement from Immigration and Customs Enforcement (ICE) could lead to growing tensions in his city, to the point that it could be the “tinderbox” on the scale of the 1992 Los Angeles Riots. Here is the transcript from the interview:

GARCETTI: If something goes wrong, I fear a tinderbox out there, where people will suddenly say “no” and try to defend, you know, keep that person from being taken. That’s a very dangerous situation. That’s dangerous for those officers. That’s dangerous for those agents. And we’re going to have to respond. And my own LAPD officers will get sucked up in that, because they will have just heard the police, and somebody’s going to say, “the police are coming after us.” We just commemorated 25 years since the urban unrest, and we know how quickly things can explode.

HINOJOSA: The thought that in your mind, as the mayor of L.A., it has crossed your mind like, oh my God, the next tinderbox might not be Black-White relations, but might end up being immigrant, police, ICE confrontations. And that that could lead to an ugly, ugly chapter in L.A.’s life?

GARCETTI: Imagine a parent that’s dropping off their child, as we’ve seen ICE officers, ICE agents, take that parent away and has videotaped them. Imagine that it’s on the sidewalk and students start swarming and there are teenagers… it’s dangerous for those agents. It’s dangerous for our city because when you have 400 agents in this area of five or six counties of Southern California who are facing a two million person estimated population that’s undocumented? Even if you increase your ICE agents by 50 percent, like the President wants to do, if you have 600 people trying to find two million people and somehow deport all of them? You can’t logistically do it and it makes us all less safe because you’re not going after the truly dangerous people. From the President to the Secretary of DHS and others, I want them to spend more time here and in communities where immigrants actually live to understand most families are blended. Most neighborhoods are blended. They have a caricature of who these folks are. And it’s just so different from the reality of on the ground.

You can listen to the entire interview here.