Felipe Caicedo is a member of Ecuador’s national soccer team. He also plays in La Liga for RCD Espanyol. Recently, Peruvian journalist Phillip Butters attacked Ecuador’s team with racial slurs, referring to Caicedo as “not being human, but a monkey, a gorilla.”

“Ecuadorians are not black, they are crocodiles,” Butters said during his show when talking about the September 5 World Cup qualifier match between Peru and Ecuador.

How did Caicedo respond to Butters’ racism? The striker took to social media and thanked those who spoke out against the slurs.

“Thanks to everyone who have spoken out against racism, it is clear that this man does not represent Peru. He only represents the lack of values—the complex and hate of someone who suffers for others. Say no to racism,” Caicedo tweeted in Spanish. 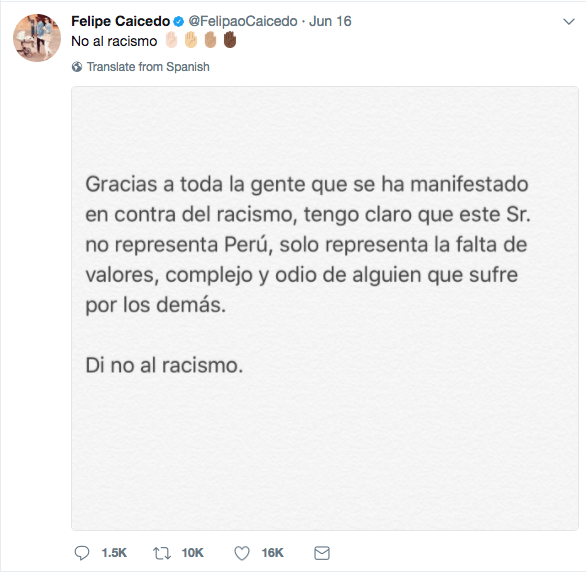 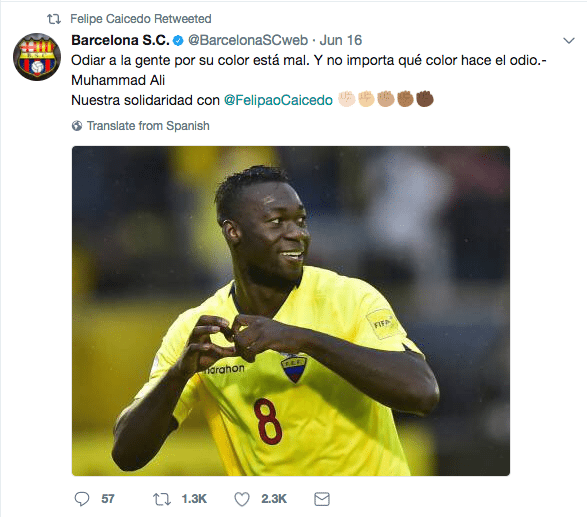 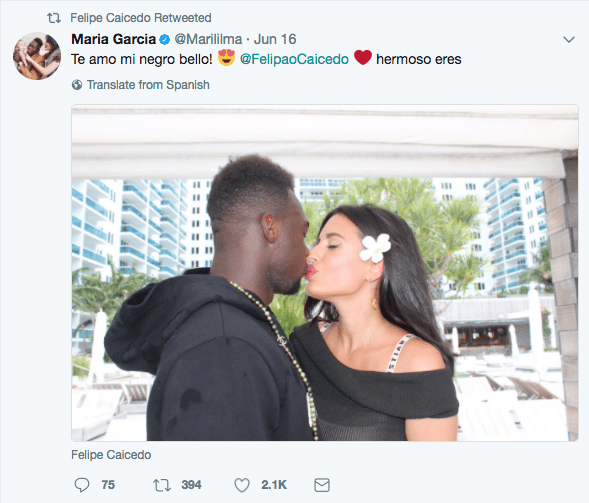 This kind of racist abuse is not new in soccer. For example, earlier this year, Brazilian player Everton Luiz suffered racist attacks during a game with Serbian team Partizan Belgrade. A few years ago, Dani Alves confronted racist slurs by eating a banana that was thrown at him.