Full disclosure: I was a research associate at the Center for Puerto Rican Studies (2012–2016) and I have a forthcoming book with Centro Press. 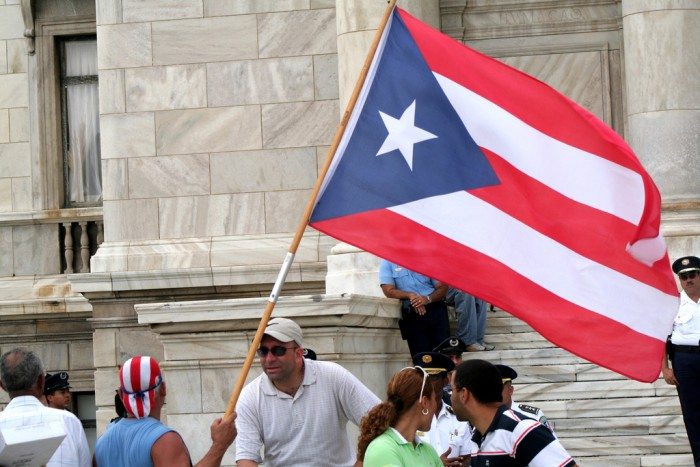 It seems that Puerto Ricans can’t catch a break. The list of ailments is long—the many crises castigating the island and the fiscal board; our communities’ socio-economic disadvantages; the controversy surrounding the Puerto Rican Parade honoring Oscar López as a National Freedom Hero; and now, the defunding of the Center for Puerto Rican Studies (Centro) by the New York City Council.

There seems to be a war among Puerto Ricans: a war to no end. It seems we need no enemies. We are our worst enemies. In a recent newsletter from National Institute for Latino Policy and Angelo Falcón, Council’s decision to Centro’s funding in half seems to be nothing but a personal political vendetta:

The story behind this, which has been circulating widely in the Puerto Rican community, is that it was the result of Council Speaker Melissa Mark Viverito’s retaliation against the Centro’s Director, Edwin Meléndez, for his failure to come out publicly in support of the Puerto Rican Parade and Oscar López Rivera. Mark-Viverito was reportedly angry at Melendez and cut the funding that she had done so much to get for the Centro in the last four years.

I would like to believe that this is not the case and that there is some logical explanation for the Council’s decision. However, Falcón seems to be right on his assessment. The Council explained that the move was necessary so it could fund new Haitian and Mexican Studies centers. This explanation, however, only pits these communities against each other—at a moment in which solidarity with our Caribbean and Latino brothers and sisters is imperative. Moreover, why not split the funding for the new centers between the Center for Dominican Studies and Centro? They both used to have the same funding from the Council ($970,000 annually). I have worked closely with the Center for Dominican Studies so it is not my goal that it gets defunded neither do I wish to play divisive politics. I’m just pointing out how illogical the council’s argument is.

The decision to cut funding raises many questions: Are Puerto Ricans no longer relevant in city politics? Is the experience, culture and history of roughly 9% of NYC’s population and a growing stateside diaspora not worth preserving? Do Puerto Ricans even matter? The answer to these questions do not seem obvious.

Was Centro defunded because it did not live up to its mission? That could hardly be the case. Centro has transformed from a virtually unknown research center into a nationally recognized institution. All that has happened under the leadership and of Meléndez.

This is a short list of what Centro does:

And this is not all that Centro does. Under Meléndez’s leadership, Centro has also served as a convener for ALL PUERTO RICANS. Boricuas from all walks of life and political persuasions, skin color and gender orientation have a welcoming place in Centro. This is why Centro has successfully sponsored Diaspora Summits, the first NYC Summit on Latinos and many other outreach, community and academic events. Centro has also become a bridge between the island and state-based community.

I’m personally invested in seeing Centro’s funding restored not only because I understand and value what Centro does and the spaces it provides, but also because I know the people who will be affected by the Council’s decision. This may be a black eye for Meléndez (and no one who actually cares about the Puerto Rican experience should celebrate it), but he will be fine. The people who are going to be deeply affected are the ones who balance several part-time positions in the city or hold a couple of part-time positions at Centro to be full-time equivalent.

Let me tell you something about them—they go above and beyond when it comes to work hard to fulfill Centro’s mission. I can speak about those who worked for me during my tenure at Centro but these qualities apply to the whole staff. It was common for them to stay at Centro to finish a project after completing their hours. Several times I had to tell my research assistants (who worked on an hourly rate) not to work on weekends. I could tell they were working on our projects because of the changes to our shared files. It did not work. They kept at it. This is how committed they are to Centro’s mission.

But staff members are not the only ones affected. Due to Puerto Rico’s many crises, a new migratory wave is hitting the mainland, with 89,000 island-based Puerto Ricans moving to the States last year alone. New York City is receiving many of these migrants. It is completely illogical to gut Centro’s funding at this historical juncture.

In his newsletter, Falcón argued that “the Centro, some have noted, is seen as having drifted far from the progressive roots of its founder, the late Frank Bonilla, in its efforts to mainstream itself by ignoring the institution’s original motto: Aprender es Luchar, Luchar es Aprender.”  NOT AT ALL. Centro has not deviated from that motto. But Centro has become more inclusive—a place for ALL Puerto Ricans.

If the slashing of the Council funds was in fact due to Meléndez’s reluctance to publicly support the parade and Oscar López Rivera as Centro’s director, I applaud Edwin’s integrity. Centro is a premier academic research institution. It took a lot to be recognized as such. Jumping into the political arena would undermine the validity of anything produced in Centro. Puerto Ricans Studies is not a joke, and Centro should not be treated as a political tool.

The City Council should restore its allocation of funds for the Center for Puerto Rican Studies. They may have forgotten, but Puerto Ricans do matter—in the city, in the state, and anywhere they can be found.