These Students Are Striking Back Against SB 4 Hate in Texas

By Viri Sanchez and Karla Quinones

Four months ago, on February 16, thousands of high school students across Texas joined together in a collective effort to stand up against hate. On that day, we stood side by side with our classmates and walked out of school to join the national “Day Without Immigrants” strike. It was a non-violent protest against Donald Trump’s anti-immigrant agenda and retaliatory immigration raids in central Texas. 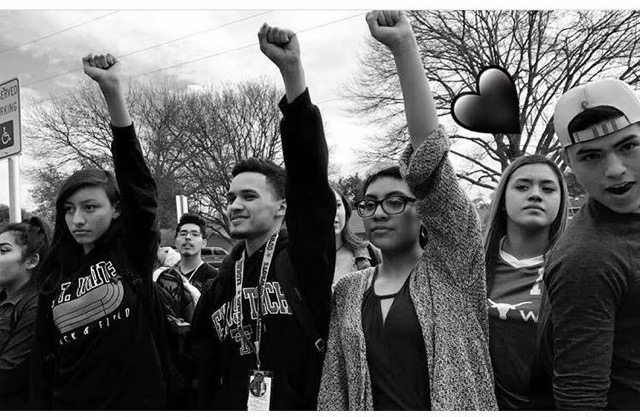 We walked out of school that day to show the world that we will not live in fear or be divided by injustice.  The message from students was clear:  This is our home.  And we will fight to get the Latino community in Texas the dignity and respect that we deserve.

That’s exactly what we did and will continue to do.

Since that day in February, we have worked to organize our community to fight the attacks against immigrants, Latinos and all people of color.  Today, that means fighting back against SB 4, Texas’ racist “show me your papers” law, and it means building grassroots power from the ground up.

Signed into law on May 7 by Texas Governor Abbott, SB 4 is one of the most anti-Latino and anti-immigrant laws in the country.

When the law goes into effect on September 1, SB 4 will force local police into the role of immigration enforcement, legalize racial profiling and forbid police to decline any detention requests from Trump’s deportation force, aka ICE. 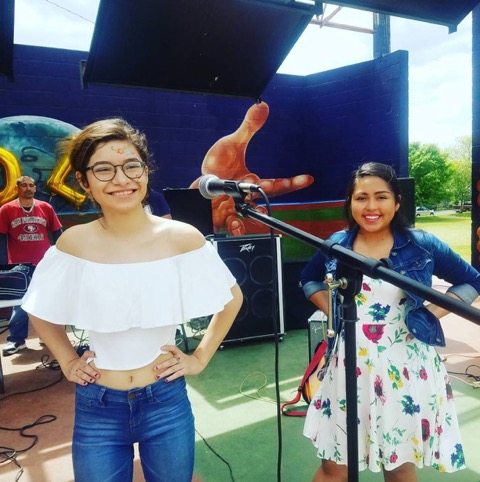 Texans like us will be asked for our papers simply because of the color of our skin and local police will be expected to detain and deport mothers and fathers instead of working to keep our neighborhoods safe.  This is not about public safety.

Of course the Trump Administration announced its support for SB 4 last week. It only makes it more clear what this law is really about.

But we will not allow this to happen in our home, in our state. We will not allow our communities to be profiled, discriminated against, and detained because of the color of our skin. We will stand together against these attacks.

As students and as young Latinxs, we will not comply with this hate.

That’s why we are calling on youth and students across Texas to take action with us on Friday, September 1, the day SB 4 goes into effect, and join us at the Texas State Capitol for a Youth Rally Against Hate. That means taking action by showing up and speaking out. It means raising our voices with communities across Texas to say Basta SB 4! Basta Texas!

And again, the message will be clear. The 11 million Latinxs who call Texas home aren’t going anywhere. We are ready to fight against the politics of hate and fear, and get stronger every step of the way. Will you join us?  Check out bastatexas.org/freedom-summer for more. 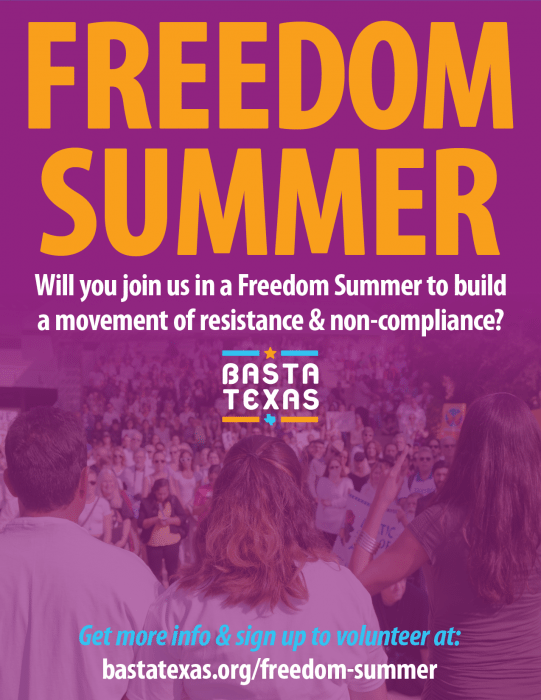