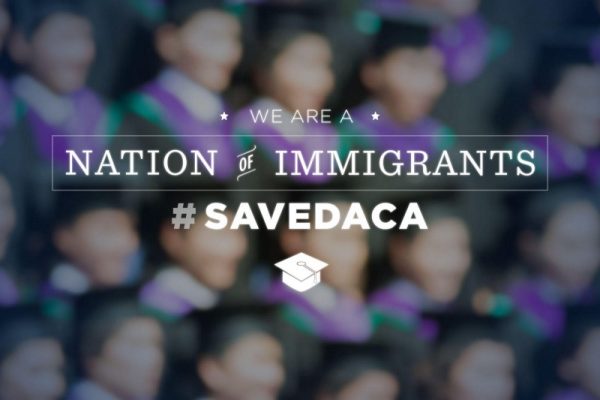 The following is a Thursday night statement from Marielena Hincapié, executive director of the National Immigration Law Center, in response to reports that President Trump is considering the end of Deferred Action for Childhood Arrivals (DACA):

If Trump decides to end the successful DACA program, it would signal that he has decided to follow the advice of the more extremist voices in the White House and appeal to the white supremacists in his base rather than to courageously lead in this moment. For more than five years, DACA has improved the lives not just of the young people who benefit from it, but of millions more who live and work with immigrant youth each and every day.

During more than seven months of being operative during the Trump administration, the DACA program has worked just as well as it did under the Obama administration. Trump’s possible decision to bend to the will of a few state attorneys general who gave him a legal ultimatum would be shortsighted politically, economically, and societally.

After so much damage, Trump has an opportunity to do the right thing by keeping this program in place. He shouldn’t squander it.

DACA has been a lifeline for nearly 800,000 young people who have been able to flourish because the federal government gave them a chance to live, study, work, and grow in the country they call home, without the fear of being deported. We will use every tool available inside and outside the courtroom to protect the rights of DACA recipients and all of our immigrant family and community members.

Here is another Thursday night statement from Vanita Gupta, president and CEO of The Leadership Conference on Civil and Human Rights:

It would be a grave moral and legal error for the Trump administration to end the DACA program. We must not allow the hate and violence we saw in the streets of Charlottesville to become the guiding force for policymaking in this country. Targeting innocent immigrant young people would only deepen the moral crisis President Trump has plunged his administration into.

In addition to being morally bankrupt and unjust, tearing immigrant families apart is bad for our economy. And sending people deeper into the shadows will only make our communities less safe. Instead of sowing more hate and division, we need to get back to the basic values of justice, fairness, and inclusivity that America was built on.

Immigrant youth fought to create the DACA program and we will fight like hell to defend it.

Killing DACA is a violent white supremacist priority. Trump said that immigrant youth could “rest easy” and Speaker Ryan said we were safe, but has done nothing. Now Trump is considering taking protections away from me and 800,000 immigrant youth to make us vulnerable to being chased down by ICE agents, locked in detention camps and deported. This is outrageous!

After Charlottesville, the fate of DACA will be the first major policy test of the Trump Administration.

It is time for all people to organize with fierce and unapologetic determination to counter the vicious hate being pushed by Texas Attorney General Ken Paxton and white supremacists in the White House. We will not be pushed back in the shadows because this is our home and we are #HereToStay.