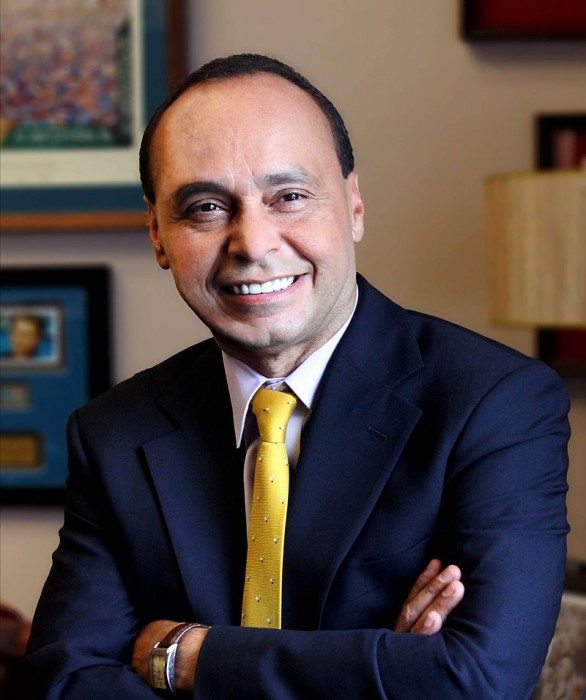 Hours after the Deferred Action for Childhood Arrivals (DACA) program was rescinded on Tuesday, the office of Rep. Luis Gutiérrez (D-IL) issued the following statement from the Illinois Democrat, who was seen as an early advocate of the DACA program:

I personally will not support any funding bill that does not include a safe harbor for DREAMers—and I will work to have others join me in opposition. If they need our votes, we are bringing 800,000 young immigrants with us.

I have already spoken with Members of the Congressional Hispanic Caucus (CHC) and will be talking to other Democrats in the House, but if Republicans need our votes, we need to have legislation to protect immigrant youth who have DACA.

As a movement, we will not go away, back down or give up because the President has taken this callous and destructive action. The CHC, other Democrats, and the pro-immigrant movement fought hard against a Democratic President to win DACA and I am confident my CHC and Democratic colleagues will fight a Republican President even harder to defend DACA, in the courts, through legislation, and community by community and deportation by deportation, if necessary.

Immigrant youth, immigrant families, and our allies in all sectors of American life are here to stay, regardless of the President’s mass deportation fantasies and objectives. Americans will not let this President dictate the fate of the immigrants who have placed so much trust in their country.  We have stood at airports to resist the Muslim Ban, marched with women to protect their rights, denounced  racist and homophobic violence, and fought to defend Planned Parenthood and now young immigrants need everyone’s help. I watched families line up by the tens of thousands at Navy Pier in Chicago in August 2012 just for the opportunity for one or two of their children to achieve safety and security in America. I am not prepared to give up on them and will not.

America is a better country than its President and most Americans do not want to see documented immigrants converted into undocumented immigrants. It just takes the country in the wrong direction and will be devastating to individual immigrants and families. The disruption, chaos and fear that this action precipitates will also strain state and local governments, educators, and employers. DACA is a program that has been a smashing success, yet the President, purely out of spite and incompetence is smashing DACA.

General Kelly, when he was the head of Homeland Security, lied straight to the faces of the Congressional Hispanic Caucus about preventing the mass deportation of DREAMers. Now as Chief of Staff, this former general is executing the plan to take away their lifeline and taking steps to criminalize young people who live and work here legally. General Kelly is a hypocrite who is a disgrace to the uniform he used to wear.  He has no honor and should be drummed out of the White House along with the white supremacists and those enabling the President’s actions by ‘just following orders.’

This Administration is on a very dangerous trajectory towards the full-throated endorsement of white supremacy—the likes of which we haven’t seen in the open from a sitting President for a century. President Trump followed up his weak and insincere response to racist violence in Charlottesville by pardoning notorious convicted racist Joe Arpaio and condoning Arpaio’s abuse of official power in defiance of federal law and court orders. Trump praises those who marched at the University of Virginia with torches shouting ‘Jews will not replace us,’ and launched his campaign for the White House by saying Mexican immigrants are rapists and murderers. But this action on DACA to pull the rug out from under almost 800,000 documented immigrants who have lived here for at least ten years and cast them back into the shadows is the ugliest act of appeasement for the far-right’s white-supremacist goals of them all, so far.