Oh, Steve King, your reign as Congress’ Most Racist Pendejo continues. It is appalling to see you say the following fake mierda on Fox News Radio Friday and get away with it. You even admit that you don’t have the data to support your views, but hey, just because you spout bullshit, it must be true?

By the way, these kids that are characterized as being young kids that were brought here due to no fault of their own they’re all virtuous, we know. That’s the way they’re being described. Well, they’re not all virtuous and they weren’t all brought here by their parents. And many of them came in on their own. And their prime gang-age… gang-age recruitment. And I would lay this out—I don’t have the data but I don’t think anyone takes a bet with me. They’re predominantly male, and that’s because males travel more and some of them are drug smugglers. That would come into this [DACA] list, too. We need to be objective about this.

Ok, let’s be objective about this. Here goes. This is taken straight from the federal government’s DACA requirements:

And oh yeah, you have to make a biometrics appointment, too. 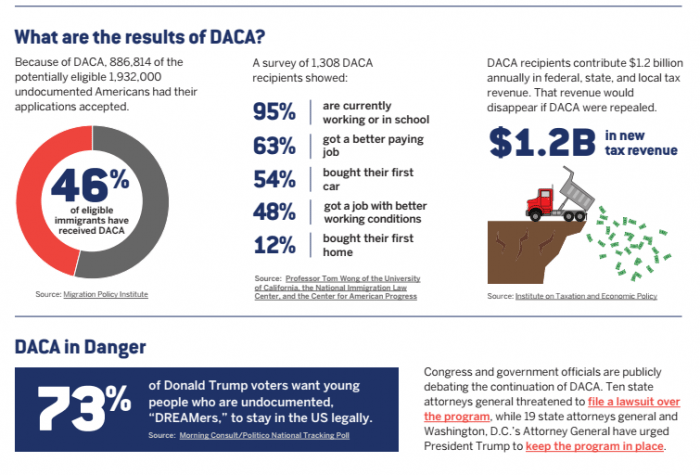