Why Trump Should Invite DREAMers to the White House (OPINION)

Originally published at the author’s Medium page: Life of Pablo. 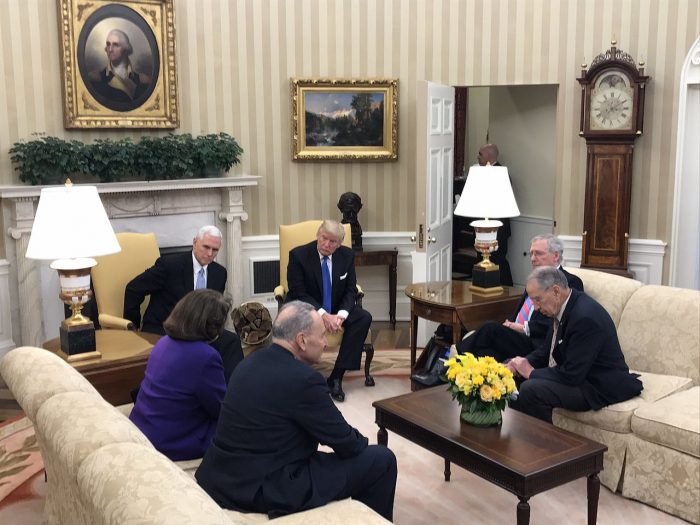 This is what an Oval Office meeting looks like. (Public Domain)

It took an act of God to save thousands of immigrant families this week from the horrors of a secret raid being planned by federal immigration officials. Hurricane Irma prevented Immigrations and Customs Enforcement (ICE) from carrying out the the biggest immigrant roundup in its history. It’s unclear if ICE has cancelled the raids or postponed them. Such is immigrant life in Trump’s America. The president has called upon Congress to create legality for undocumented people and empowered a rogue federal agency to destroy millions of brown lives in this country. Over 92% of undocumented immigrants are Hispanic. This is a Hispanic issue, though you wouldn’t know it by watching top U.S. news shows where Hispanics on-air remain rare, even as the national immigration debate rages. 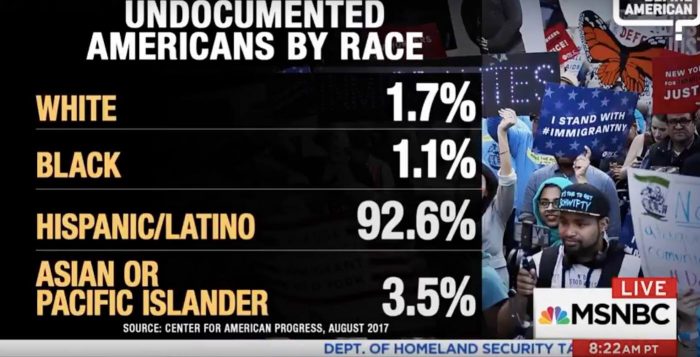 Yet despite this news, there is hope.

By inviting Democratic Party leaders Nancy Pelosi and Charles Schumer to the White House last week to broker a deal on hurricane relief and the debt ceiling, Trump left the entire political establishment astonished. Trump should bring that same maverick instinct to the immigration challenges ahead, now that he’s tasked Congress with cobbling together an immigration reform package that works for no one but Washington. 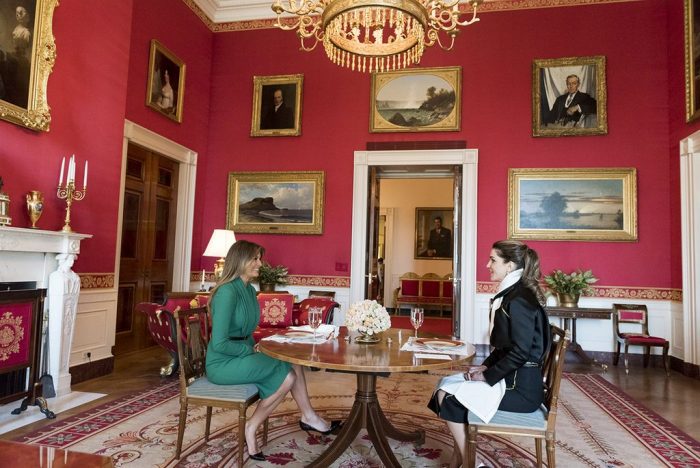 Melania is an immigrant. She could host the first DREAMer to ever visit the White House. (Public Domain)

Only instead of negotiating immigrant relief elements with Democrats, Trump should negotiate directly with the DREAMers themselves. Democrats will prioritize protecting Obama’s terrible legacy on the issue and cash-in on whatever enforcement trade-off ICE seeks in exchange for immigrant relief. DREAMers know this. They also know that not all Republicans are bigoted clowns like Congressman Steve King from Iowa.

Trump should do what Obama never would and invite DREAMers to meet with him in the Oval Office. Obama’s team had several reasons they would give, mostly rooted in protocol, for why DREAMers weren’t allowed to visit the people’s White House. Trump’s staff knows that the )resident chose every detail in his Oval Office redesign and that he’ll choose the visitors, too. DREAMers are welcome at Trump’s White House as soon as he invites them. General Kelly will see it done.

For at least the next six months, Trump should work as closely with the DREAMers as he and his White House do with ICE director Thomas Homan. Trump will quickly see that unlike the Swamp creatures of Beltway advocacy who overpromise and under-deliver, DREAMers are reliable. They get the job done. 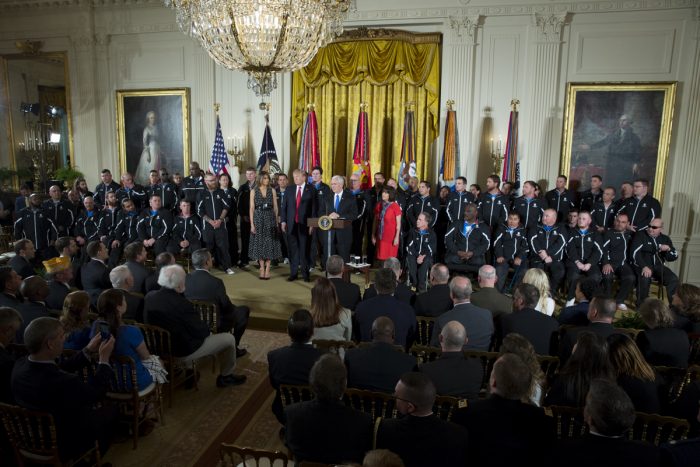 Selling legalization to the American people could mean filling this room with U.S. military Dreamers. Just a thought. (Public Domain)

If by some miracle the White House reads this and has the DREAMers by for a meeting, the DREAMers need to come to make deals. Know that massive ICE raids are coming and they are maybe non-negotiable in the immediate term. Recognize how badly the President and his supporters want a wall.

To me, the DREAM Act does nowhere near enough. For a young generation of immigrant advocates, the DREAM Act is fake news, a loser legislative brand in the Capitol junkyard of bills that never were. The conservative National Review, which is largely on-board with permanent relief for many undocumented, is already complaining about the “lame name” of the relief package Democrats are pushing (“Why must every proposed piece of legislation —DREAMers were named after the DREAM Act— be given a cheesy acronym?”). They’re not entirely wrong.

The DREAM Act makes many white voters, especially the fragile ones, question why the dreams of American immigrants are prioritized over their own American-born dreams. Their question is neither inherently racist nor dumb. It is however dangerous and unnecessary because the clock is ticking. DREAMers have six months, according to Trump, to get Congress to agree to legalize them and their parents. That said, at their Oval Office meeting last week, Pelosi pitched Trump on the DREAM Act. Trump tweeted he would sign the DREAM Act.

As Ben Domenech points out in The Federalist, if Trump capitalizes on his own party’s unpopularity by continuing down the maverick’s path for the rest of the year, he could conceivably negotiate ‘a clean DACA Christmas present’, as Domenech puts it. Unless the DREAMers themselves are at the negotiating table in the White House, I’m not so optimistic.

Meanwhile, if ICE’s history of leveraged escalations under Obama is any indication, expect ICE to continue to plan and execute “Mother of All Raids” enforcement actions in places that will cause the most fear and loathing in our immigrant communities. Remember: American taxpayers already pay more for enforcement and deportations than we do for the FBI, DEA, Secret Service, U.S. Marshals and Bureau of Alcohol, Tobacco and Firearms, combined. If ICE gets its way, that expenditure will skyrocket along with the rogue agency’s capacity to commit more foul deeds in America’s name.

The time is now for DREAMers to embrace manifest destiny as never before. Winter is coming, literally and figuratively, for undocumented immigrants in the United States. Expect Hispanic communities in every major metropolitan area to be particularly hard hit by the enforcement hurricane that’s coming as soon as mother nature pulls back for just long enough for ICE to continue on its anti-American path of destruction.

Pablo Manriquez is an entrepreneur, a pundit and a swamp creature. Made in Chile. He tweets from @pab_dc.