What Does US-Mexico History Tells Us About DACA and Immigration? 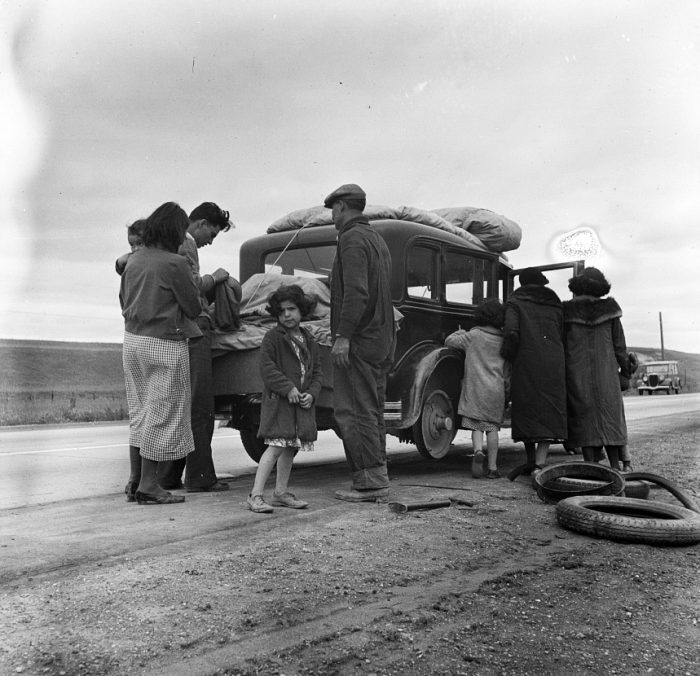 President Trump’s move to rescind the Deferred Action for Childhood Arrivals (DACA) places the livelihood of 800,000 people into the hands of Congress, with the hopes of establishing a suitable replacement. According to an article from the New York Times, 79% of DACA recipients come from Mexico, 84% of which applied in 2016. The relationship between the U.S. and Mexico along the lines of immigration is as old as the countries themselves. However, the power over livelihood and citizenship is one the United States is all too familiar with. U.S. officials seem to always base these decisions by what is deemed most convenient for them—but what does that mean for DACA recipients?

When we examine disability history and immigration as it pertains to Mexicans in the U.S., it brings about even more important questions. Kim E. Nielsen’s book A Disability History of the United States, provides a comprehensive history of the experiences of differently abled people by making them the focal point of American history. Beginning with pre-1942 United States towards the present, Nielsen describes the complexity of disability as a category and the various ways it has been transformed by those experiencing and defining their ability/disability. Particular attention is given to ethnic minority groups often ignored by dominant historical narratives, specifically Mexicans. Scholars such as Carmelita Castañeda (et al.), Howard Markel, and Alexandra Minna Stern also describe the ways in which language specifically played a role in U.S. disability history by examining it as an extension of viewing the body as disabled.

This approach highlights how the bodies of Mexicans were judged on their ability to labor, and therefore be deemed “worthy” for participation in the U.S.

Chapter six of Nielsen’s book, “Three Generations of Imbeciles Are Enough,” focuses specifically on the Immigration Act of 1882. Nielsen argues the Act “prohibited entry to any ‘lunatic,’ idiot, or any person unable to take care of himself or herself without becoming a public charge.” Thus, immigration officials performed snapshot diagnoses —a labeling of individuals based on how they dressed, talked, their facial expressions, and even mannerisms— all believed to be indicators of defects and/or sexual perversion. The use of snapshot diagnoses were not only a way to identify people considered “undesirable,” but also served as a tool immigration officials could use to help monitor and shape “American” identity based on citizenship. This meant there was only room in America for those deemed fit to provide for themselves.

The thread of connecting ability to labor stretched as far as the West Coast where Asian immigrants were deemed “too disabled for democracy” but Mexican immigrants, specifically their bodies, were deemed “‘uniquely able-bodied’ for physical labor…but not for democratic participation.” It’s at this point that the value of immigrants was confined to their ability to labor and produce for the U.S. In some cases where language was involved, Mexican immigrants tended to fall into the category of “mental imbecility.” Carmelita Castañeda (et al.) explain, “during the 1880’s and 1890’s, people with ‘mental retardation,’ as well as people who spoke English as a second language, were considered disabled or defective in the United States.” The use of language was not only a marker of ability/disability, it was also a marker of citizenship in the United States, a process often overlooked.

The research of Howard Markel and Alexandra Minna Stern describe the connections between immigration, public health and the construction of disease between 1891 to 1928. Markel and Minna Stern explain that unlike Asians, who ranked highest in experiencing the effects of the exclusionary immigration laws and regulations, Mexicans were highly sought after for their labor and were eventually excused from literacy tests, head taxes, and contract labor clauses. The preferential treatment towards Mexicans was blatantly obvious that Markel and Minna Stern claim Syrians and Greeks tried to learn even basic Spanish in order to gain entrance to the U.S. The result of these historical factors enforced the double logic of the United States’ perception of immigrants by adding value to the body and its ability to labor; constructing the notion of disability as an unfortunate effect of labor; including the lack of English proficiency as a marker of defectiveness; and eventually only supporting citizenship and disability through economic advancement of the country.

At first glance, it may seem as though the focus on language as a determinant of disability or “mental imbecility,” as categorized by the U.S., amounts to only a minuscule aspect of disability history, especially as noted in the brief discussions of aforementioned scholars. The interconnectedness of social categories like socio-economic status, citizenship, race/ethnicity, and even epidemiology, however, are unavoidable. The use of language and disability as deterrents from citizenship and inclusion in the broader aspects of American life create a ripple effect of inclusion and exclusion that manifests in policies and perceptions of the “other.” Arguably, the enforcement of these regulations and ideologies contributed to discriminatory educational policies that categorized Mexican-American students as disabled, banned them from speaking their native languages, and even perpetuated “job stealing” rhetoric.

Even to this day, the view of the body as valuable only as much as it can provide a benefit to the U.S. is evident. For example, the introduction of the RAISE Act by President Trump, a policy on immigration based on a points system that favors English proficiency, higher education, and unusually high levels of wealth follows this similar trend. So does the ENLIST Act, which would provide a pathway to permanent residence for immigrants who entered the U.S. under the age of 15 and are serving in U.S. armed forces. Both of these acts beg the questions: Can and will the U.S. ever be able to disrupt the view of immigrants as a burden as long as it is tied to one’s ability to labor? When will the lives of immigrants matter more than the value we arbitrarily ascribe to their bodies? Will the hopes and aspirations of Dreamers ever become reality in this country, President Trump?

Jaime Gonzalez is a Chicano raised in California but now lives in Wisconsin. He has a BA in Anthropology and Ethnic Studies from Lawrence University in Appleton, WI. His interests include Chicano culture, contemporary social justice and pop culture. Jaime is currently an MA student in an interdisciplinary Liberal Arts program at St. Norbert College in De Pere, WI.